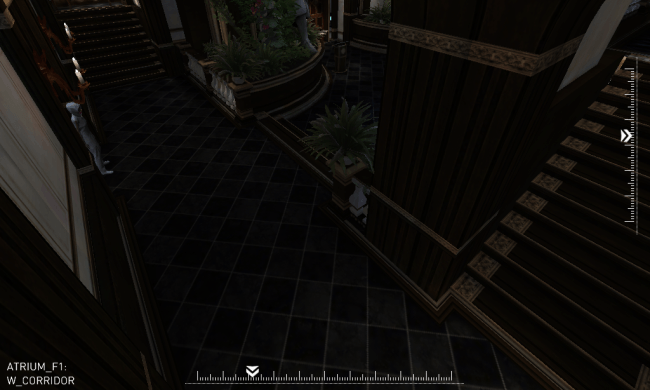 It’s a surveillance society, and we’re all just living in it. At my day job, I have to admit that I happily contribute to it. Other times I do wonder about the implications of it all, and the folks at Camouflaj obviously do too. Their sci-fi stealth survival game République explores the positive and negative aspects of omnipresent cameras and a connected civilization, and does it with a storytelling flair few mobile games have managed to date.

If setting the mood of a video game was a college course, République Episode 1: Exordium would be the professor. You meet the game’s protagonist, a girl named Hope, when she calls you for help. She may or may not have read something she shouldn’t have, which is against the rules in the (apparently near future) city of Metamorphosis. The Orwellian buzzwords fly during the opening scene of dialogue – Recalibration, The Arrival, etc. – but it’s clear Hope is in trouble, and only you can help. 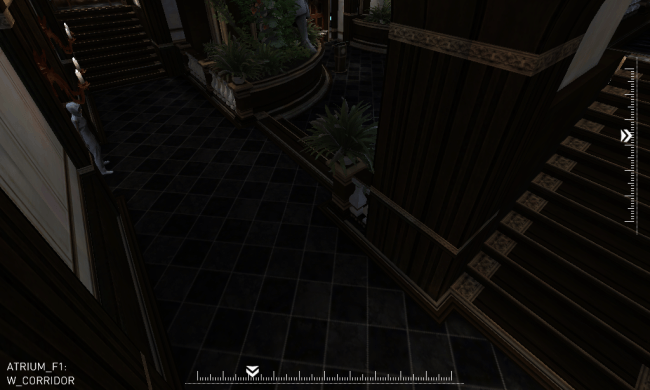 The reason you can help is both a plot device and a nifty gameplay mechanic. It turns out you are hacked into the surveillance system of this particular totalitarian nightmare through Hope’s cell phone. You can hop from camera to camera to see where Hope can’t, looking ahead to help her evade her captors.

And that’s just the tip of the iceberg. Using the special OMNI software, you can not only see how the cameras are linked together, but you can also pull off useful tricks like unlocking doors, seeing through walls to find the guards, and finding items like pepper spray. You’ll also find pieces of propaganda that fill in the game’s world and work as currency you can trade for additional abilities, like scanning the guards’ email and causing distractions.

If all of this sounds like too much power, don’t fret: République is plenty challenging. Hope can only move when you have the OMNI view off, and she has to stay out of sight at all times. The guards follow specific patrol patterns that you can use to your advantage, but once they find her, it’s pretty much over unless she has pepper spray handy – and that only puts them out of commission for a bit. If caught, Hope gets taken back to her holding cell, and you’ve got to get out and start again. 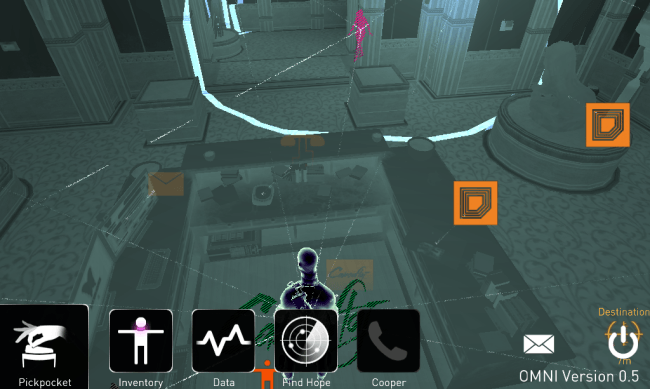 The interface for all of this is simple, but fairly elegant. One tap switches to OMNI view, and it’s usually obvious what you can interact with in that mode (plus it’s just a cool visual experience too). Hope usually goes where you want her to just by tapping in the regular view, though you will experience the occasional misstep that ends up blowing your cover. On the plus side, sometimes doors will act like the county line on Dukes of Hazzard and stop guards from chasing you, the rare glitch that actually works in your favor.

Fortunately, anything that might ruin your immersion in the game world is more than canceled out by all the things that pull you in. The facial expressions are the highlight of the Unity-based graphics, conveying true emotion in a way few mobile titles have managed to date. A stellar voice cast full of names you may recognize (like David Hayter, Jennifer Hale, and Dwight Schultz, just to name a few) also does some great work.

And without giving away too much of the story, it’s safe to say République is full of characters you want to learn more about. There’s your guide to hacking the system, Cooper, who communicates only in voice-to-text and emojis to hide his or her identity. The revolutionary Zager, who’s been hiding right in the middle of the hornet’s nest the whole time, is also an intriguing puzzle, as is Hope herself. 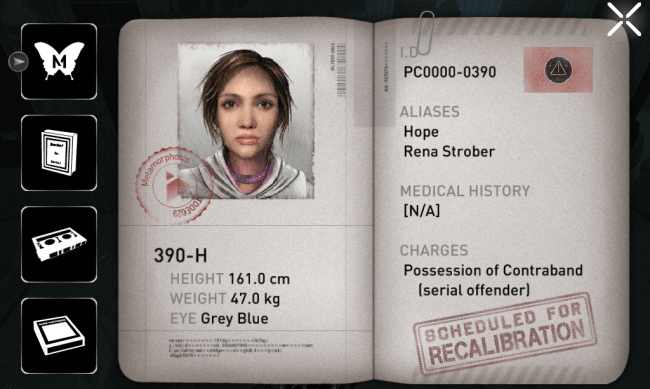 Unraveling it all is going to take a while, as this is only the first chapter of a five-part story. Piggybacking on the success of episodic series like Telltale’s The Walking Dead feels like the right move for a game like this, and there are extras included for people who take the leap of faith and buy the “season pass” to get all five installments – like interactive developer commentaries that are cleverly embedded as Camouflaj tags you can see in OMNI view.

If you’re like me, you’re going to want to see how this particular story plays out. République Episode 1: Exordium is the rare game that marries effective gameplay with something topical to say and a unique way to say it. Get it, play it, enjoy it – just don’t let the powers that be know how much fun you’re having throwing a monkey wrench into the machine of authority. You know, just in case they’re watching and listening.

The Walking Dead: Season 2, Episode 1 – All That Remains Review