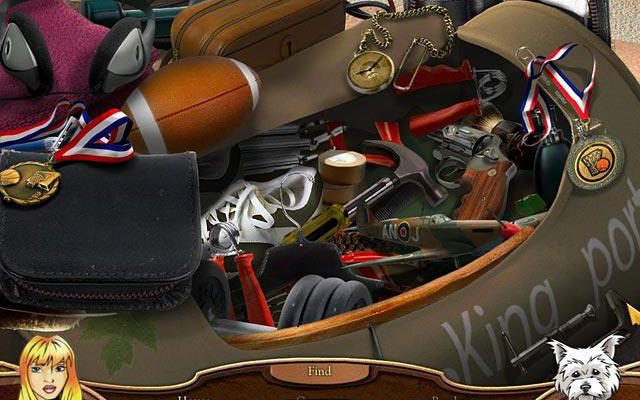 Can you find the relics and save Penny’s father before it’s too late?

Your father has been kidnapped. Thieves have begun a search for a series of magical relics. A mysterious letter is left for you, asking desperately for help. All of these things are connected, but how? In Relics of Fate: A Penny Macey Mystery, you’ll find the answer to that question and more, as you work to save your father, discover the meaning behind the relics, and save your town from a conspiracy, before those responsible can end your journey for good.

You play as Penny Macey, the daughter of PI Jack Macey, who was working on a case involving a set of eight mysterious relics that contain an unknown power. After getting too close to the truth, your father is kidnapped, and you are called to action to not only save him from his attackers, but also find the eight relics before anyone else can. 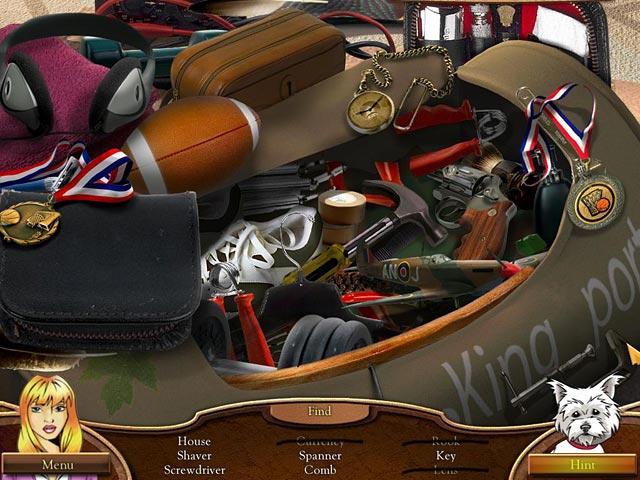 Gameplay here is a fairly standard combination of hidden object and puzzle gameplay, but the hidden object portion of the game can be taken as two parts. For one, you have a nice balance of regular hidden object scenes (find items from a list), and those items that you know you must interact with, but can only do so after finding other items in the overall environment. You’ll dig through trashcans, look under sofa cushions, on bookshelves, under desks and so on to find items like broken pipes, coins, tapes, etc. which all go into your inventory and frequently need to be combined with another item to serve their purpose.

Your time spent searching for items will account for most of the game’s 3+ hour length, but you will come across a few puzzles as well. Some of these puzzles, like jigsaw puzzles or word searches, are fairly straightforward, but there are others, like tile rotation or swapping puzzles, that give you no explanation whatsoever as to what you’re supposed to be doing, expecting you to figure it out via trial and error. You are allowed to skip puzzles if you become too confused (or agitated), but doing so adds 20 minutes to the in-game clock (the clock being more for personal pride than something that actually alters gameplay).

Your progression through each location is entirely linear, but you are given a map early on, noting the location of each of the lost relics, which allows you to choose which location you’d like to go to first. There, you’ll find other characters to speak to, all of whom seem to have no idea they even own a relic in the first place, and many of whom have already been robbed (but apparently the robbers didn’t know what they were looking for either). 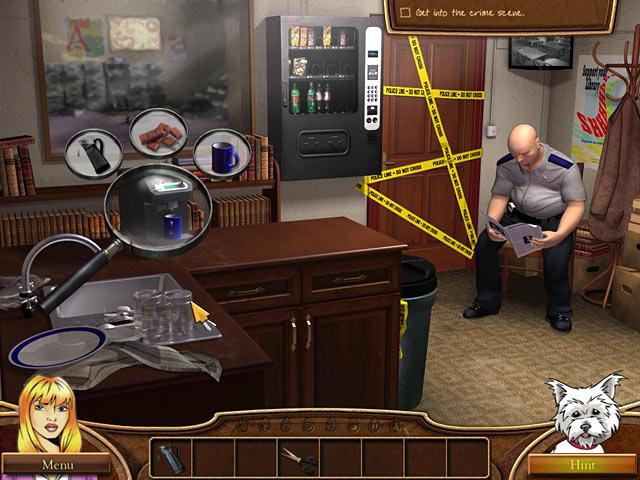 It’s in this that game hits another flaw, this one with the story. Penny isn’t a police officer – she isn’t even a PI, and yet these people let her come into their homes, and tamper with or collect evidence as though she had a right to be there. What’s more, Penny breaks more rules and laws than even the thieves themselves do, tampering with security equipment, breaking and entering into buildings through sewer drains, and even resorts to stealing items herself if she needs them. Perhaps I’m taking the game too seriously, but it seems as though Relics of Fate wants to be taken seriously as a crime-solving game, with accurate fingerprinting puzzles, the ability to match shoe prints to find culprits, and more. Sure, games are supposed to allow realism to fade, but this odd balance of moral responsibility, which makes up the entirety of the game, makes Penny fairly difficult to like.

Technically speaking, the game performs adequately, though there are some muddy graphics in spots (especially with anything animated), and there is the convenient hint button that will allow you to quickly find your way out of any jam. Some hint buttons are only available in hidden object scenes, for instance, so this is a nice touch.

All told, if you can let yourself become accustomed to Penny’s way of doing things (that is, throwing all regard for realism and law out of the proverbial window), the gameplay here is fairly solid, if a bit repetitive, and is sure to offer you enough enjoyment to push through to the end.