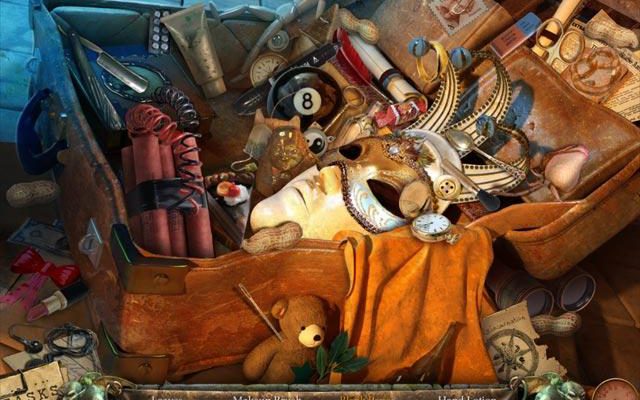 Reincarnations: Uncover the Past

The trouble with having a special power is that sooner or later, you’re bound to run into some jerk who wants to exploit it for his own benefit. Just ask Jane, a journalist who discovered she has the ability to not only visit her past lives but to actually interact with the world in which they took place. Life was good until word of her talent reached the conniving Dr. Weiner, who decided to commit Jane to his asylum and experiment on her in order to become the most famous psychiatrist in the world! It’s a lame plan, sure, but Jane’s pain is our gain, as Reincarnations: Uncover the Past turns out to be a pretty decent choice for players in the mood for some straight-up hidden object adventuring.

Things aren’t going so well for Jane these days. She’s been imprisoned in a dilapidated, 19th-century-style asylum thanks to the machinations of Dr. Weiner (yes, seriously, Dr. Weiner) and the gutlessness of Dr. Herzle, who helped Jane unlock her power in last year’s Reincarnations: Awakening but has decided at this critical juncture that the best he can do is stash a magical amulet in her room and hope that she can use some of her past lives to somehow bust out on her own. Thanks a lot for that, doc. Fortunately, this being a hidden object game, it’s actually a viable plan, and thus the tale begins! 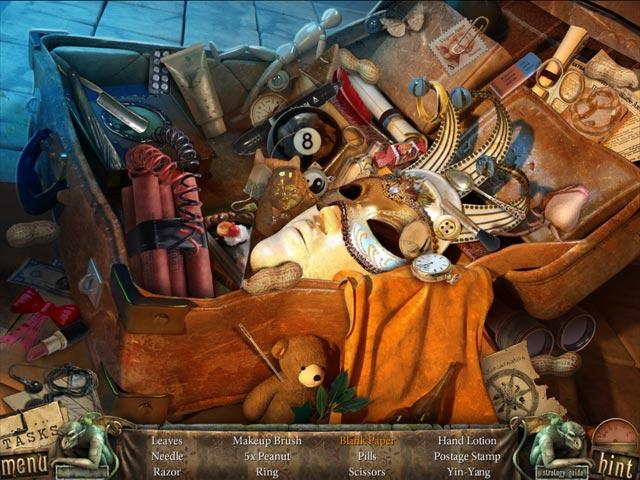 Despite having a limitless variety of potential locales to work with, Uncover the Past, as we’ll call it for the sake of brevity, has only two past lives to explore, in Victorian London and Renaissance Venice, along with some running around in the asylum itself. In London, you’ll investigate the murder of your brother, the proprietor of a magical puppet theater, while in Venice you’ll aid the escape of your dear lover Fabio, who has been cast into a dungeon by your disapproving and slightly evil father. Each area is quite large, with lots to do, and as a happy side effect the small number of worlds helps the game avoid the bugbear of repetition that plagues so many HOGs. Moments of frustration pop up now and then but not once did I feel the sting of sameness and for people who play a lot of hidden object games, that’s a big plus.

The attractively hand-painted levels in Uncover the Past look great, and the soundtrack is almost as impressive. Hidden object scenes feature the usual variety of random items stashed in oddball junk piles, some of which must be “uncovered” in some manner or other, such as an egg that must be broken in order to reveal a yolk, and certain items will go into your inventory for use later. Many of those inventory items need to be used in the game’s puzzles, which are often missing one or more components and can’t be solved until they’re fully assembled. The puzzles themselves range from the simple to the very challenging or frustrating, depending on your patience and frame of mind, and all can be skipped after a timer expires. 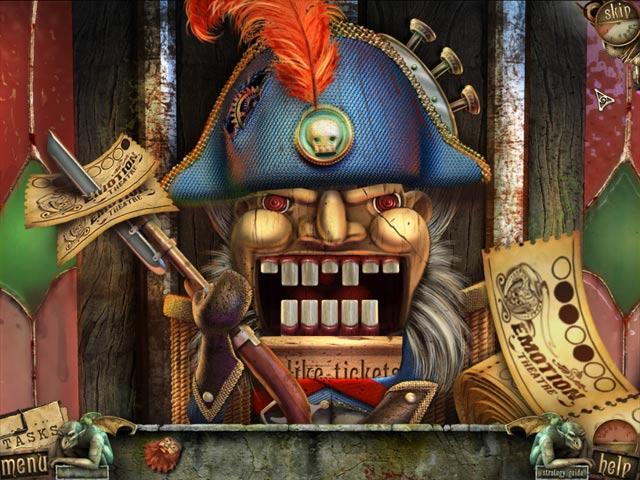 The manner in which “covered” items in hidden object scenes are revealed can be annoyingly random. Some, like the aforementioned egg yolk, are fairly obvious, but many will only be stumbled upon through liberal use of the hint function or some good old-fashioned pixel hunting. The integration of hidden object searches and puzzles is pleasantly novel but can also be exasperating, as the game requires a lot of movement between rooms which can make keeping track of what goes where a bit of a chore. More than any other hidden object game I’ve ever played, Uncover the Past is also extremely sensitive to misclicks; three false clicks in anything remotely resembling succession will incur a penalty, although luckily it’s nothing worse than a few seconds delay.

Like everything else in Uncover the Past, the Collector’s Edition brings a decent but entirely unsurprising array of bonus material that’s unlocked once the game is completed. Concept art, wallpapers, music and screensavers are all there, along with “Circus Rainbow,” a brief bonus level in which players return to a past life as a fledgling lion tamer in a traveling circus. This third reincarnation is fun but doesn’t match up to the other two in either size or intrigue, and none of the other extra content is compelling enough to make the special edition of interest to anyone but serious fans.

Reincarnations: Uncover the Past is a tricky game to nail down. It does what it does very well and there’s plenty of it, enough to keep most players busy for a few hours. None of the rough edges, like the tendency to let players wander aimlessly, are especially egregious. But it doesn’t even try to do anything new. From the puzzles to the whimsical-creepy levels to the story itself (When was the last time we had to escape from a crazed doctor in charge of a dungeon-like insane asylum? Oh, I remember, about two weeks ago), this is all stuff we’ve done before. That’s not necessarily a bad thing, and this is a very good choice for anyone after a solid, stock hidden object adventure. Gamers looking for something a little different, on the other hand, might want to look elsewhere.