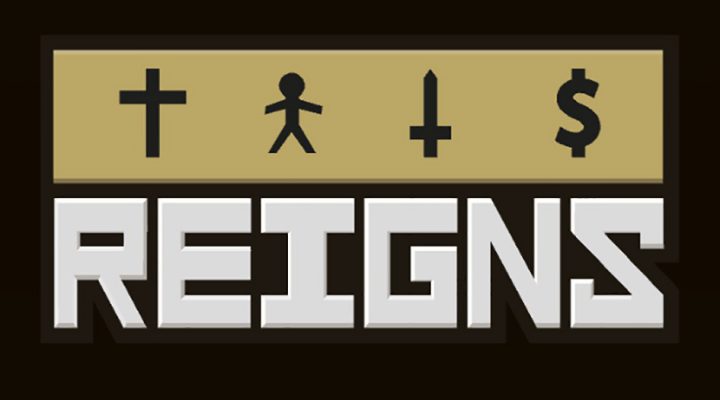 Does get samey after a while

Not one for adrenaline junkies

Tinder. Solitaire. Interactive Fiction. There are a lot of buzz words you could throw at Reigns. It’s an unusual mix, but each of those words sum up a part of the game. It’s a unique way of doing things, and one that richly deserves your attention.

You play the ruler of a kingdom, frequently being given many important decisions to make. Working as a form of card game, a brief bit of text along with an image highlights what the issue is. You then either swipe to the left or right to make your decision. A subtle tweak in one direction shows you what your choice is, along with how it might affect your kingdom through a series of bars at the top of the screen. 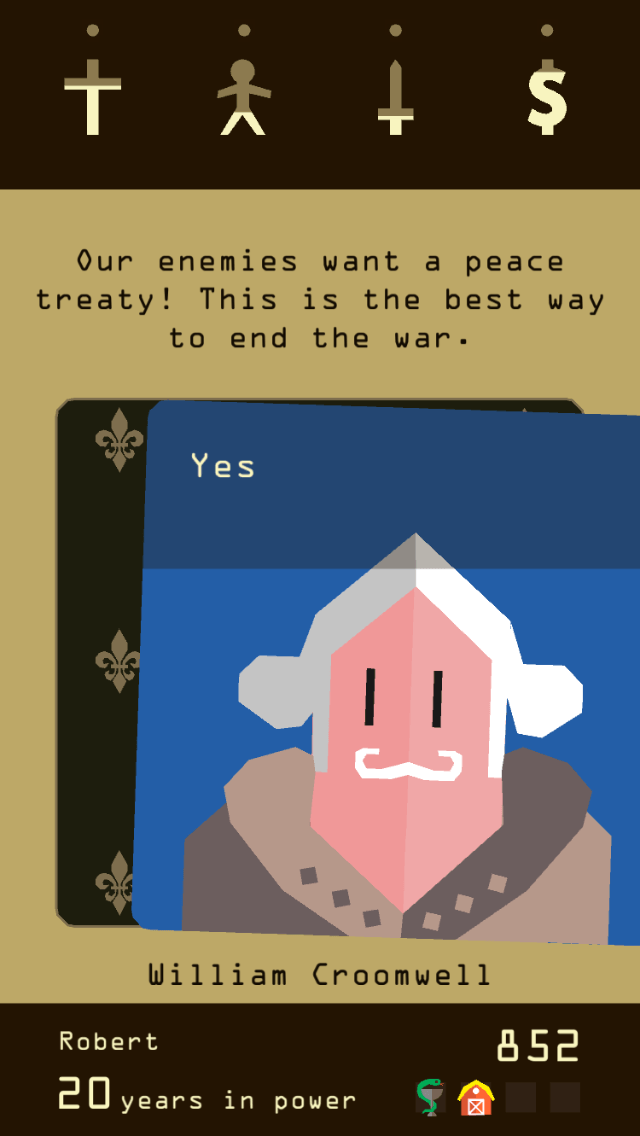 The key here is to keep things balanced. You don’t want to run out of money because that’ll cause your kingdom to collapse, but you also don’t want to annoy the people too much, because they’ll rebel and you’ll be overthrown. It’s a constant balancing act, but it’s fascinating to see how things play out.

That’s because Reigns doesn’t stick with boring quandaries. You can leap wildly from dealing with a famine to dealing with a magician that wants to teach you some sinister magic. Another time, you might find yourself at war with an opposing faction before getting stuck in a dungeon for a while. Just when you think you’ve seen a lot of what Reigns has to offer, it’ll invariably throw something a little weird your way. 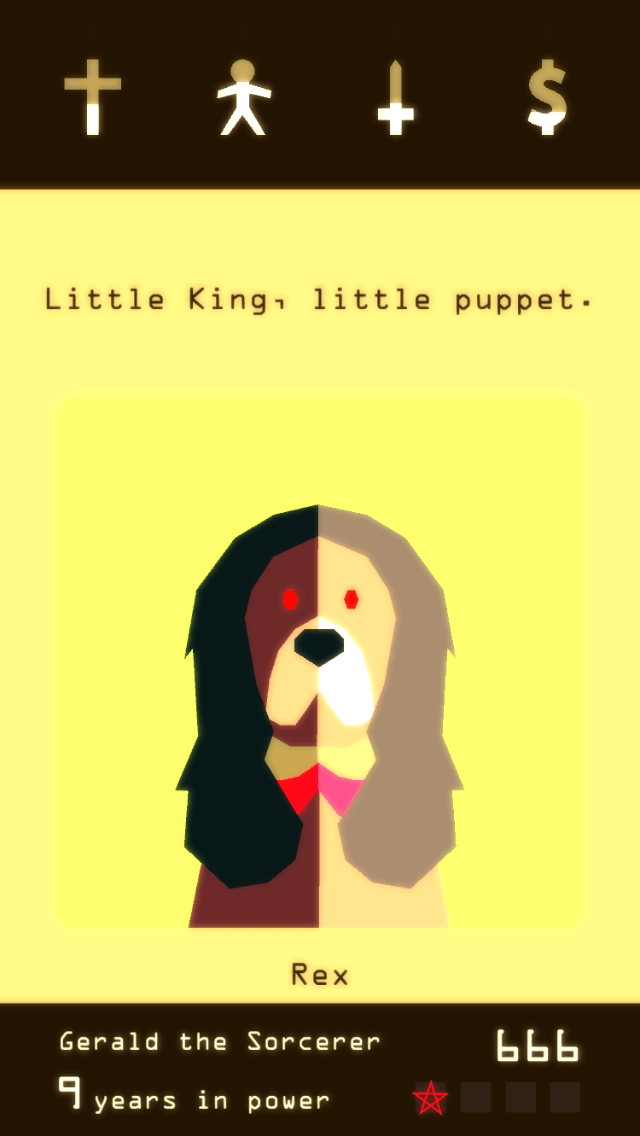 That’s mostly down to the fact that Reigns trickle feeds its content. Often, your reign won’t actually last very long, but if you manage to complete certain objectives in this time you’ll unlock new cards, which means new scenarios. You might see a few repeats after extensive play, but Reigns keeps it feeling mostly fairly fresh, and certainly interesting. Duels, in particular, develop the more you play, unlocking new skills and abilities that give you a few more options of what to do next.

With each decision having a significant outcome, you gradually find yourself overthinking such calls. Do you make peace with some violent enemies, or do you destroy them, knowing that your people will suffer? Certain decisions lead to you acquiring special bonuses to use during a play through, but that’s not always a good thing. Gain a card that says you’ll condemn to death the next person you agree with, and you could end up killing off your betrothed instead of marrying them.

It could all be pretty dark but instead Reigns is mostly lighthearted fun. This isn’t Game of Thrones-style drama. It’s lighter than that, even if the decisions could sound quite heavyweight in the wrong hands. Reigns never veers too far down a potentially dark path, usually throwing in a jester to lighten the mood.

A lot of the time your sessions won’t take very long, which is a double edged sword. At times you’ll be frustrated to see your reign end up so abruptly due to some random early event condemning you to an early death. Other times, you’ll appreciate the fact that you can easily slot in ‘just one more go’ before you get back to the real world.

And after a while, the joy that Reigns’ decisions bring might dissipate a little. After all, it’s a common issue for interactive fiction. But those early moments of love will easily ensure that Reigns is well worth your time. It’s made of a mashup of seemingly familiar ideas, yet it’s unlike anything we’ve played before.