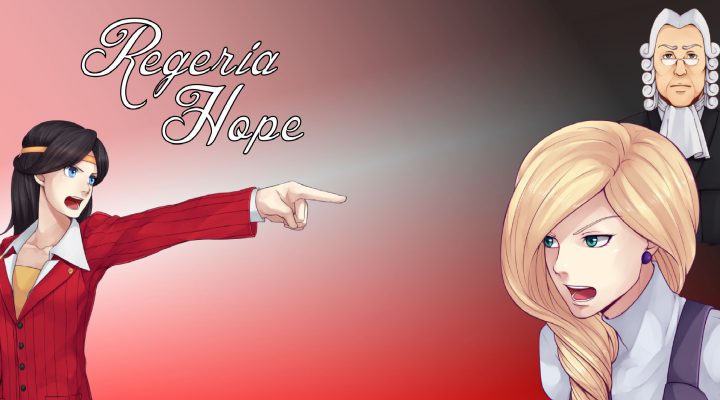 A strong, if brief, introduction to a great character.

Needs more gameplay elements to flesh out the action.

A little too similar to Phoenix Wright for comfort.

I know what you’re thinking. This is a female version of Phoenix Wright. And you’re quite correct. That’s exactly what it is.

Going into the game, it’s an impossible feeling to shake, that the developer has reskinned the popular Japanese legal drama and visual novel. Again, there’s a good reason for this. That’s exactly what it is.

From beginning to end, Regeria Hope Episode 1 is a love letter to Phoenix. Whether that’s a good or bad thing is somewhat open to interpretation, but there’s one indisputable truth; if you’re a fan of Phoenix Wright, you’ll have to try very, very hard not to enjoy the courtroom drama of Regeria Hope. 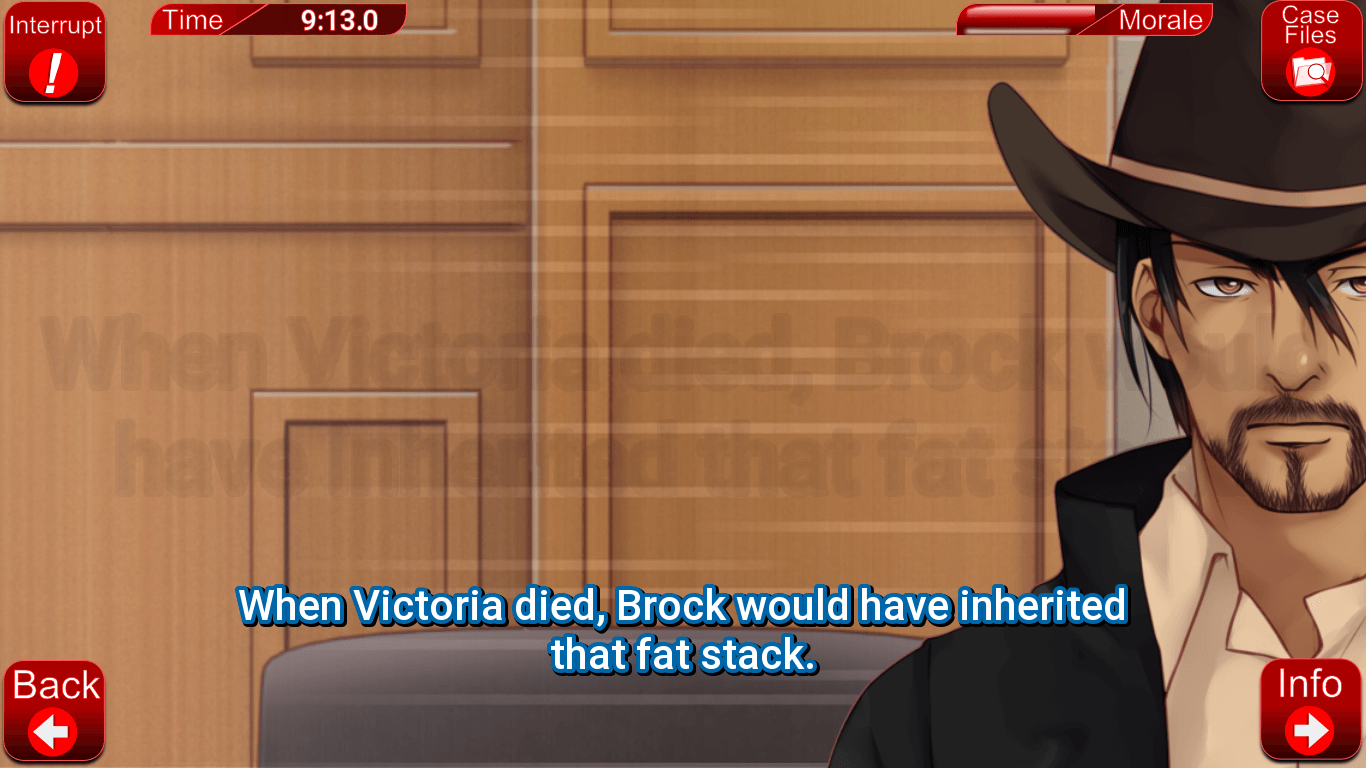 Your client has been accused of murdering his wife. A crime that doesn’t sound overly intriguing until you discover that she was poisoned on her wedding day, right there at the top table while her flowing white dress and veil were still white. It’s actually a great setup, and you join the case as the distraught husband is about to go before the bench.

Naturally you believe him innocent, but it’s hard to deny that the stock of evidence is leaning against him pretty hard. But the objective in Regeria Hope Episode 1 isn’t really to see that justice is served. You’re a rare breed of ethical and moralistic lawyer, so hunting down the killer is an important part of the gameplay and plot. However, there’s also a job to do, and that means playing the court game as well as acting as a private detective. 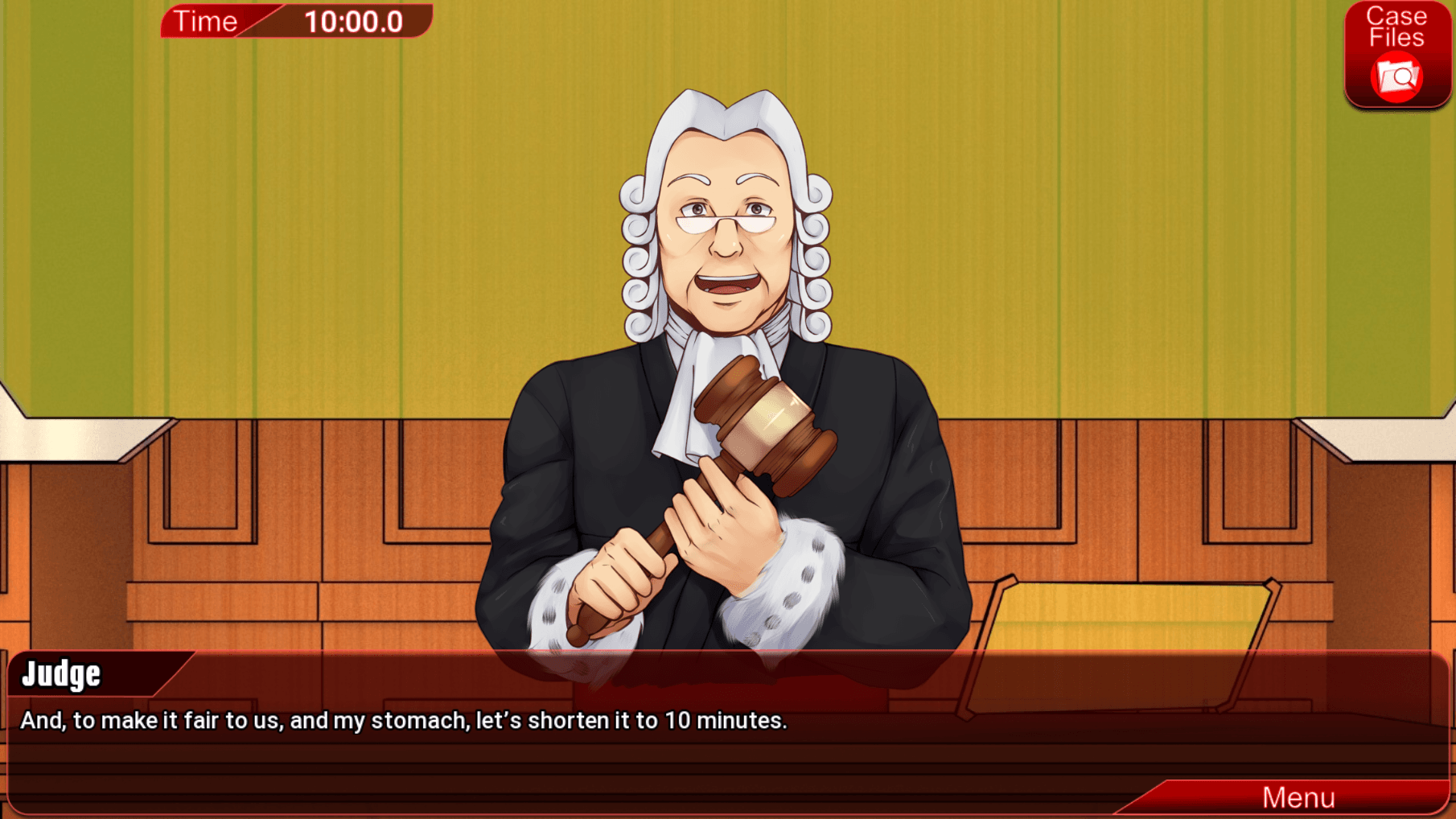 Your client is beside himself with grief, and in no real condition to present himself as a loving and innocent man. So it’s up to you to prepare him for the rigors of cross examination without going to pieces, or inadvertently tying a noose around his own neck. Legally speaking, of course.

You must also pay very close attention when listening to the testimonials of the witnesses, none of whom are particularly savory characters. They’ve all got skeletons in the closet, which throws up a dust storm of confusion about what they’re hiding. One of them is the murderer you’re hunting, though. 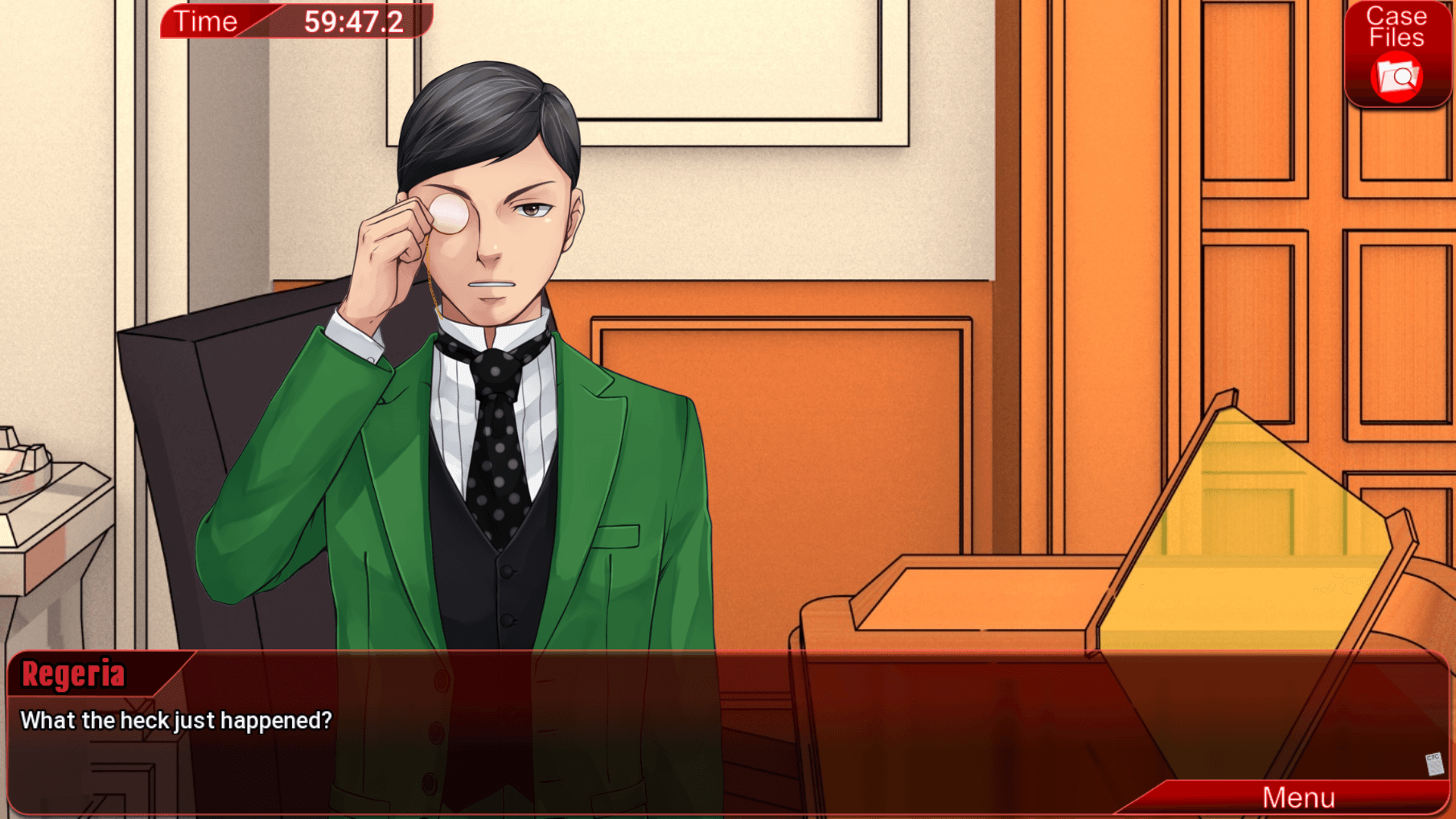 The mechanics of courtroom battle are as intriguing as the storyline, and hinge not on accuracy and honesty, but your confidence in the case you’re presenting. If a witness becomes hostile and shakes your confidence, the judge becomes harder and harder to convince. Initially it seems like a relatively easy task, keeping your confidence levels high, but when you’re also trying to decypher the real story by finding the holes in testimonies, it suddenly becomes a very tricky and engaging balancing act.

Regeria Hope Episode 1 isn’t especially long, and it’s not impossible that you’ll power through it in one sitting. That’s actually to the game’s credit, as anyone with a passion for the legal drama wrapped up in a visual novel format will devour this as if it were a direct, short story spin-off from Phoenix Wright. And that’s actually not a bad way to approach Regeria Hope Episode 1; as a passionate and quality piece of fan fiction.

In testing the visual novel waters, Regeria Hope Episode 1 has proven itself as a concept. It definitely needs more if it wants to differentiate itself from the Ace Attorney in more ways than a different main character, but the foundations are in place, and they’re solid. Regeria Hope Episode 2 is firmly on our radar now, and is something we feel suitable excited about after playing through this lively and entertaining introduction.