Ideal for quick or long sessions

More variety would have been good

Nitrome has consistently done a good job of publishing challenging yet rewarding mobile games. That trend is continuing with Redungeon. It’s an endless dungeon crawler, and an exceptionally tough one at that. After a while, you might start wishing for some more variety in there, but mostly you’ll enjoy seeing how long you can last.

Redungeon doesn’t bother with a storyline or general reason as to why you’re trapped in this endless dungeon. This is purely about survival. Your knight can move forward either through a virtual set of buttons or by swiping to move him around. At the same time, you have to be both cautious yet forever moving. Dawdle for too long, and the screen ‘catches’ you, with some kind of weird creatures killing you. That’s almost akin to an endless runner, but Redungeon is mostly all about exploring those dungeons rather than too much speed. 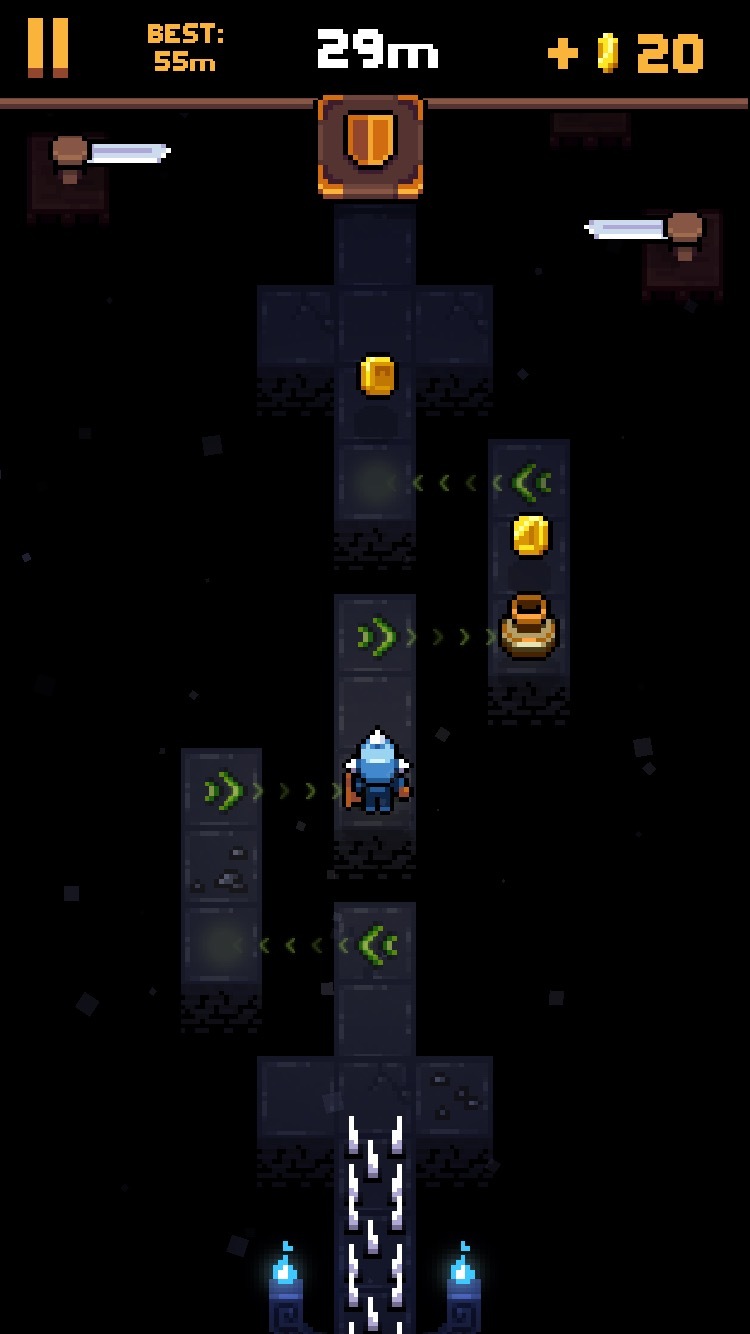 The world is a dangerous place indeed. You can run off the end of any platform, which is surprisingly easy to do when you’re trying to react quickly. A series of spikes or swiping swords can also take you out. Lasers and and falling platforms all get in the way too. Assume that 95% of the things on screen are out to kill you, and you’re not far wrong. As you continue to play though, you start to learn these timings.

The only thing that’s really infuriating is when coming across slimes or bats, which seem to move around in a less predictable pattern than when dealing with traps and obstacles. Still — you’ll manage to master what works best and when.

Redungeon is almost entirely skills based, so it really is down to you practicing and improving your past performance. And don’t expect to memorize the structure of the game, as each session is different from the last. This means that sometimes levels might be a tiny (really tiny) bit simpler, but the reverse is just as true. 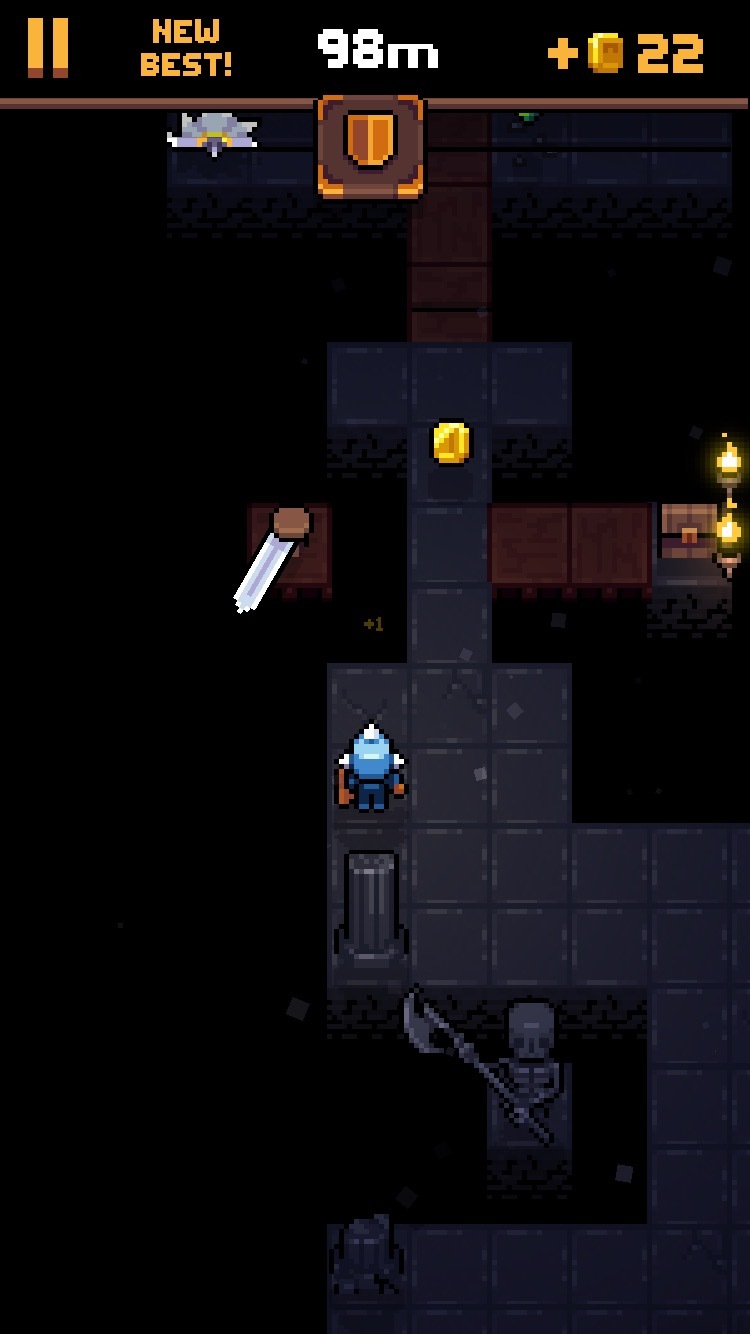 Working in your favor are the coins you’ll collect as you play. Sometimes it’s easier to avoid these coins, but you want to try to grab them when possible. Such currency can then be used to unlock things, like a set of armor that gives you one extra blow before it’s game over. Collect even more coins and you can unlock new and better characters. The coins you’ll need for these acquisitions are fairly significant in number, but there’s always the option of watching an ad to double the amount you collect.

More importantly, this gives you something to aim for. Redungeon isn’t then just about survival. It’s about progression, and seeing what else the game can provide you with. Will everyone see such things in the end? Possibly not, but it’s rewarding for those determined to not be beaten by it. The sheer fact that you can restart a session within a second, immediately getting back into the action, means you soon rack up some coins purely out of perseverance.

It’s that quick nature of Redungeon that endears you towards it. Even those who shy away from such challenging things will still feel like there’s time for them to achieve something and see what can be accomplished. Best of all, it’s enjoyable — even when you sigh at yourself for the twentieth time because you were foolish and ran too fast. For those reasons, this is a particularly classy hardcore dungeon crawler.