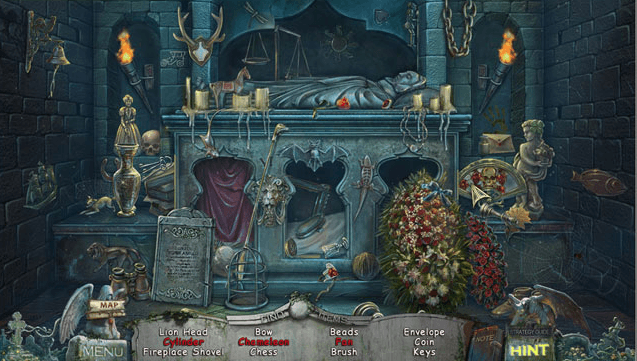 Return once again to a creepy cemetery and free the trapped souls within.

ERS Games’ Redemption Cemetery series is one of the most popular in the spooky fantasy arena due to its gently scary settings, supernatural themes and great-looking graphics. Redemption Cemetery: Salvation of the Lost fits right into the RC mold, but this time around—thanks to a vague, cliché story concept and even more generic bonus chapter, the experience is largely forgettable.

The game’s shortcomings are surprising, considering the unusual way it starts. You find yourself riding  a modern subway train with your faithful dog. Suddenly, you realize the passengers are well…odd, and it occurs to you that the train isn’t making any of its usual stops. This is a great setup for the kind of modern supernatural experience we don’t often see, but then Salvation of the Lost doesn’t deliver. The train stops and the doors open onto a typically decrepit, old-fashioned cemetery, the kind you’ve been in a hundred times before. You’re greeted by a medieval sorceress-type woman who refuses to let you go until you’ve aided three of the cemetery’s tortured souls and you let out a long, drawn-out sigh because honestly, after such a promising start, this turn of events is a pretty big let-down.

Once you get over the disappointment of not getting to do something new, you settle in staunchly to save the trapped souls. The souls come from different time periods and their earthly imprisonment is based on each of them having been responsible for the untimely death of another. The three of them open portals to the past that allow you to go back and resolve their problems. Consequently, you end up looking for clues in a 1940s zoo, a medieval village and a modern hydro-electric plant. These weirdly unrelated locales make for a decent excuse for visual variety, but the experience of them is strangely jarring.

Adding to this feeling, ERS makes an awkward attempt to toss in some interesting trivia about each place by putting in informational one-sheets about various things: zebras, hydro-electricity, Shakespeare. As appealing as it is to use games to teach players something, this random information isn’t implemented in a way that makes sense, and instead leaves you wondering why it’s there. One area in which this “all over the place” approach seems to work though is in the hidden object scenes. From the usual item list to the “find x of a certain item” to item silhouettes to chain item use, you’ll encounter them all. The range makes this aspect of the game fairly entertaining.

Where Salvation of the Lost does best however, is with its puzzles and its helper mechanic. The puzzles are more involved and time-consuming than the majority of those found in other current hidden object games (the trend these days seems to make puzzles as simple as possible) and as such, require more patience. They really make you use your brain and provide a much-needed break from the ho-hum soul-saving. Even better than these though, is the helper mechanic. Other games have provided us with helpers and sidekicks, but Salvation of the Lost gives us a much more active role in the relationship. 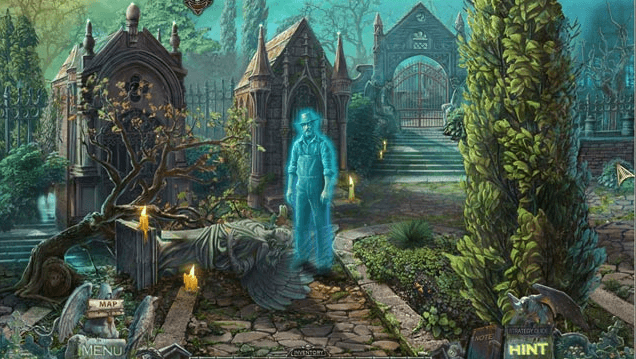 Early on you’re given a raven to help you with your quests and then the souls provide you with powers with which you can imbue it. With the powers of air, earth, fire and water, you can send the bird to fetch things not only from high tree branches, but inside stone, underwater and within blazing infernos. The coolest thing about this is that you don’t merely click an icon and watch the raven do its thing; accessing its powers requires charging the bird. You do this by playing four different minigames wherein you do things like match colors and shapes or play a bubble-popper. It’s a great idea that makes players think more about when and how to use the various elemental powers, and gives them an active  role in charging them.

The good stuff kind of ends there though. The narrative isn’t all that interesting although the main game provides a reasonable motive for doing what you do. The bonus chapter completely ignores logic however, and the events in it come straight out of left field. Completely ignoring the resolution of the main game, it sends you right back to the cemetery to achieve one of the most generic goals possible. The chapter provides a handful of new locations and puzzles but it’s hard not to wonder why you’re bothering with them. The whole extra hour is a foregone conclusion that offers no surprises and as such, is entirely forgettable. Fortunately, the game’s other extras are better, especially the Puppy’s Room. 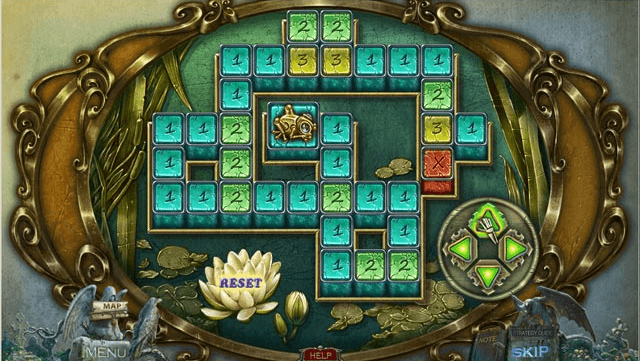 In this special place, you get to return to your canine friend’s baby days and take card of him. Throughout the game you collect medals that unlock different minigames in the Puppy’s Room. These then let you play games with your fur kid like putting jigsaw puzzles together and playing tic-tac-toe. Yes it’s schmaltzy, but when he squeals with delight and curls his chubby little paws, it’s undeniably cute. In addition to this doggie distraction, you also get a dog-themed trophy gallery, a (vague and often useless) strategy guide, wallpapers, concept art, a screensaver, plus all the puzzles, videos, hidden object scenes and music tracks you’ve seen before in the game.

Redemption Cemetery: Salvation of the Lost is a slick by flawed effort made by a veteran team. Its complex puzzle-solving, varied hidden object scenes and fun helper mechanic are entertaining and it looks and sounds as good as any other Redemption Cemetery title. Unfortunately, it fails to live up to its innovative intro and relies on some overused and frankly, generic narrative concepts. If this is your first Redemption Cemetery game, you’ll probably enjoy it; if you’ve played other games in the series, disappointment likely awaits.

Trial of the Clone Review