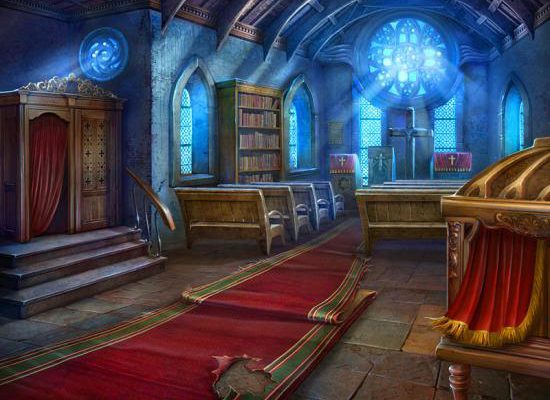 Wow. It’s hard to admit it, but ERS Studios has really dropped the ball on this one. Normally the makers of some of the highest-quality hidden object games around, this month the company brings us Redemption Cemetery: Grave Testimony, a disjointed, simplistic hidden object adventure that plays like a game made for kids under 10.  Although here and there hints of inspired creativity come through, in the end they just aren’t enough to ensure the game’s redemption.

Grave Testimony starts pretty interestingly, with you witnessing a classic 1930’s gangster shoot-out. (Note: you don’t actually witness the massacre—you’re just told you’ve seen it while viewing a newspaper headline.) Of course, the mob isn’t known to enjoy having an audience, so you’re tossed into the trunk of a car and taken out to the middle of nowhere to be fitted for a pair of cement shoes. Just as you’re about to meet your Maker, someone (or some thing) saves you. You look around and find all the Goodfellas are goners, and you’re stuck on some kind of cursed island with no visible means of escape. All of a sudden, the ghost of one of the dead gangsters appears and tells you he’s trapped on the island until he earns his freedom by saving the life of a kidnapped young woman. He entreats you to help him and you do, since the key to his redemption is also the key to your escape. 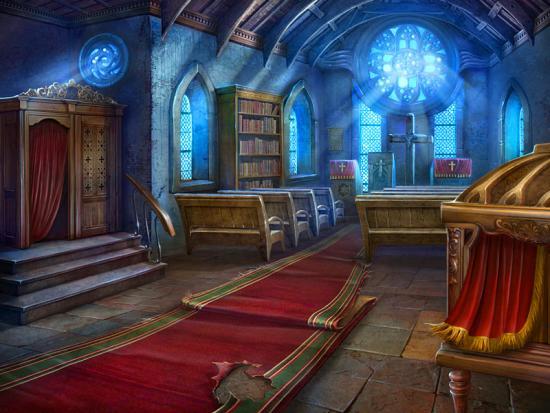 From there, Grave Testimony plays much like any other “save the stricken souls” kind of game. Starting with the gangster, you play your way through several similar but unrelated episodes, for the purpose of freeing three ghosts and earning three special Soul Stones. You need these stones to pay a strange ferryman who’s promised to take you off the island. Lucky for you, this Charon-like figure’s a helpful sort in more than one way and he gives you a magic crow that, when activated by a series of magic talismans, performs tasks for you. This crow helper mechanic is one of the best things about the game, and becomes very useful when something you need is just out of reach.

After the crow, the next best thing about Grave Testimony is its progressive hidden object scenes. A lot of games these days are using a combo mechanic within hidden object scenes that asks you to match two items together. What I’m calling Grave Testimony’s “progressive” mode takes this idea even further by having each item you find dependent on finding the item before it. (Find the hook to pull down the bag, open the bag to find the key, use the key to open the box, etc.) This doesn’t necessarily make the hidden object scenes more challenging, but they do make them more entertaining. Too bad the same can’t be said about the game’s unchallenging puzzles.

Roughly 90% of Grave Testimony’s puzzles are so simple, it’s as if they were meant for children. The majority of them ask you to match colored things (balls, candles, amulets) to their correspondingly colored slots and take zero thought to solve. Granted, the puzzles look beautiful and in fact, represent the best-looking graphics in the entire game. That’s why it’s such a shame that more effort wasn’t made to make them as fun to solve as they are to look at. The game’s item use is also absurdly simplistic. Need to cut some glass? How lucky; a glass cutter is right nearby. Need to put a fire out? Well fancy that, there’s a fire extinguisher right here! On occasion, there are examples of clever item application, but they’re painfully few and far between. 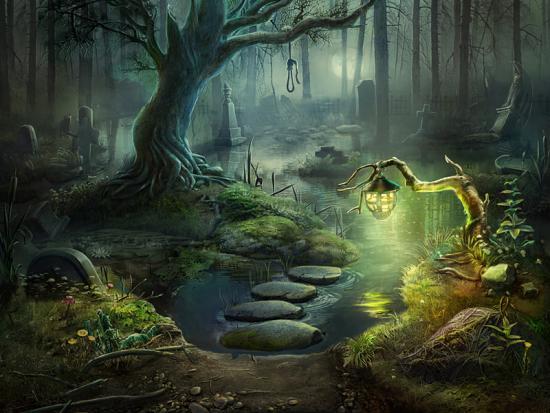 The main issue with the game however, above and beyond its simplicity, is its tired story concept. Man, if I had a nickel for all the trapped ghosts I’d saved in the last five years, I’d be—well let’s just say I’d have a lot of nickels. It’s not that ghosts should never be used in a game, but the unimaginative way they’re used here makes the concept feel like a derivative of a derivative. Worse, your transition from hapless mafia victim to supernatural sleuth just isn’t very convincing. There’s no effort to make the game’s individual episodes connect to one another, and when episodes are looked at closely, they often don’t make any sense. (The point in several cases is to save the life of someone wrongfully killed. Well, if you save them, why is there still a ghost to release? I guess I just don’t get it.) In the end, this half-baked episodic fiction ends abruptly in an awkward cliffhanger that leads really too directly into the so-so bonus chapter.

Thebonus chapter starts with the weird ferryman and is basically yet another unrelated ghost-saving story with all the same issues as the main game: beautiful yet too-easy puzzles, weird pacing caused by item usage that’s equal parts clever and stupid and an abrupt, unsatisfying ending. Other Collector’s Edition extras include screensavers, wallpapers, music tracks and concept art (Some really nice concept art, actually.)

After spending four hours with the game, I have to say it wasn’t really worth it. Although it’s competently made, has some fun things to offer and looks pretty good, its quality is ultimately undermined by tedious pacing, simplistic puzzles and an incoherent, unimaginative story. Redemption Cemetery: Grave Testimony is definitely not one of ERS Studios’ best efforts, and as such, not really deserving of either your time or your money.