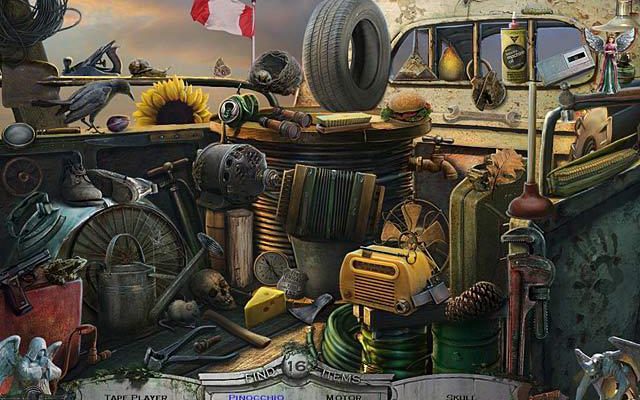 Imagine you are taking a nice stroll through one day when suddenly, you are whisked away to a rundown cemetery and placed under a curse by an evil warlock who has the unfortunate hobby of murdering adults, kidnapping their children and placing them in life or death situations. Welcome to Redemption Cemetery: Children’s Plight, where it’s up to you to save the children and bring peace to their guardians. In the process you will be tracking down amulets that will allow you to defeat the evil warlock and end the curse that has trapped you in the cemetery. 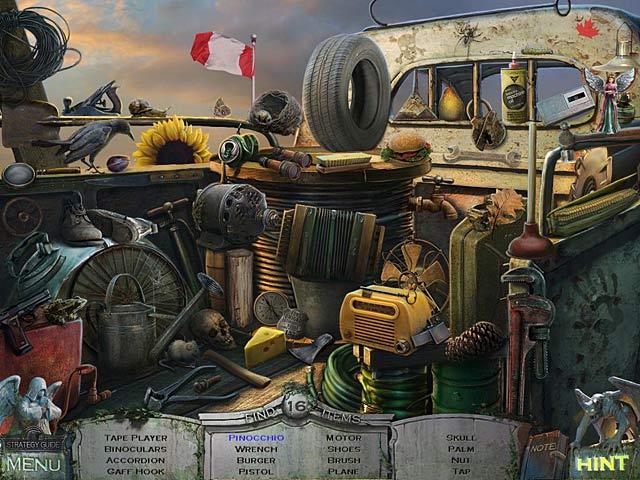 Unfortunately, for a game that is about rescuing children in peril, there is no real sense of urgency. You have a young girl trapped in a car that is hanging off a cliff by a rope and yet you’re spending your time wandering around searching through junk piles. This may be normal for the genre, but when you’re trying to save someone from certain death you should feel some sense of urgency to rescue them.

The plot is intriguing…at first. As you progress through the game you are left with more questions than answers. Why is this warlock kidnapping these children? What is he planning to do with them? Why is he giving the player a chance to rescue them? The plot feels unfinished and even the bonus content does nothing to clear things up.

Redemption Cemetery: Children’s Plight does have its good qualities. The production values are excellent. The graphics are very clear, and while the scenes are dark and dreary they are never so dark that you can’t find what you’re looking for. The hidden object scenes are well done as well. None of the items are overly small but they are still hidden enough to present a challenge.

The balance of puzzles and hidden object scenes is almost perfect. There are numerous puzzles to tackle, and some are unique spins on familiar ones. Unfortunately, the majority of the puzzles are quite easy to solve. There were a couple that presented a challenge (the last puzzle in the bonus content comes to mind) but for the most part players won’t find themselves stumped. 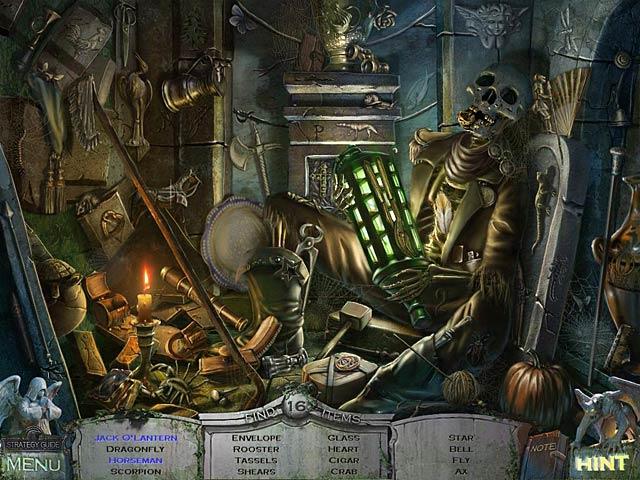 The music in the game fits the scene and blends into the background after a time. The voice acting on the other hand is a disappointment. Often times, it sounds like the voices were recorded in cave. The first ghost you sounds like a speak’n’spell at times and puts inflections on the oddest words. The children don’t sound like children at all, instead they sound like adults pretending to be children. It’s unfortunate, because production wise everything else is perfect.

The biggest flaw of the game is the length. An experienced adventurer will be able to finish the game in approximately three and a half hours, including the bonus chapter. For a Collector’s Edition that isn’t a lot of game time. In addition to the bonus chapter, the Collectors Edition also includes wallpapers, screensavers, concept art and music from the game.

The trial period for Children’s Plight will give you a good feel for the game. It lets you play through most of the first chapter (there are three children to rescue in total). However, based on the length of the game, you may want to wait for the Standard Edition on this one.