Home / Reviews / REDCON Review: Just for the Shell of it

Base and ordinance customization

Default base layout is limited

To be perfectly honest, my initial impressions of REDCON weren’t very positive. Well, they were somewhat positive, but then I hit a difficulty spike that was so frustrating I ended up wanting to throw my phone at the wall. Thankfully a recent update has fixed this problem, so now I’m actually having fun with this odd hybrid of artillery game (think Worms or even Gorilla) and something like FTL.

The general idea of each of REDCON’s scenarios is to bombard the ever-loving crap out of whatever’s on the right side of the screen. This is where the first bit of FTL-likeness comes in, as you get to decide which areas you want to prioritize with your guns. Do you take out the weaker but faster shelling stations? The big, heavy ordinance? Maybe you should focus on the rooms that provide slight buffs like faster loading? Whatever you decide, make sure you leave nothing but smoldering wreckage in your wake. 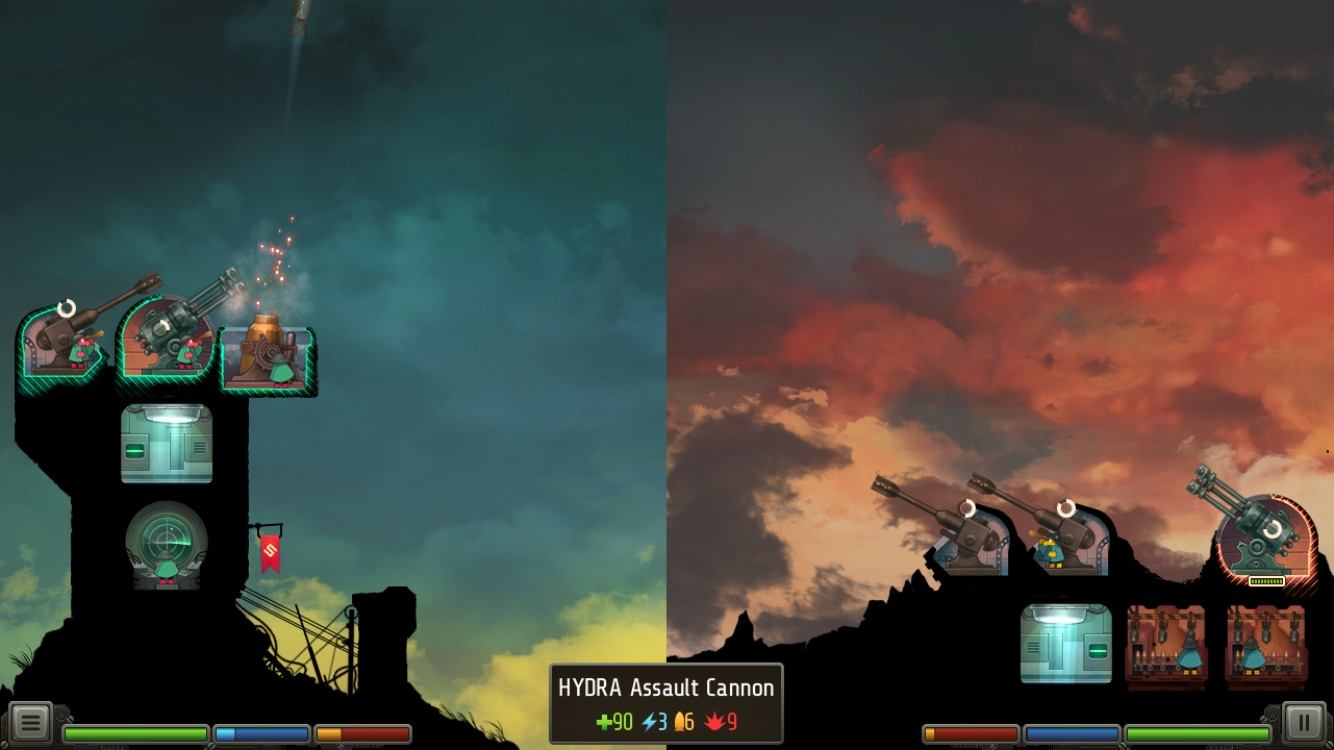 A second similarity comes from the soldiers you’ll have performing tasks in the different areas of your base. They can be directed one at a time or in groups, and are important for things like repairing damaged guns or providing passive bonuses. It can be a little clunky to try and select one of those tiny soldiers in the middle of battle (and designate targets or switch out ammo types, as well), but the action can be paused by tapping the middle of the screen to make this significantly easy. Once everything stops you can issue all the commands you’d like at your leisure.

Part way through the campaign – I’m not sure how far as I’ve yet to find anything that specifically mentions which level I’m on – you’ll unlock the ability to customize your base, which is where the real fun begins. Here you can use the money earned from playing earlier levels to purchase new guns, utility rooms, and defenses in order to tailor everything to your own personal strategies. It adds a much-appreciated layer of depth, and it can be a real head-scratcher (in a good way) to decide whether or not you want to change your current loadout every time you unlock something new. 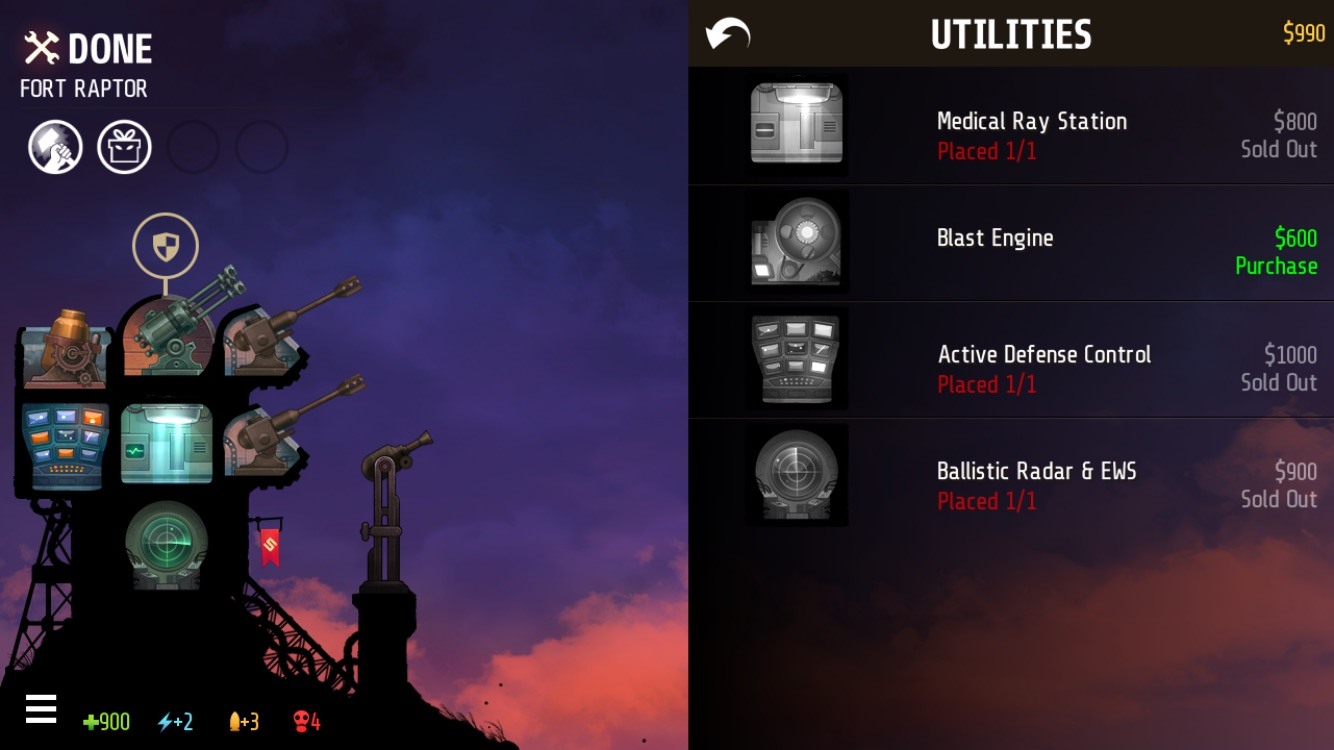 There are a couple of downsides to the base tweaking, though. First and foremost, REDCON doesn’t really spend much time explaining the important balancing act between Ammo and Power. There’s a very brief mention of it during the tutorial stages, but it’s more of a passing comment than anything helpful. Every room you add to your base will require power, and every gun uses power and ammo. If you over-extend yourself with too many items, or too many items that use a lot of either resource, then your base’s performance will suffer. So make sure you pay attention to the stat readouts at the bottom of the base screen, and look for the room/gun requirements at the top of each description page.

Another problem I ran into was the somewhat lackluster default base layout. It’s not anything I’d consider “unfair” to players who don’t want to pay to unlock the premium version (more base layout options, access to levels past the first 18, and possibly more powerful rooms and weapons if you decide to pay for higher tiers), but it does feel limited. I greatly prefer the premium layouts that offer a few more spots for rooms and guns over the basic one that just covers the bare minimum. 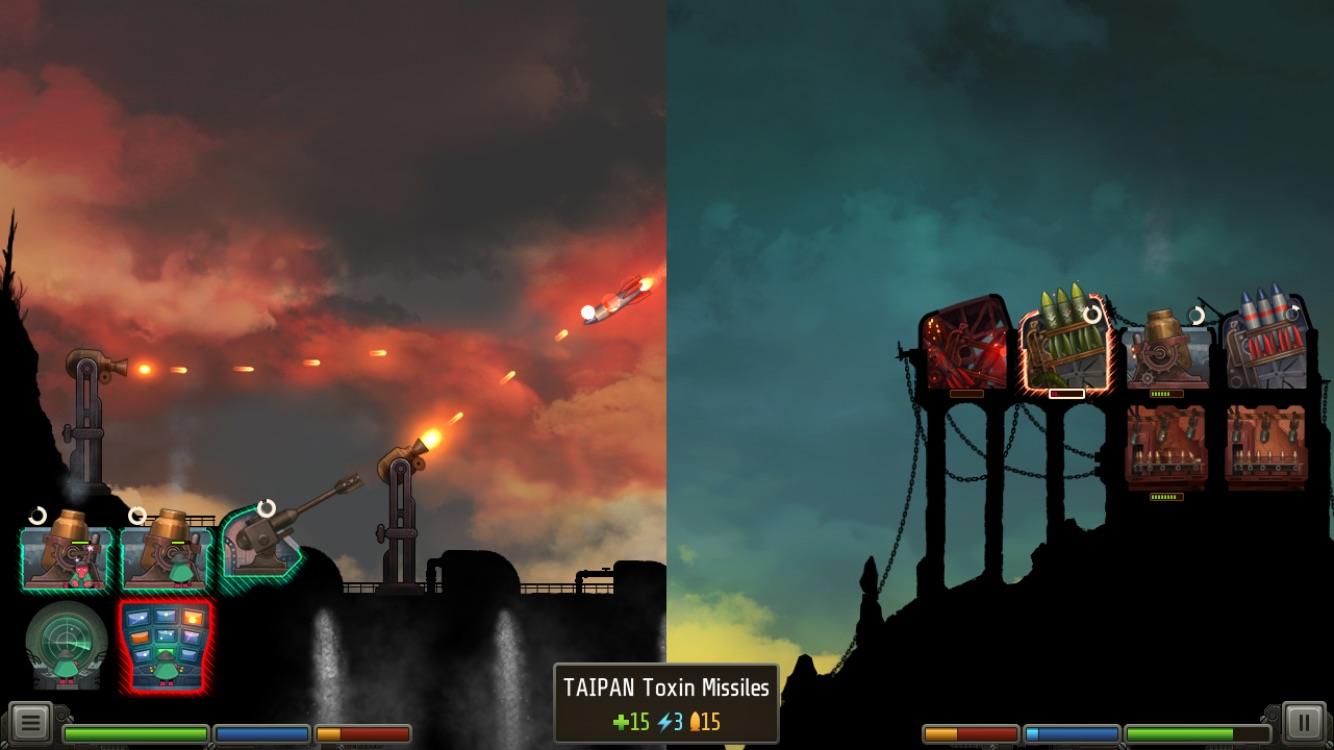 It’s somewhat amazing just how much my opinion has changed after the last update removed enemy soldiers’ super-human omniscience. REDCON went from something I’d have set fire to if it had any sort of physical presence to a game I’m actually looking forward to playing more of. I’d definitely recommend giving it a try. I’d even recommend shelling out (pun sort of intended, but not really) for the premium upgrade.