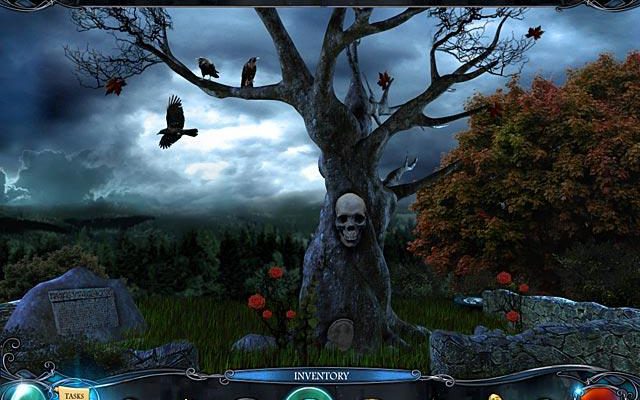 Red Crow Mysteries: Legion is one of the strangest adventure games in recent memory, and not in a good way. This crazy quilt of well-worn puzzle concepts, tired mystery cliches and over-used notions regarding the battle between good and evil presents itself as a supernatural thriller but comes off as something unfinished and ill-conceived.

You play a “gifted” young girl who wakes in her own home to find “something” gone horribly wrong. You’re informed by your dead mother’s ghost that your special powers make you the next in your transcendental family’s line to be tasked with confronting and defeating Satan (referred to here via Biblical quote as “Legion”). After giving you this decidedly un-encouraging pep talk, your mom urges you to prepare yourself for the coming conflict and disappears. From then on, it’s up to you to discover what in blazes she was talking about. 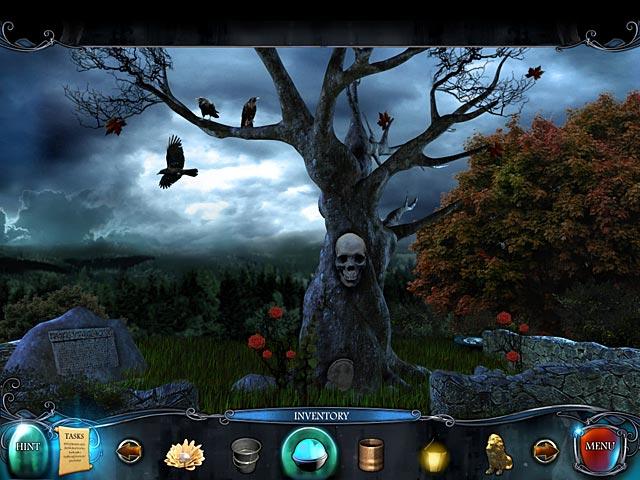 Unfortunately, poking around your family’s run down country house and overgrown grounds doesn’t shed much light on the situation. As games like this require, you go around unlocking doors, picking up random objects and solving various puzzles. The problem is, doing these things doesn’t teach you a single thing about who you are, what beef Satan has with your family or what evil he’s ultimately supposed to enact. You’re just pushed along from room to room, piecing torn paintings together, replacing missing fuses and repairing mechanical devices for no good reason. Occasionally, the ghost of your mother or grandfather appear to repeat what you’ve already heard regarding your “chosen one” status and there’s even a fireside chit-chat with Satan himself, but none of it comes to anything.

Actually, the chat with Satan at least provides a little (unintentional) comic relief. No doubt to avoid animating his face, Cateia Games opted to have him hold a newspaper in front of his mouth throughout the entire conversation and peer over the top of it like some kind of demonic Kilroy. It’s completely absurd and makes what should be sinister, fairly ridiculous. And you’d think a chat with Satan would be scary or at least interesting, right? Well it’s neither. While the Horned One does go through the motions of persuading you to come over to his side (that’s his job after all) he then falls back on your family’s oft-repeated line about the conflict to come.

Cateia deserves some credit for trying to provide voice-overs for all the characters and the acting isn’t the worst you’ve ever heard but the characters aren’t saying anything. There’s no story for them to work with because there’s no context, no definable peril and nothing concrete at stake. People just keep repeating the same vague good/evil patter in order to move you along to the next locked door or empty fuse box and the unsurprising result is that you just don’t care what happens next. 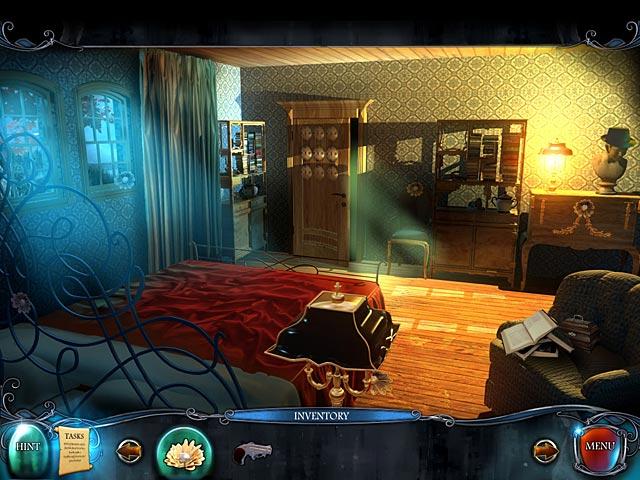 Worst of all the game’s offenses though, worse than poor story structure, predictable puzzles and gameplay unmotivated by well… anything, after a couple of hours the game ends abruptly on a note that doesn’t even deserve to be called a cliffhanger. Receiving yet another admonition regarding your need to prepare, you find a map with a big X on it, mutter something about how you should “check it out” and then the credits start rolling. Does this criminally truncated finale imply that Cateia Games thinks we’ll be snapping up the next Red Crow Mysteries to find out what happens? If so, they could be in for a big surprise.