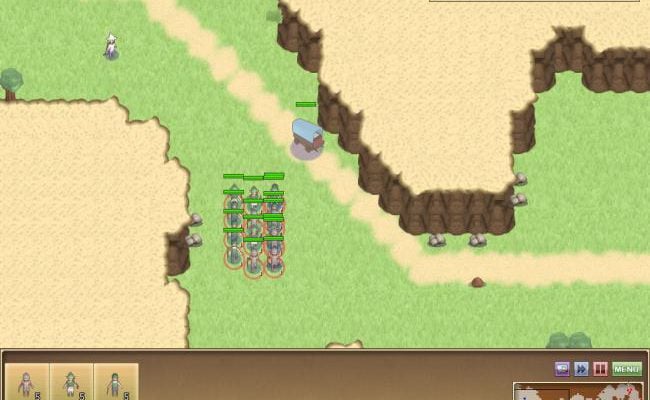 Reckless Squad is a prime example of a sheep in wolf’s clothing. On the outside, it’s messily put together, with an amateur-looking interface and terribly translated dialogue. Yet look beyond all that, and there’s some very clever real-time strategy gaming afoot. It’s most likely not enough that you’ll overlook the awful visuals, mind, but it definitely leaves you wishing that someone would build on the concept.

Every new game of Reckless Squad is different to the last. Levels are procedurally generated, i.e. the environments and pathways are randomly put together, as are the enemies that attack you. Even the story changes each time you play – you may be scouring the land for fruit to bring back to the princess one moment, then hunting down a rare unicorn for her the next. It’s a wonderful idea that gives the game a huge amount of replay value. 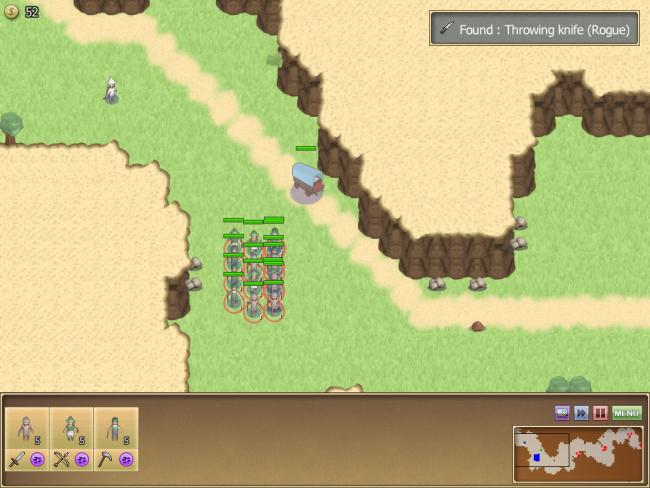 Initially, however, we found ourselves rather turned off by the visuals in general. Menus appear to have had no thought put into them, and both your soldiers and the enemy are quite poorly animated. It doesn’t help that the tutorial levels, while perfectly reasonable, are very boring indeed. Add to this some awful dialogue translation riddled with bad grammar and spelling mistakes, and whatever atmosphere Reckless Squad could have potentially captured is lost.

Make it past the tutorial, and things begin to get more interesting. Each game provides a convoy that you must defend. The convoy moves automatically along the road, and the idea is to select your troops and use them to clear the path of thieves, zombies and bandits. Selecting and moving units is a simple affair, of which both the seasoned strategy game player and the more casual player will have no trouble with.

It quickly becomes apparent that your task is to give your men a general direction to run in, rather that full-on tactical movements. Soldiers will automatically run at the nearest baddie whether you like it or not, and healers will automatically deal with the wounds of their fellow combatants. Once you realise that you’re controlling more of a swarm than lots of separate soldiers, the action will become either more fun or less interesting, depending on the type of gameplay you’re looking for. 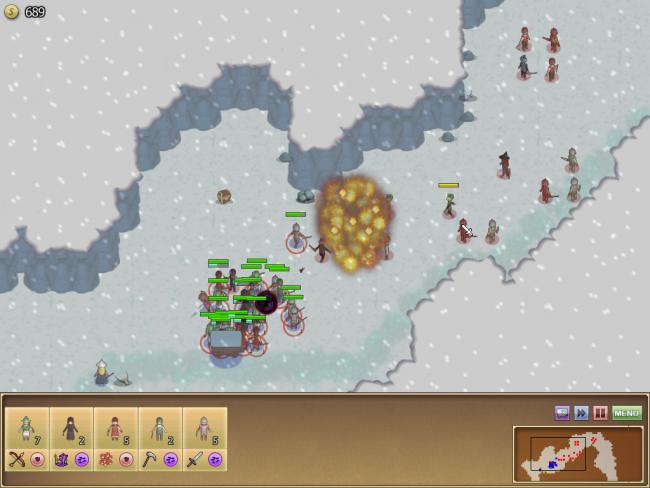 In other words, this is not a game for the hardcore RTS player. There may be dozen of units to choose from, but throw them all into a big mess and soon you’ll be selecting the whole lot and charging them into battle without a worry for who does what. Special elements can be applied to your weapons to kill specific baddies more quickly, but past that there’s very little strategy actually involved. We personally quite enjoyed the swarm-like rush.

Every few screens, you’ll be given the chance to buy more troops using the money you’ve bagged. You’ll be using the same troops all the way through until the end, so this is very important – essentially, if you run out of men to protect the convoy, you’ll lose. It’s a lovely idea, and really makes you feel attached to your little guys by the end.

Apart from the main story mode, there’s also arena mode that plays out as a survival-style affair. Enemies come charging into an arena in waves, and you must protect the convoy trapped in the centre of the arena, then buy more troops between waves. While this can be great fun, it’s also horribly unbalanced – once you’ve bought enough troops and positioned them all at the openings to the arena, it’s pretty much impossible to lose.

Reckless Squad is impressive stuff, and with a graphical do-over and a little more emphasis on unit separation, it could be an essential strategy title. Make sure you check out the demo to discover whether you can look past the awful exterior.