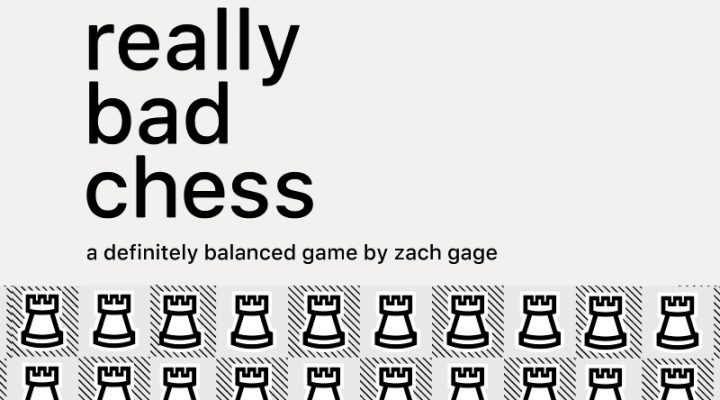 Swapping random pieces and placements onto a standard chess board is a brilliant and engaging way to shake up the age-old game.

Still scratches the same strategic itch as chess while introducing a new way of thinking and playing.

Simple and lovely UI that is easy to read and recognize.

Lots of achievements, ranks, and leaderboards to conquer.

All four game modes are nearly identical, with little variation besides the game's premise itself, and no multiplayer options.

Surprisingly high hardware requirements, with the A.I. running painfully slowly on even an iPhone 5s.

Really Bad Chess is a clever rotation of a classic game that everyone is, to at least some degree, familiar with. Even if you’ve never played chess, you still almost certainly recognize its abstractly regal pieces lined up on opposite ends of its checkered battlefield. Glancing at a game of Really Bad Chess will provide roughly the same view, just with less evenly matched opponents.

The twist in Really Bad Chess is that every playing piece—belonging to both you and your opponent—is random. Instead of standard chess’s delicate balance of one Queen, two Rooks, eight Pawns, and so on, Really Bad Chess gives each player an assortment of pieces with unconventional starting positions. You may have only three Pawns, but they’re all in the back row. You could begin with four Queens stationed where your Rooks and Bishops would usually stand. Knights will often begin in the front row, alongside other non-Pawns. Only the King, in his always-singular appearance, begins in the same, classic position each match: E1 and E8. 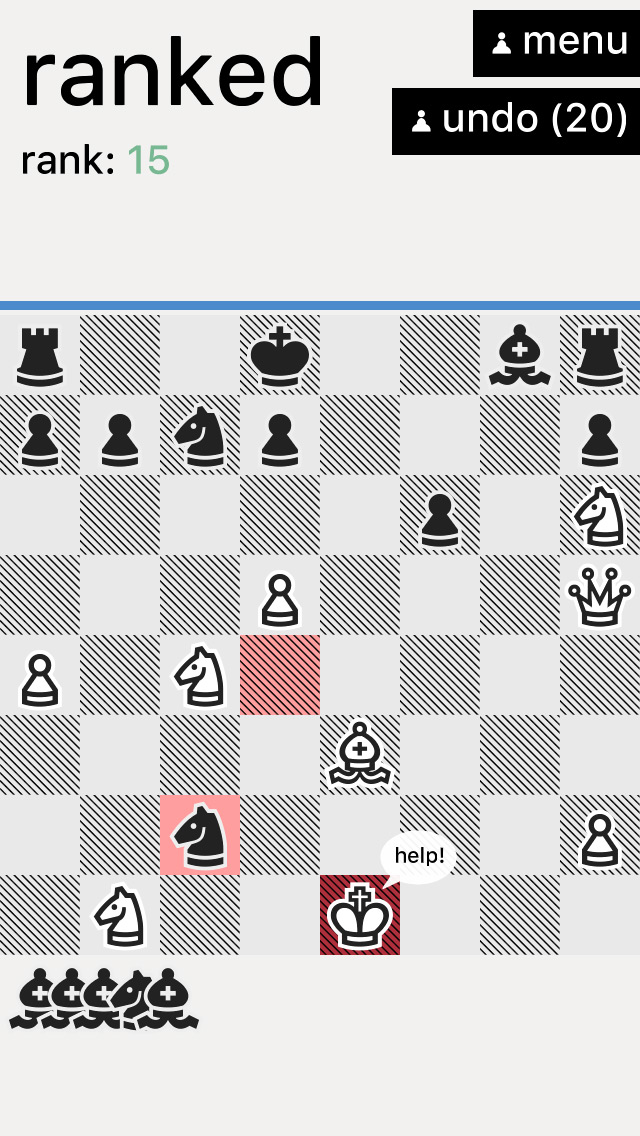 The beauty of Really Bad Chess is that everything else follows the rules of standard chess. Every piece has the same movement it’s always had: Bishops can move diagonally across the board, Knights in an L-shape, Queens like Bishops or Rooks. The goal is still to capture your opponent’s King through checkmate, by forcing him into a position where he cannot move without being in check. Even lesser-known movements, like En Passant capturing, are recreated here.

By changing only one feature of the game—the type of pieces at your disposal—the result is still very much chess. Despite having multiple Queens and other powerful pieces at hand, you’ll still need a mix of both defensive and aggressive play to actually win. Losing a Bishop when you have four others remaining may not seem quite as painful as in standard chess, but it doesn’t help that your opponent still has five Rooks to work with. You may think it’s safe to charge in heedlessly, aiming for a two-move checkmate, but again: you’re not charging into a row of Pawns. The game’s balance comes from the fact that both players’ Kings are surrounded by a roster of insanity.

So this means: if you’re a crappy chess player, you’ll be a crappy Really Bad Chess player. 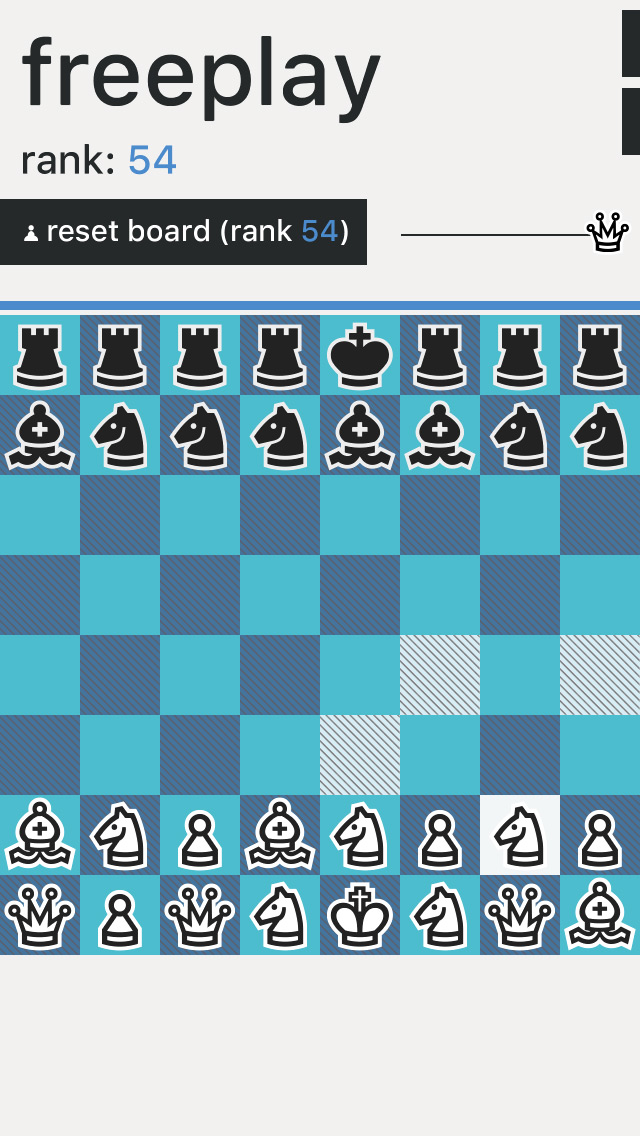 We are that crappy chess player. We know the basic rules of chess but never learned its opening moves, its quickest checkmates, how Castling actually works. We “like” chess but never liked it enough to really devote time to learning its intricacies. We lost many, many games of Really Bad Chess upon first starting.

And then we got better. We won a round, then another. We started recognizing problem areas and why rushing the King kept getting us killed. We were able to see threats right off the bat as opposed to after a confused undo. Even though Really Bad Chess throws openings and classic progression out the window, it doesn’t do away with the strategy of the game. You will still learn, and improve, and become a better chess player, even as you’re earning checkmates with three Queens. The essence of the game is the same. But for those of us who don’t care about the “right” way to play or memorizing Grandmaster’s moves, Really Bad Chess is way more fun. 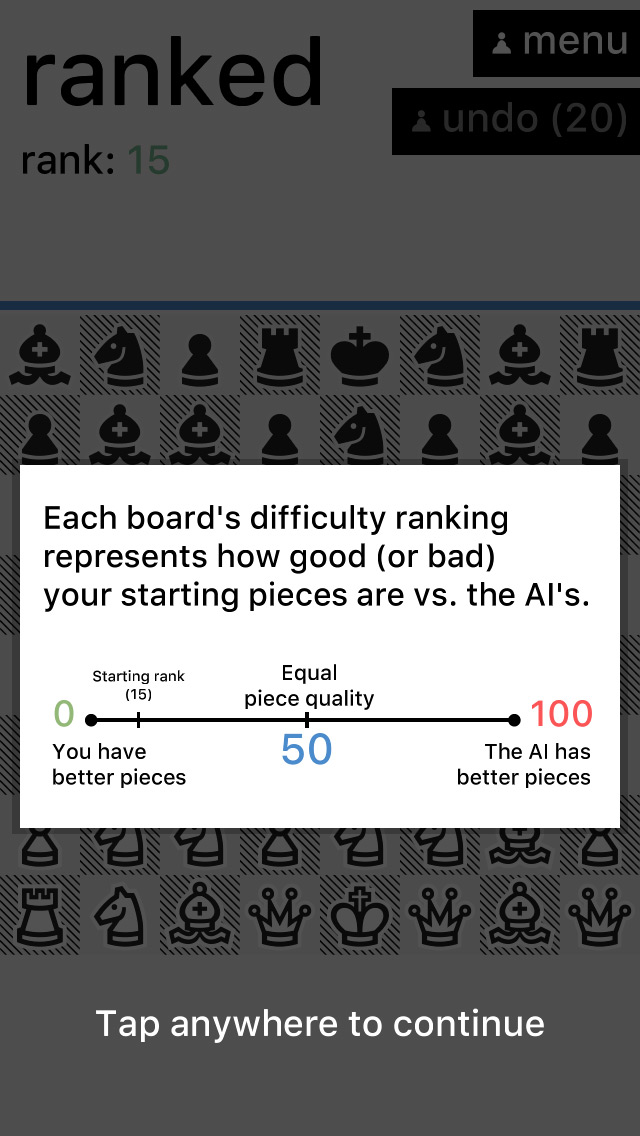 As you do inevitably improve, the game adjusts its difficulty by changing the strength of your mostly random pieces. The Ranked game mode allows you to go up in rank/difficulty as you win games, and reduces your rank when you lose. The rank of any game is an assigned number from 0 to 100: the lower the number, the stronger your pieces (and weaker your opponent’s). The higher the number, the weaker your pieces (and stronger your opponent’s). As an example, on a 0-ranked board, we had four Queens, three Bishops, three Knights, two Rooks, and three Pawns to our opponent’s one Queen, two Bishops, six Knights, and six Pawns (no Rooks). But on a 50-ranked board, the count was 2v2 Queens, 4v5 Bishops, 5v6 Knights, 3v2 Rooks, and 1v0 Pawns: much more fairly matched.

The piece allotment is the only difficulty slider in the game, so even when the A.I. is playing with a less powerful set, it will still make the best moves available. This means even lower-ranked games can be a challenge for less experienced players, and climbing the ranks can be a slow crawl of trading wins and losses. Luckily, victories award more points than losses deduct, so once you start seeing some recurring wins, you can build rank fairly quickly. 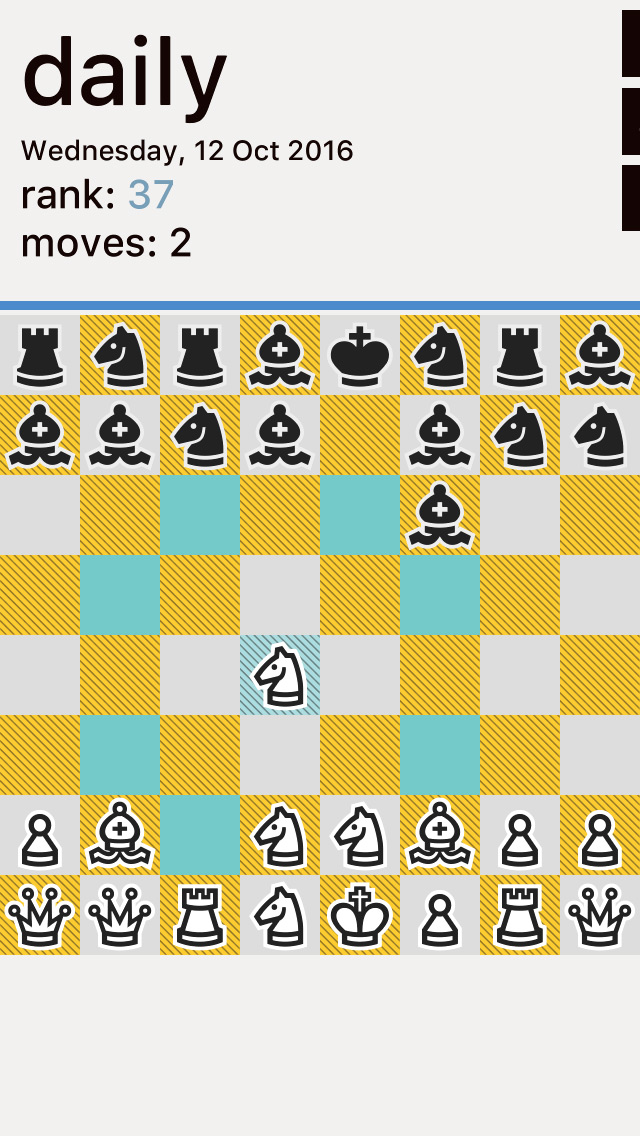 Besides this unexpected difficulty in a game seemingly made with chess novices in mind, Really Bad Chess stumbles over a few other areas. Unlike the other classic chess rules we mentioned above, there is no draw condition built into the game. This means if you encounter a draw, you’ll have to recognize it and quit—and if you’re playing any mode but Freeplay, suffer the results of that surrender, such as losing levels in Ranked.

Those game modes are another area that feels not quite complete: although there are four modes (and all are available in the free version of the game), they’re all roughly the same. Ranked is the main level-building mode that allows you to increase your overall available difficulty. Freeplay lets you play matches at any rank up to your highest earned, with limited undos and losses having no effect on your current rank. Both Ranked and Freeplay have random boards shuffled according to your rank, although if you get a board you don’t like in Ranked, resetting it will count as a loss. The Daily and Weekly boards are of a pre-set rank that may be higher than your personal best and have the same layout for players worldwide, essentially providing alternate leaderboards to compete on. 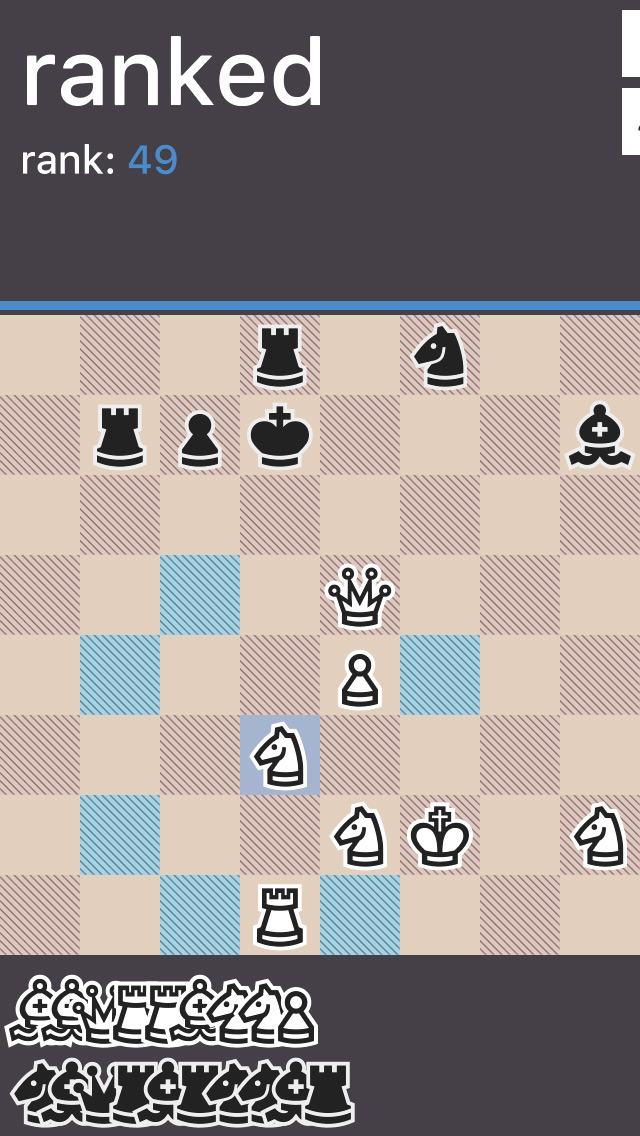 All of these modes are against the A.I. and there’s currently no multiplayer, same device or otherwise, available. More disappointing is the fact that all four modes play nearly identically, save rules about completion attempts or use of undos: they are all untimed chess with a random assortment of pieces. Really Bad Chess is such a novel variation of the game that we would have loved to see more creative modes in further celebration of its uniqueness. Something like a board-creator mode that lets you pick all of the pieces directly—15 Queens vs. 15 Queens!—or even a game type with more than one King per opponent. Is that possible? If any game could find out, it’s this one.

The other major issue we encountered was the shocking slowness of the A.I. on even moderately aged devices. We were playing on an iPhone 5s and the A.I. would sometimes spend more than ten seconds “thinking” about its next move. Its average was six seconds which is a long time to sit and wait for your opponent when it’s not a human sitting across from you, especially considering you’ll be waiting those six seconds after every turn. When tested on an iPhone 7 the A.I.’s speed greatly increased, waiting a second or less before making a move. However, it’s surprising and disappointing that a 2D chess game would require a more powerful phone than something like Crashlands.

We hope the A.I. just needs a little tweaking to be viable on more devices, since Really Bad Chess is worth recommending to players of varying skill levels and iPhone ownership. The core idea is a wild twist that still maintains the essence and strategy of the original game. The presentation is simple but functional and beautiful, even before you include the nine color palette swaps available in the full version. With more variety in its modes and improvements to the A.I., Really Bad Chess would be our preferred way to checkmate.