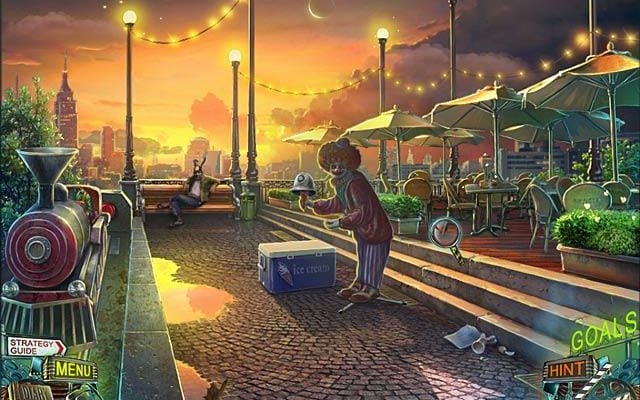 Some people will do anything for fame, but in ERS Game Studio’s newest adventure puzzle game, Reality Show: Fatal Shot, that desire for 15 minutes in the spotlight actually turns deadly, as a man is killed on air by being thrown off of a bridge. You’ll need to jump into the shoes of a detective to solve the mystery surrounding this man’s death, while always keeping in mind that even the victims aren’t always who they appear to be.

While Reality Show: Fatal Shot appears to be another in a long line of crime-themed hidden object games, the first thing that any would-be player needs to realize is that this isn’t a hidden object game, as you won’t spend your time finding any items on lists. Instead, the game takes all of the other mechanics from those games, including lots of puzzles and mini-games, and turns them into a fast-moving final product. 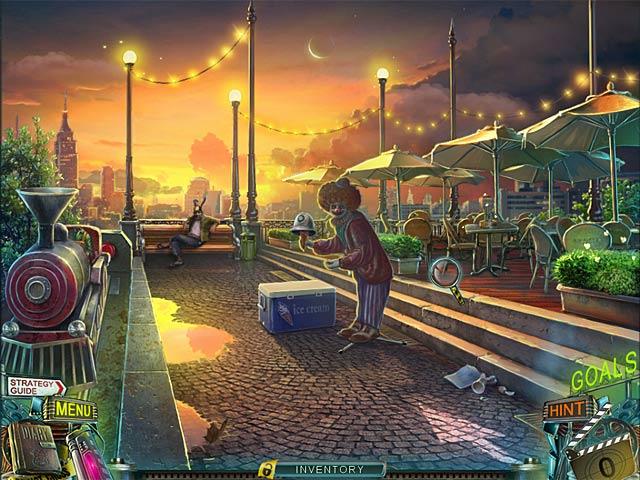 The lack of hidden object scenes places so much more focus on the game’s puzzles, which are highly varied but not entirely successful. There are some traditional puzzles like tile rotation, swapping and sliding puzzles, but there are also just as many unique games, like those that see you lockpicking a safe via trial and error, guiding a monster around a game board while picking up colored balls, using a crane to reorganize pieces of a path and so on. While this variety is greatly appreciated, each puzzle comes with just one or two sentences of explanation, and sometimes that’s simply not enough.

The more unique the puzzle, the more likely you’ll become confused, especially in the case of a banjo playing mini-game that never correctly worked (either by design or bug) and forced us to use the skip button to move on. If you’re looking for a really casual experience, the hint and skip meters in Reality Show: Fatal Shot recharge quite quickly on the game’s most difficult setting (of three), but obviously, the more shortcuts you take, the faster you’ll finish an already short game.

Reality Show: Fatal Shot has an interesting storyline, even if our detective is rather clueless and worthless, and the inclusion of complete voice acting is great. There are a few journal entries and recordings to read/listen to along the way, but the game’s custom cursor is massive and hard to get used to. What’s more, Mac players have no option for widescreen graphics on their widescreen monitors, so the graphics appear skewed and stretched unless playing in a window. 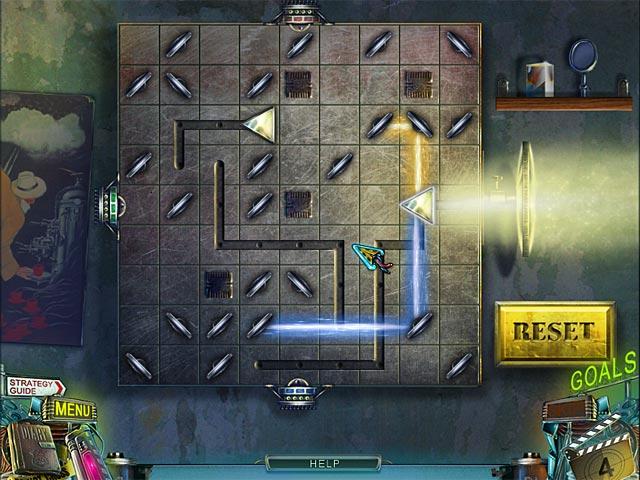 While the game doesn’t rely on needless backtracking to add length to the experience, there are a few cases where your inventory will become so full of items that your next step is hard to determine, and we even had some click recognition issues with items due to the aforementioned large custom cursor.

This is one case where the story of who-done-it is intriguing and worth finishing once you get going, but launching as a collector’s edition simply doesn’t contain enough to be worth the padded cost, especially since there are no hidden object scenes, which isn’t made apparent before the purchase is made and the money is spent.

In the end, Reality Show: Fatal Shot is an odd game to judge. Its nice graphics are distorted in the Mac version of the game, but the storyline is interesting and the voice acting helps both the villains and the heroes come to life. With no hidden object scenes, this isn’t an experience for everyone, and should definitely be downloaded as a trial before the full investment is made.