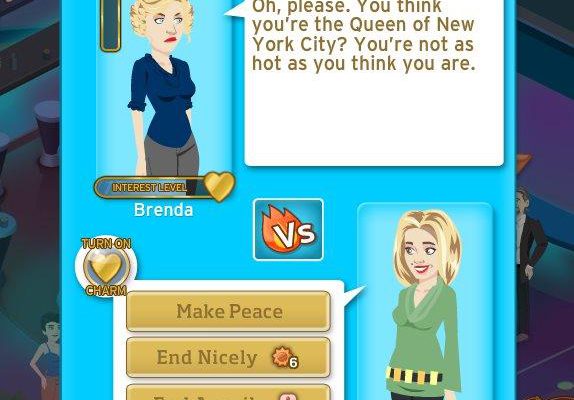 How do you feel about putting on a fake face and adhering to female gender stereotypes in order to climb your way up New York’s social ladder? If your first thought is, “Ick, not for me,” then you won’t get anything out of Real Housewives: The Game. If, however, you think “Well, I guess it’s shallow, but it also sounds kind of fun,” or, “Man, I am all over that,” then you’ll find it surprisingly easy to while away a couple of hours with this social title. Just don’t expect a soul-expanding Facebook game experience.

Real Housewives: The Game is, of course, based on the Real Housewives reality TV series/franchise. Your goal is to transform from a friendless wallflower to New York’s most talked-about chicky. Unfortunately, things get off to a disappointing start with the game’s avatar creation, which is limited. You can only play as a woman, and customization options are slim. It’s a curious decision by Eyes Wide Games, seeing as your physical appearance plays a big part in you getting noticed. 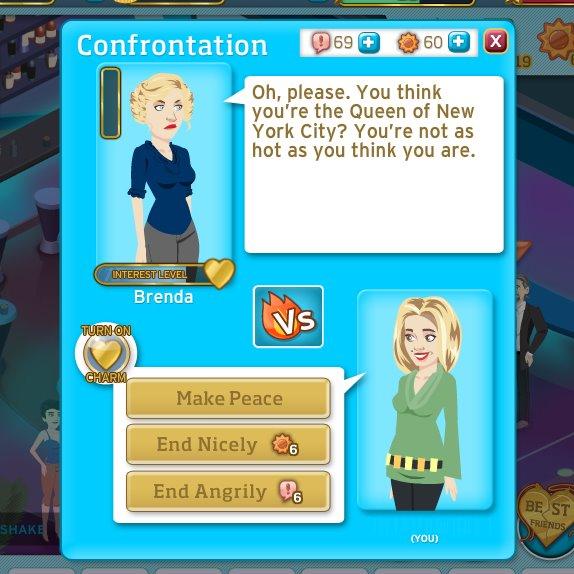 Outside of the game’s meager character customization options, Real Housewives: The Game actually gives you quite a bit to do. The main storyline involves completing a series of quests to help worm your way into the clique and advance your social standing in New York City. But gaining access to said quests requires you to collect certain status symbols, including Style, Bliss, Buzz, and Attitude. You earn status by initiating conversations and choosing the tone. Will you flirt with the gondola driver who just wants to go on his break? Or will you be sassy and play hard-to-get?

Starting a quest may also require you to have certain items on-hand, like some hot gossip or a fashion tip. These can be earned by hitting the hottest hangouts in town and exchanging conversation with other socialites. Mind, you typically don’t get to actually read the fashion tips or gossip. It would admittedly be kind of fun to find out more about who’s acting catty towards who, though it would probably just break down into a lot of empty discussion about how “Aviva’s getting so faaaat.“

You also need to keep in mind that wherever you go, your clothes go with you. You can buy several outfits, and every club, bar, restaurant, and hangout has a dress code. If you pick the right outfit for the right situation, you earn bonus buzz (and you get to feel a little proud of yourself in the real world, especially if your fashion sense doesn’t extend beyond running shoes, jeans, and video game T-shirts). 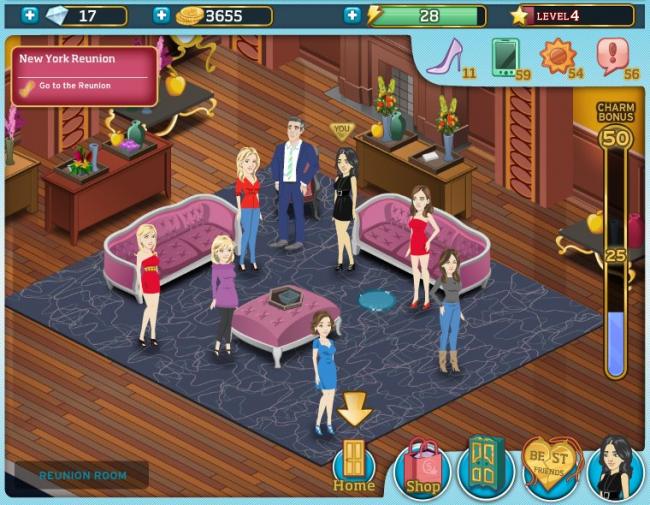 “Depth” is not a word that’s easily associated with Real Housewives, but some thought evidently went into Real Housewives: The Game. Its mechanics are relatively unique, which sets the game apart from the perfume-scented pile-up of celebrity games on Facebook.

Real Housewives: The Game does have some failings, though. While collecting status around New York City is an interesting idea, it doesn’t require you to do much beyond click-through conversations. Same goes for playing through most of the game’s quests. Also, the game’s graphics are bland, the characters’ facial expressions are limited, and the aforementioned lack of avatar customization options is a bit puzzling.

Regardless, if you’re a Real Housewives fan and you want to participate in some drama that’s not born of your Facebook news feed for a change, Real Housewives: The Game will gladly immerse you in fashion crises galore.