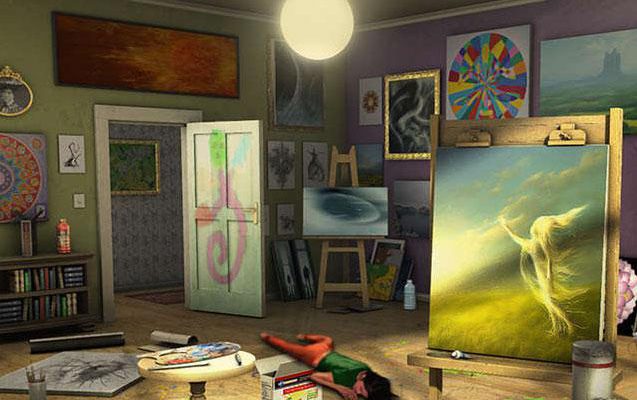 Despite how glamorous it’s made to look on TV and in movies, police work is actually quite grueling. It’s lots of hard, tedious work – fact that hidden object game Real Detectives: Murder in Miami is apparently trying its best to replicate. An odd mix of goofy humor and gory crime, Murder in Miami can’t quite figure out what it wants to be.

You tag along with a pair of detectives as they investigate a number of suspicious deaths in Miami. At each of the various crime scenes, you’ll be given a list of goals that update as your make progress in your investigation. New locations will become available as you learn more about each victim, and new suspects will come to light as you unearth the truth. Some crimes will remain unfinished while evidence is processed at the lab, which gives the game a nice feeling of continuity, rather than simply hopping from crime to crime to crime. 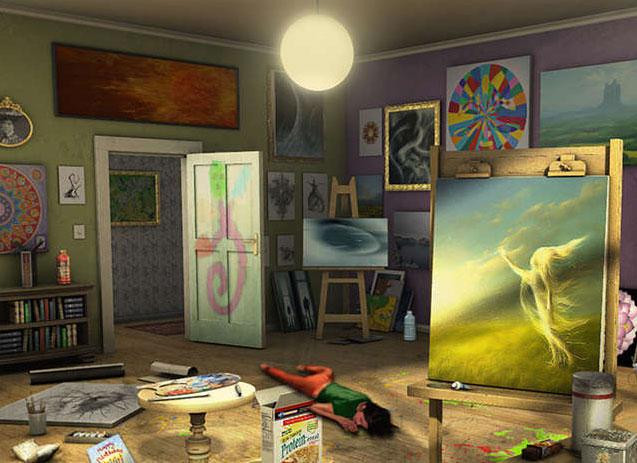 Murder in Miami starts off quite promisingly as you use forensic tools like a camera and fingerprint powder to search a dead model’s apartments for clues as to her killer. Things swiftly move downhill, however. Being a homicide detective, a big part of your job is, naturally, finding clues, a task that seems tailor-made for a hidden object game. And search for clues you shall…not that you have any idea what they might be. In some cases, the objects you’re looking for are relatively obvious; if you need to find things pointing to someone’s identity, you can guess that you might need to look out for photos, a driver’s license, something like that. But when the only direction you’re given is “Find 11 clues” – pretty typical for Murder in Miami – the hunt becomes more frustrating and less enjoyable.

Not all of the searches are dull. Find body parts inside the tummies of alligators is kind of amusing, but searching an office for pieces of paper, file folders, and Post-It Notes isn’t very exciting, especially when you don’t know that’s what you’re looking for. Even when you can take a stab at what might be significant in your investigation, it doesn’t necessarily help you find the item in question. Email might be a good clue, but which of three identical computers should you pick up? Click on them all, it’s the only way you’ll find out.

Murder in Miami doesn’t completely break with the expect HOG formula, though. You’re often asked to find a certain number of somethings – voodoo dolls, scraps of paper, towels, frogs, whatever – and there are simple puzzles to solve, too. They tend toward jigsaw solving, but occasionally something more difficult, like figuring out the code to a safe is thrown in. 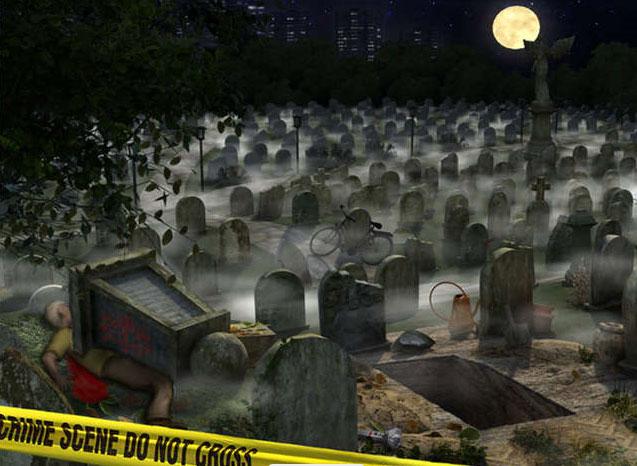 It’s not enough to find clues, of course – you also have to interrogate suspects and identify the killers. Sadly, this part of the game is drab, too. A suspect is trotted before you, you drag various bits of evidence you’ve collected into a circle attached to their portrait, they comment on it, lather, rinse, repeat as needed. You don’t need to intuit anything from their comments – you don’t even have to guess whodunnit. You simply have to go through the motions until the game decides it’s time to move on.

The game also seems unable to decide whether it’s a tongue in cheek lark or a gritty police story. Characters with names like Detective Foible and Detective Healer seem at odds with a crime like someone murdering his boss for making time with his teenage daughter or a suspect who runs drugs on the side. The tone is at turns lighthearted and incredibly grim. The jokes are juvenile, but the subject matter is very adult. It’s all just a bit weird and uncomfortable.

What makes Murder in Miami‘s lackluster gameplay and uneven tone particularly unfortunate is the fact that the cases themselves are actually pretty interesting, providing a host of suspects, motives, and red herrings. If only it were more fun to get to put the bad guys away.