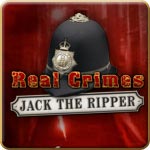 Real Crimes: Jack the Ripper is the second game in the Real Crimes series of hidden object games whose events are based on crimes that actually happened in real life. But unlike Real Crimes: The Unicorn Killer, where the murders occurred in 1977 and were therefore still relatively fresh in the minds of a lot of people, Jack the Ripper is based on crimes that happened more than 100 years ago and are still unsolved to this day.

The game revolves around the grisly murders of five women in the East End of London, England in 1888. Although the police investigation turned up a few different suspects, the killer – who the newspapers nicknamed "Jack the Ripper" – was never caught. You’ll step into the shoes of an investigator helping Scotland Yard try to crack the case once and for all, with the aid of forensic science techniques like fingerprinting and blood sample analysis tests, which were brand new at the time.

The mystery of Jack the Ripper – and the image of him stalking his victims through the dark, foggy streets of London – is a source of endless fascination for some people. Entire books have been written about this sinister figure, and people have spent their careers arguing who the identity of the killer really is from the acknowledged list of suspects. The material for an intriguing, creepy and educational crime thriller are all there, but like its predecessor The Unicorn Killer, this game also fails to truly capitalize on the source material, choosing instead to churn out a substandard run-of-the-mill hidden object game.

The game is split into five investigations as you examine the case file of each of the Ripper’s victims and travel to locations that have some relevance to the case. There, you’ll search for a series of random items on a list, eventually turning up a key piece of evidence. There are no inventory puzzles, just straight-up HOG gameplay. You’ll also interview the prominent suspects in the case, which include a foreign barber with a surgical background and a mentally unstable member of the royal family. At the end, you’ll finger the killer based on the evidence you’ve gathered.

There are two game modes to choose from: Rookie Mode is untimed and will let you search at your own pace, while in Detective Mode you have 10 minutes to find all of the items in a scene. Each time you click on a wrong item you get docked 10 seconds off the clock, but you can add 30 seconds by finding  fingerprints. There’s also a finite number of hints instead of an endlessly recharging hint meter, although you can find an extra hint per scene by finding the hidden police badge.

There are some fun London locales, like Picadilly and a dreary East End alley, but overall the game lacks a compelling atmosphere. The same goes for the story, which is conveyed through a series of dry, analytical conversations between the two investigators. Some of the scenes are ill-conceived as well, such as the front of Scotland Yard where you have to squint through a high fence to try to find items on the other side.

The handful of mini-games are nothing we haven’t seen before, such tile-sliding puzzles, piecing bits of a note back together, and memory card matching. And for the recording, trying to match two of the same fingerprints that all look almost the same isn’t very fun. If you’d prefer not to deal with the mini-games, they can all be skipped.

By far the biggest annoyance, however, is that many of the items are either too vaguely labelled or there’s simply more than one of them in a scene so you have no idea which one is the "correct" one to click on. This happened over and over again – I’d be asked to find a book when there’s a whole shelf of books in the room; a knife when there are two or three objects that could be classified as a "knife" in the scene; or a "bottle" which could refer to any of the dozen glass receptacles. On another occasion I was asked to find a horse but couldn’t click on the Knight chess piece, which of course is shaped like a horse.

On the plus side, the game is slightly longer than The Unicorn Killer, which many people were able to finish completely before the free trial ended, but not by much. The game also affords a certain degree of replay value since when scenes are replayed you have a different set of items to find. Still, even if you’re a "true crimes" buff or have an interest in the Jack the Ripper mystery, Real Crimes: Jack the Ripper you’re still likely to find the game lacking.