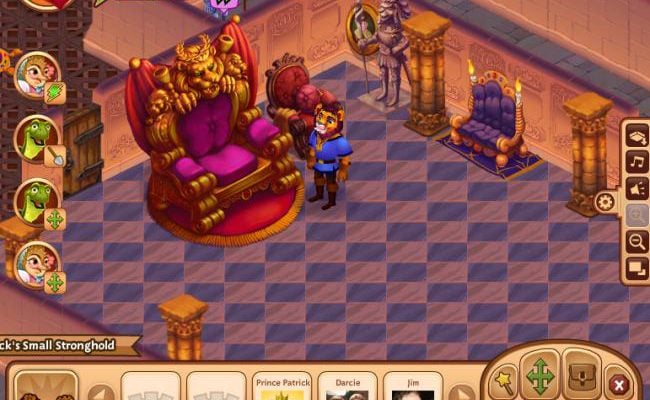 If you’re wondering why Gamezebo’s a little late in its coverage of the release of Ravenshire Castle, the answer’s simple–for a couple of days, I was unable to do anything past the third or fourth quest thanks to a bug that prevented new missions from appearing. That in itself speaks of the obstacles surrounding the game’s release, and as I’ve ventured into the castle itself and beyond, I’m surprised to find less threatening shortcomings at almost every turn. It’s a shame, really, since there’s a good game lurking behind all these issues, and Ravenshire Castle goes to great lengths to prove that there’s still room for innovation in an aging genre.

To be fair, much of the game plays like the usual city and farming sims that we becoming accustomed to for almost as long as there’s been social games on Facebook, down to cutting down the accumulated dross around the map and decorating as you see fit. There’s even a bit of lightweight story action seasoned with some memorable voice work, although it’s somewhat wasted on a narrative that merely serves to give you some background into why you have a castle in the first place. 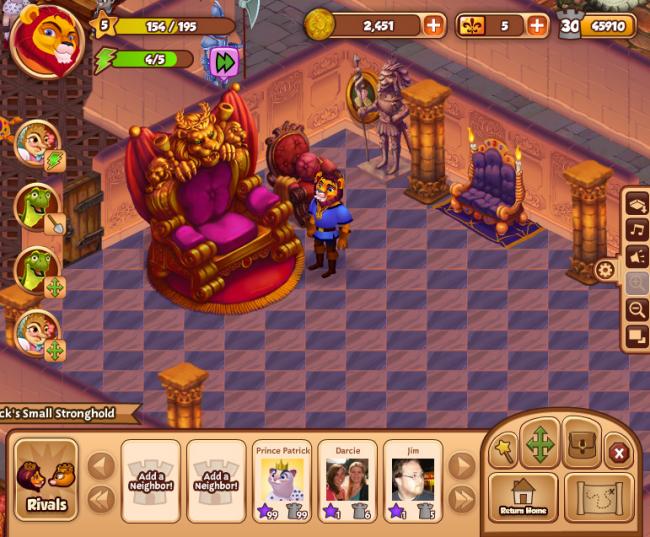 Beyond that, you’ll ask your friends for resources as usual, and you’ll expand your ancestral home as you get more supplies for new projects. And sometimes, you’ll need to sneak into other castles and steal them from your rivals.

That’s where things get interesting. Although you can burglarize computer-generated castles, the option to invade a player’s castle for the same items probably comes the closest to player-versus-player combat that these types of games have ever been. Guards patrol the halls and rooms of every castle, and the trick is to steal as much as you can without getting caught.

The rather severe lack of energy on the part of your would-be captors makes these stealth adventures something of a featherweight challenge, and if the guards catch you, you may have to suffer an interrogation at the hands of your villainous player captors. It’s silly fluff at best, but it’s so far ahead of the offerings in similar games that it’s hard to believe we went so long without such options. 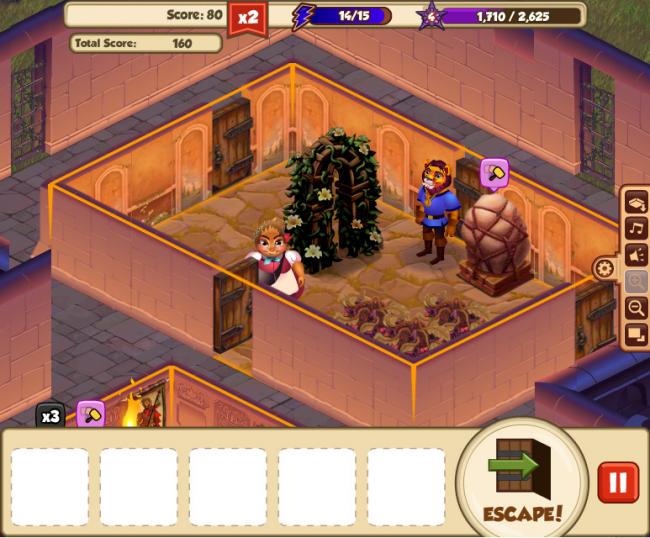 It’s worth nothing that Silverlake (made of a bunch of folks who banded back together after the fall of Lolapps) prides itself on having made a uniquely beautiful game for the genre, and that dedication shows up in almost every camera angle. Put simply, Ravenshire Castle probably looks more like something out of a Pixar or Disney flick than anything else in the genre. The beauty places a considerable strain on the experience at times, though, resulting in clippy framerates even on high end machines and long loading times for individual elements that might prove problematic while you’re prowling through another castle.

But the idea is generally solid, even if we’re still looking at a rough draft. Longtime readers of this site know that we’ve been been fans of the “Raven” games since their very beginning, and I’m glad to see that they’ve kept up that same commitment to innovation here.

Still, there’s a general consensus that this might be the last game in the series, and I’d hate for it to be spoiled by a less than stellar performance. If you’re of the same mind, you might be better off waiting a until the kinks to get ironed out.