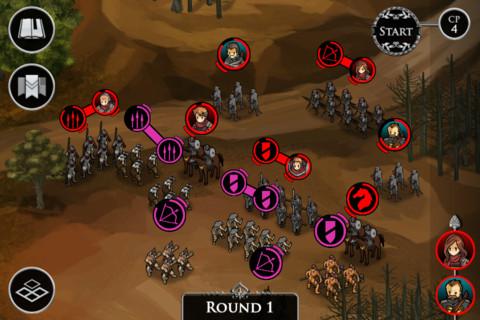 It’s rare to find something both as epic and excellent as Ravenmark: Scourge of Estellion

I don’t know about you, but I find warfare exhausting. Not because of the grueling marches, the constant threat of defeat, or the copious amounts of bloodshed. No, it’s the strategy and planning that always leaves me tuckered out after a short amount of time, though I’m often rejuvenated from the success of crushing my enemies. If you’re like me, though, then you’ll love Ravenmark: Scourge of Estellion. Not only does the game provide a lot of challenging strategy, but it also keeps things entertaining enough that you’ll never feel worn out while you’re playing it.

The game takes place in the fantasy world of Eclisse. The place actually sounds fascinating: The entire world seems like a cross between Ancient Rome and Medieval Europe, with some slight steampunk elements (mainly aesthetic) mixed in. You command the forces of the Empire of Estellion (largely based on the Roman legions) as it finds itself under attack by a group of mystics, as well as political threats from within. At first, the story is almost overwhelming, because you’re immediately dropped into the adventure with practically no real explanation.

However, it turns out that game’s mythology is actually detailed in the Codex, an in-game encyclopedia that you’re encouraged to consult at every opportunity. The Codex provides a lot of insight about the world, including histories, factions, and major players. It takes a little patience to scroll through all this information, but it’s totally worth it if you’re a fantasy buff.

Ravenmark starts out with a simple tutorial that quickly becomes deep and complicated within a few levels. At its core, the game is a turn-based strategy title, complete with grid maps and different types of terrain and elevations. You command a series of military units around battlefields of various sizes, and your units will automatically attack enemies when they get within range. You have a certain number of action points a turn to dole out to your forces, though you’re able to bypass this requirement if you use standing orders to automatically direct them until you decide otherwise (like if you just want them to advance across the field for a while in one direction). If you’ve ever played a title like Final Fantasy Tactics or Advance Wars, you’ll feel right at home as soon as this game begins.

If this all sounds a bit confusing, it is… but only for a little while. The game doesn’t take things too slow while it introduces you to all the battle mechanics, and it’s not uncommon to feel overwhelmed. Still, the first few battles are rather forgiving, and you can stumble your way through things for a little while until you finally get most things figured out, which —thankfully— doesn’t take too long. It also helps that everything works like it should and the various radial menus are surprisingly easy to navigate.

The game’s soundtrack deserves some special attention, since it’s epic and sweeping and never feels old. The symphonic score is truly lovely; the work of composer Josh Whelchel is really worth bragging about and his music will undoubtedly be amazing again when it’s featured in Mojang’s upcoming Scrolls. 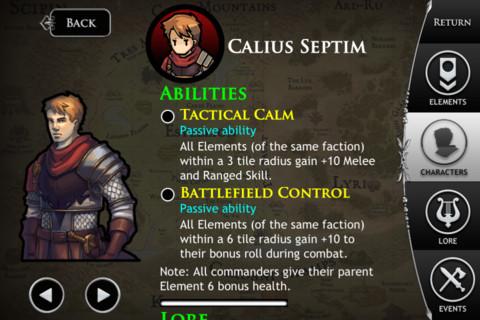 Visually, the game is also excellent. The isometric view of the battlefield is presented wonderfully, especially since the environments all look like they were created as concept art speed paintings. The cutscenes, meanwhile, look equally great, with beautiful animated portraits of each character used to depict dialog. This is one of those titles that does a great job of proving that 3D graphics crafted in the Unreal Engine aren’t necessary to make a great-looking game.

Ravenmark: Scourge of Estellion is just about perfect as a tactical game on the iPhone. It’s beautiful, it’s engaging, and it’s a lot of fun to play. The only problem that it has —aside from the somewhat steep learning curve— is this title isn’t universal for iOS devices, so folks trying to enjoy this on the iPad won’t get a great-looking game if they play it in its full-screen mode. Other than that? It’s rare to find something as excellent (and epic) as this.