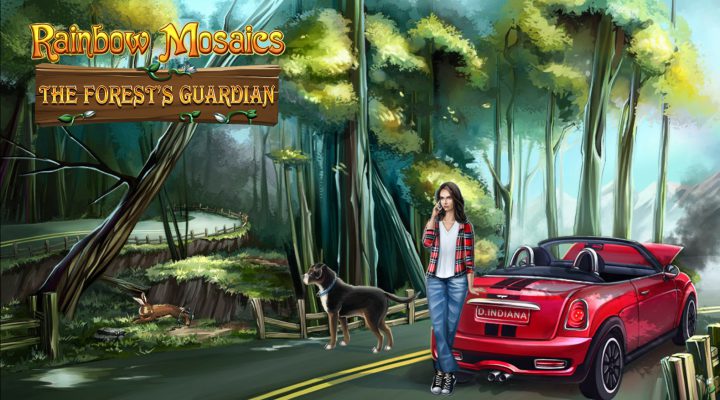 Interesting use of color combinations to create more complex pictures.

Difficulty is far too low for experienced logic puzzle players.

Not a lot of variety from the core picross experience.

There’s something innately satisfying about a good game of picross. The numbers, the tidy rows and columns, the cut and dry logic of filling in squares based on rules. Then there’s the payoff of a giant pixel picture that you made all by yourself. It’s satisfying, all right, and Rainbow Mosaics: The Forest’s Guardian taps into that sensation with tons of puzzles and a few fun aesthetic bonuses along the way.

One thing most picross puzzles don’t give you is a storyline. In Rainbow Mosaics, you’re following the tale of a young woman traveling in the woods with her faithful puppy companion. Her car breaks down and she doesn’t have cell service, which is a bummer. Just then a mysterious man steps out from the trees. Your dog frightens him away, but with no other hope of rescue at your disposal, you set out to find him. Fingers crossed he’s not a forest dwelling murder freak, right? 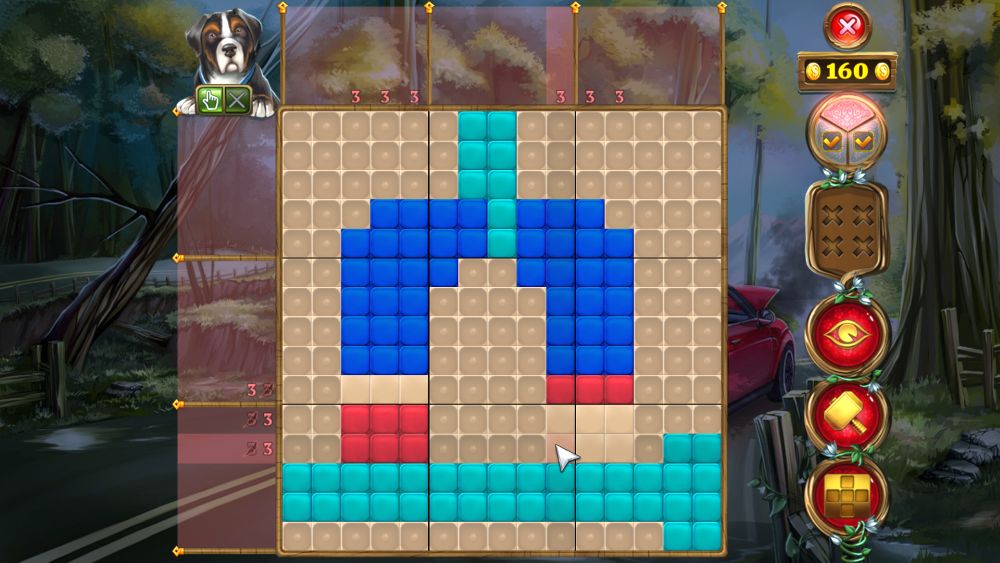 In case you’re unfamiliar with picross/nonograms in general, here’s a brief rundown. Each puzzle displays an empty grid with sets of numbers on the top and side. These numbers indicate how many squares should be filled and in what order, leaving at least a one space gap in-between. For example, if you see 4 2 3, you’ll fill in four squares, leave a gap, two squares, leave a gap, then three squares. By cross referencing clues on the top and side you can eventually fill in the entire picture without making any wild guesses.

Rainbow Mosaics: The Forest’s Guardian uses colors to make picross puzzles more flavorful. Each level has multiple schemes that fit together on the same grid. Once you solve the red set, for example, you’ll switch over to blue, all without leaving the current grid. Multiple colors never occupy the same squares, so the new clues are always easier to fill in than the original ones. That knocks the difficulty down a few notches, but because it adds colors to the pixel pictures, it’s extra satisfying in the end. 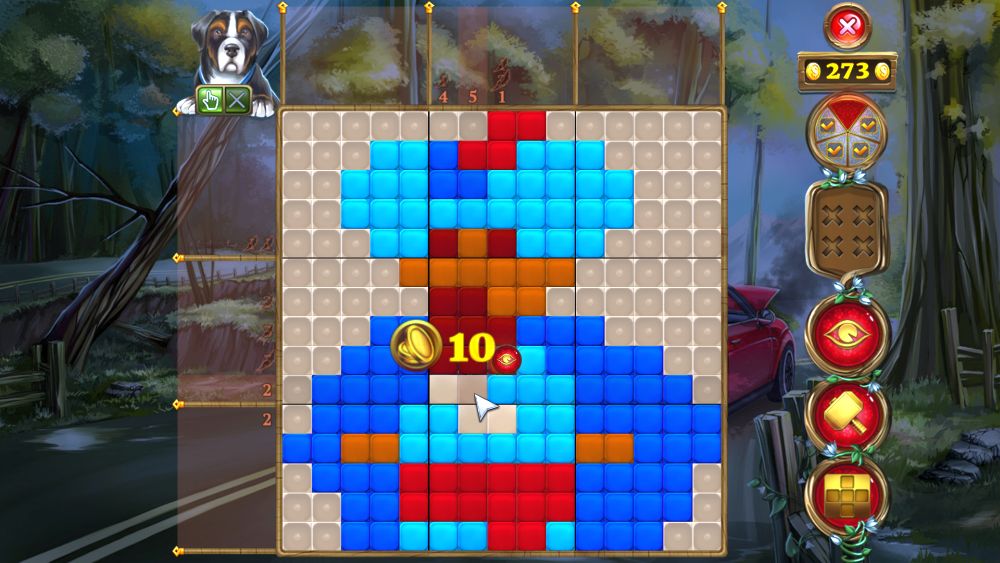 Another feature Rainbow Mosaics gives you are clues. There are three different types to use: the eye, which opens a single filled-in space, the hammer, which uncovers the correct status of a random space, and the grid, which reveals an entire section of spaces simultaneously. Of course, since the nature of picross is to provide puzzles that can be solved by pure logic, these hints aren’t strictly necessary. But if you want to earn the maximum number of coins and make it out of the stage without any errors, don’t be so shy about putting them to good use.

The entirety of the Rainbow Mosaics experience sticks largely to the tried and true picross format. The color combinations add a nice visual upgrade to a normally stale medium, but apart from that it’s pretty straightforward. The chief downside of the whole game is that the difficulty never really takes a spike in the right direction. At the beginning the puzzles practically solve themselves, and towards the end you’ll only pause to scratch your head once or twice. Still, it’s a great casual nonogram experience that looks great and plays like a dream.