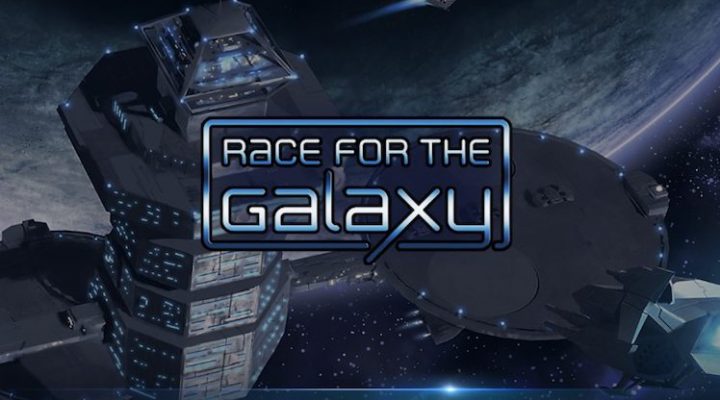 Tutorials are not very helpful

Race for the Galaxy is a pretty darn great board game that I don’t own myself simply because there’s no solo play. Seriously, that’s kind of a deal breaker for me when it comes to board games. Long story. But now we have a digital version to enjoy on our mobile devices, so hooray! Mostly.

The entire point of Race for the Galaxy is to earn the most points by expanding your own personal galactic empire. If you’re on top at the end of the game, then congratulations, you win! Actually earning those points is where all the head-scratching strategy comes in, of course. 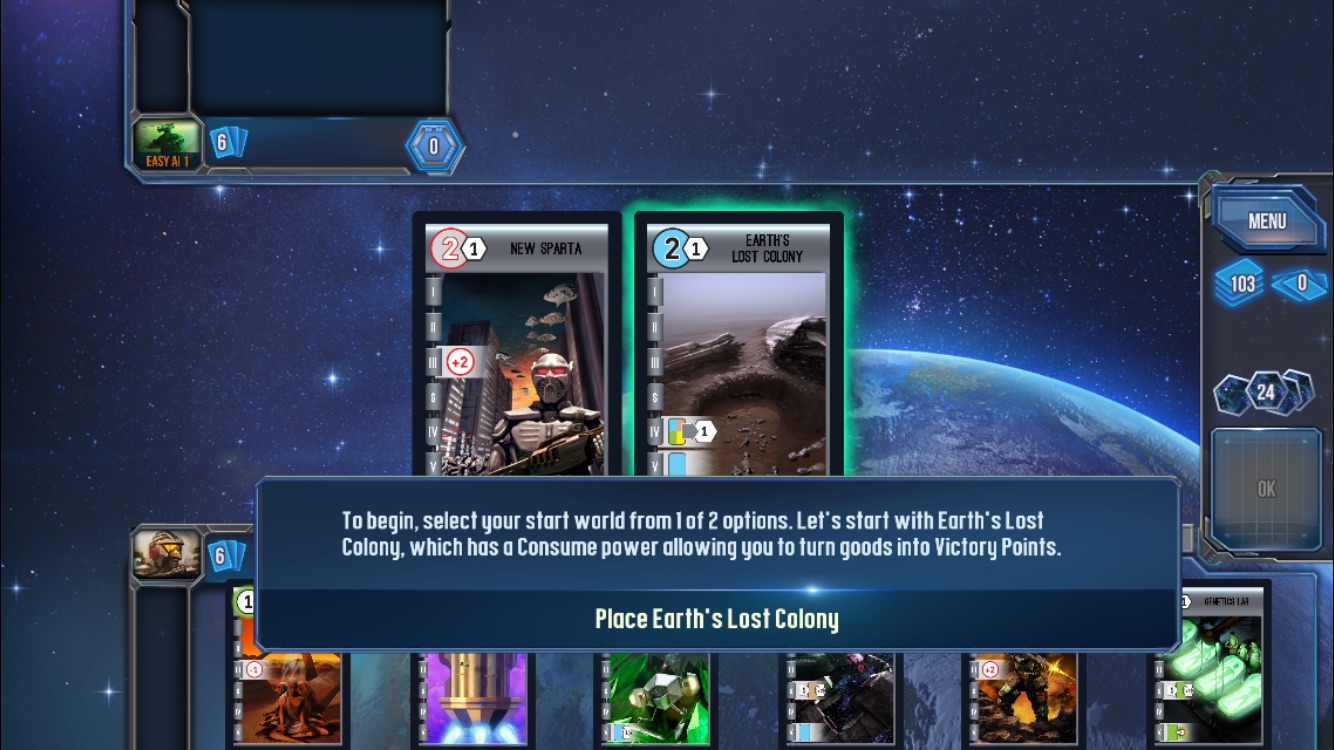 There’s a bit too much nuance to everything to cover all of it, but the basic idea is that each round begins with players choosing an action. All players can then perform the chosen actions in order (the actions are all numbered), but whichever player chooses a given action can perform it with an added bonus like a building discount and so on. So that right there makes things interesting, because you can do stuff like pick an action you know your opponent may want to take so that you can deny them the extra benefit, purposefully ignore actions that you know may help someone else, etc.

I also love how the cards you use have multiple functions. You can, of course, play them into your tableau in order to gain their various perks, but cards are also used as currency. This means that you could have a hand of several really great cards, but might have to make an agonizing choice when it comes to deciding which one to play and which ones to use to pay for its cost. I adore stuff like that in my board games. 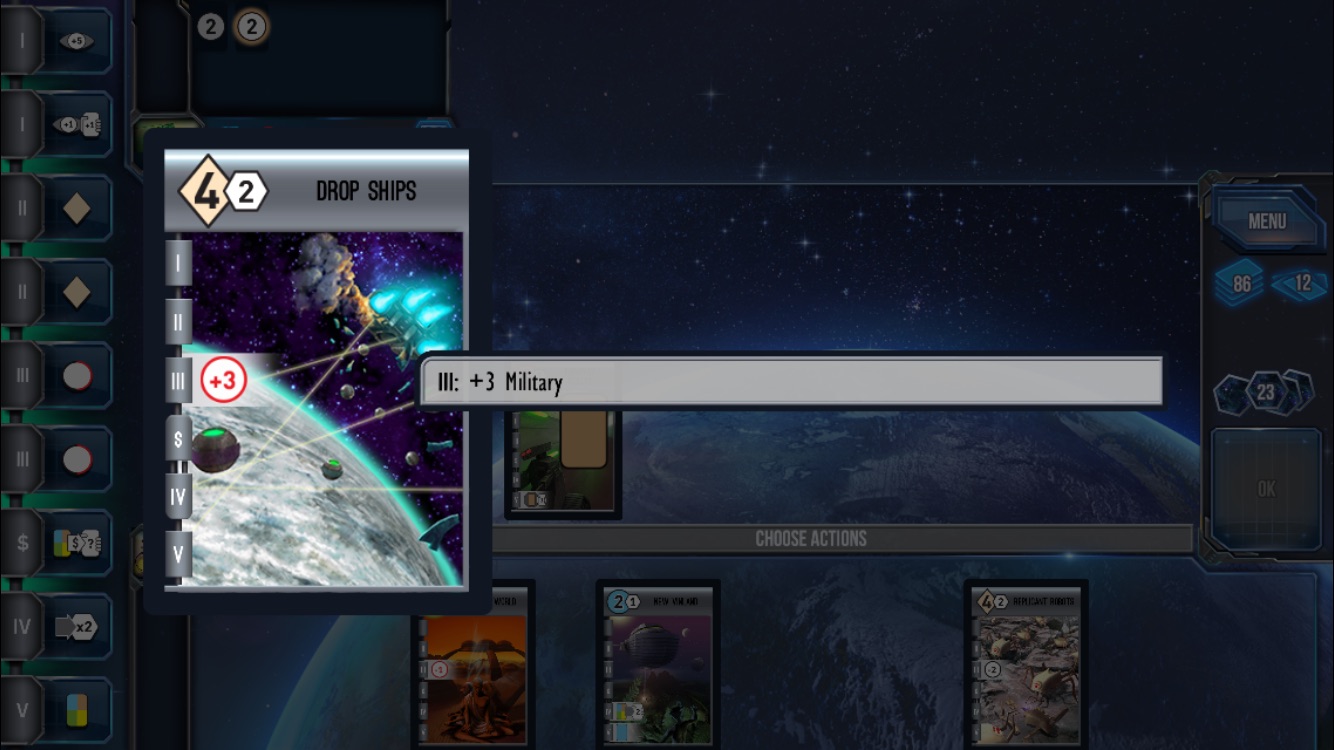 All of this translates quite well into digital form thanks to a simple-but-so-functional-you-barely-notice-it (in a good way) interface. It does bug me that the text is so tiny, though. I mean it’s readable, but it could stand to be a few point sizes larger. Especially in the menus. There was a fair bit of holding my phone much closer to my face than usual. Yes I’m old and frail, but the text is still small.

Then there’s the tutorial, which is about on par with most other mobile board game conversions. That is to say it’s not particularly helpful. Yes, it takes you through the steps of “play this card, now discard this,” and so on, but it doesn’t explain why you want to do any of that. It doesn’t explain about 90% of the iconography, either. It’s not a problem for anyone who’s already familiar with the physical game, but complete newbies are likely to have a tough time at first. Likely an even tougher time if they jump right in to online play. 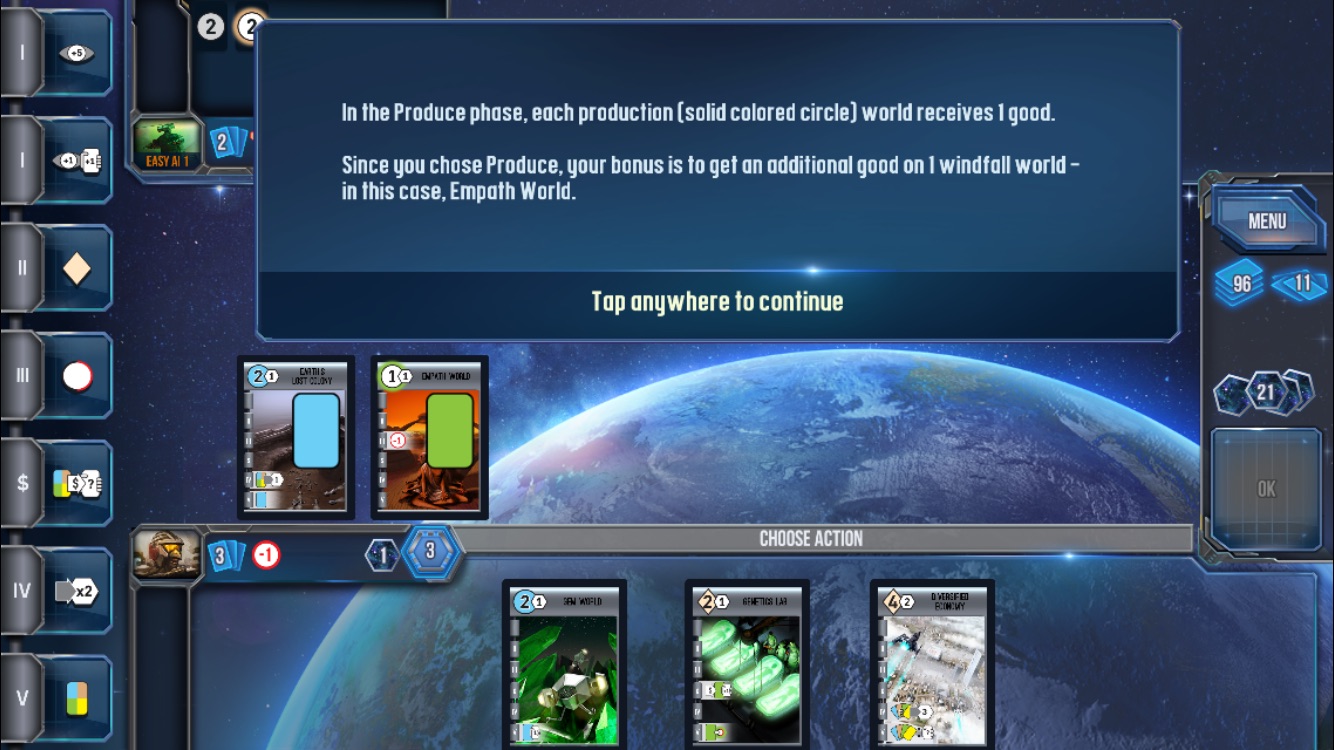 I don’t understand why it’s so difficult for digital board game conversions to get tutorials right, but it’s a common problem that Race for the Galaxy unfortunately hasn’t avoided. Also tiny text. Still, once you (eventually) figure out and get used to the icons, as well as the various types of strategies, it really is a great game. I really do wish it was more welcoming to new and out of practice players, though.