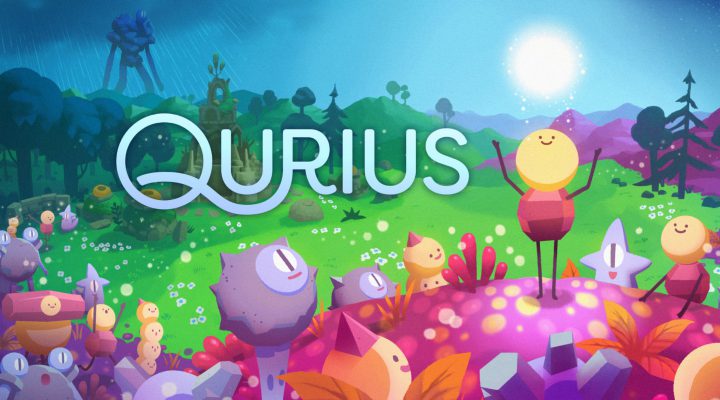 Fantastic graphics and an immersive soundscape.

Static weather conditions (sorry Ireland) could spoil some of the fun.

Some users have reported issues with location accuracy.

Having spent a fair bit of time in public beta, Qurius was formally released near the end of 2016 — and once you start playing, you’ll suddenly find yourself looking forward to weather events that would have most running for the hills. Snowstorm? Heatwave? The cloudiest, most dreary of days? Bring them all on – the sooner the better.

Qurius is a town-building game that awards crucial gems based on the real-time weather (and time of day) at your location; the more extreme, the better. This clever tactic is also a way to keep you coming back for more – every time the weather changes there’s something to gain. 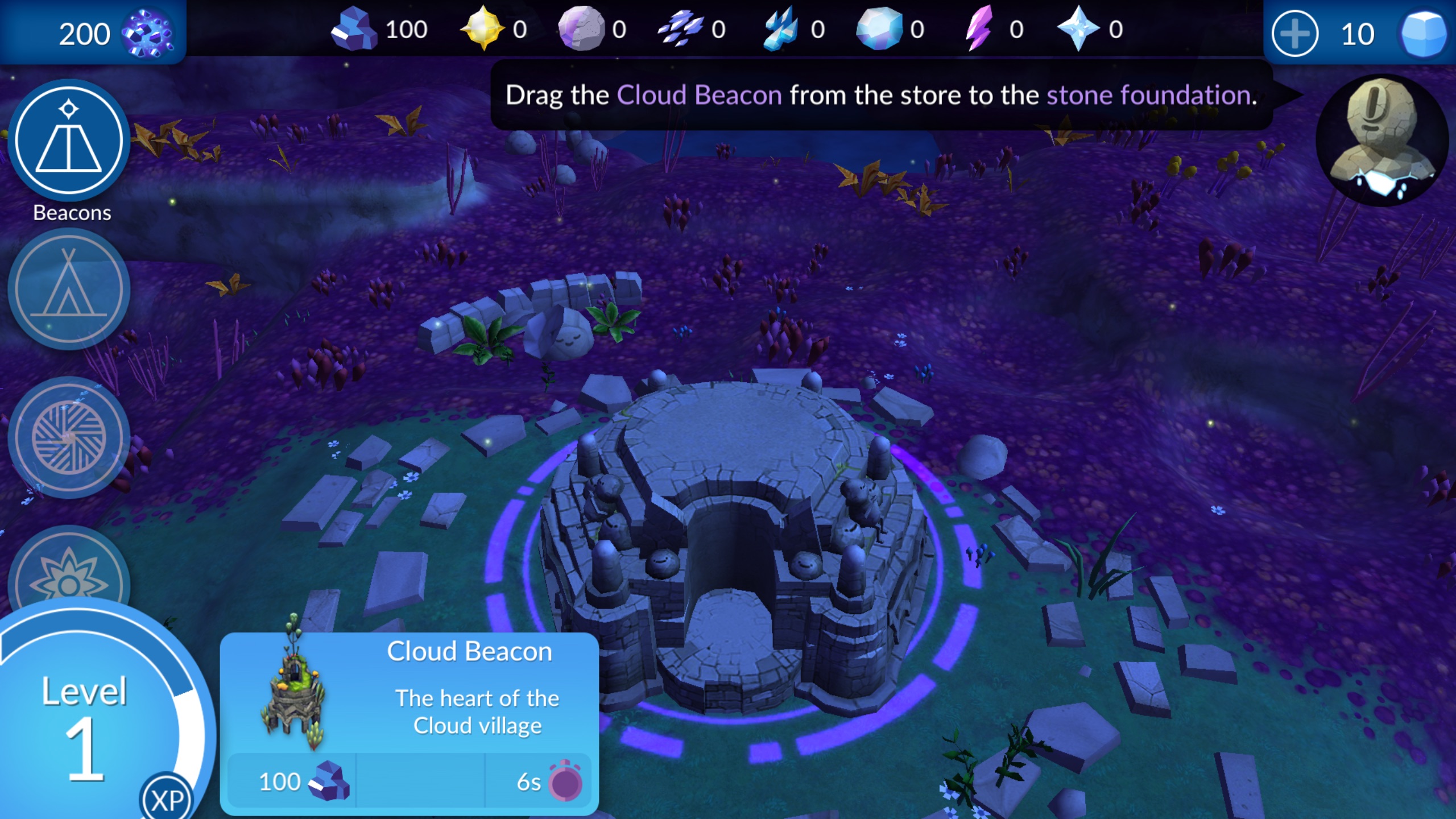 Its unique concept isn’t the only thing working in Qurius’ favour. With the exception of some players having difficulty finding the action button (located in the bottom left corner of the screen), the gameplay is extremely intuitive. Just as importantly, Qurius features an absolutely stunning landscape and characters so friendly – from tiny adorable Quarks to the dancing Shaman – that protecting them from any and all threats will quickly become your life’s new mission. Just try leaving a tiny little Quark to fend for itself – it’s impossible for anyone with anything short of the coldest heart.

Much of the gameplay, particularly in the early stages, centers around making the most of your Quarks. If you shelter and support them properly, they will support you in turn. They can be sent into untamed lands in order to search for and retrieve gems. At the same time they are also able to help the Shaman build new structures.

Similar to other town-building and role-playing games, the action is driven by the completion of quests. Quests are embarked upon one at a time. While this is fine, given how long some things take to build (creating a mystical town takes patience), it can get frustrating at times.

For those really looking to speed up gameplay or obtain premium meteorites that dish out better rewards, it’s possible to use real money to purchase additional in-game currency (Qbits). However, the gameplay experience is excellent even without shelling out extra cash simply because there is so much to explore. Unlike some games where in-app purchases are almost necessary, it definitely feels like buying extra Qbits is a great way to say thank you to the developers for a beautiful game. When it comes to the use of in-game advertisements, only two ads were encountered in over two hours of continuous gameplay, so to say they’re unobtrusive is an understatement. 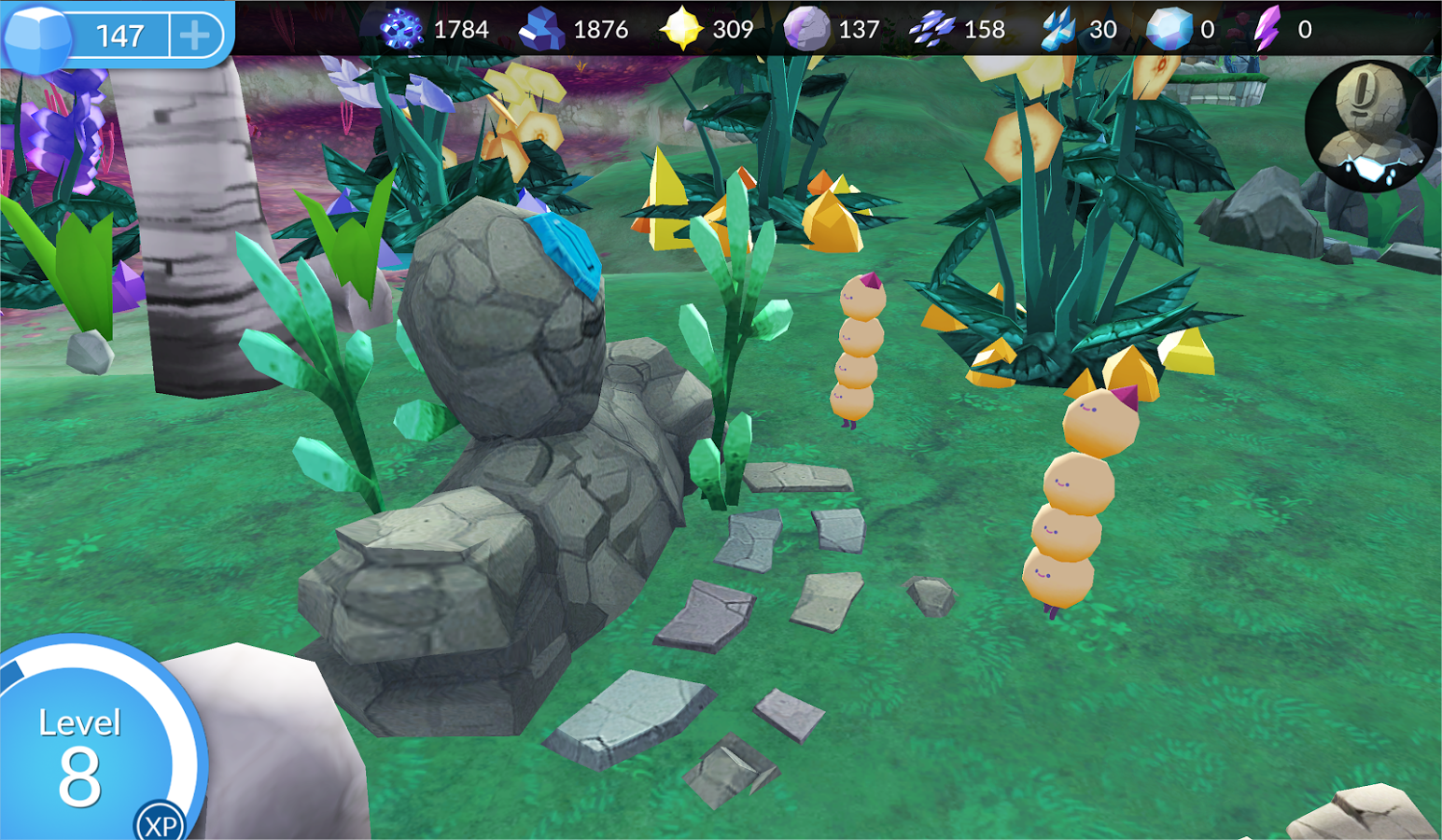 While Qurius can be played in silence, for the richest and most immersive experience, turning the volume up is recommended. The background music is, like the visual elements of the game, based on real-world conditions where you are; mimicking the feel of your environment with almost creepy accuracy. While it’s dangerous to look behind the magician’s curtain, it would be interesting to know how they were able to align environment and soundscape so perfectly.

Because of the way Qurius integrates real-world environmental characteristics, its creators have billed it as the world’s first ‘connected reality game’. Though it isn’t entirely clear how distinct ‘connected reality’ is from AI-driven augmented reality, icejam have still set the bar high for future game developers looking to make extensive use of big data to create new types of gaming experiences.