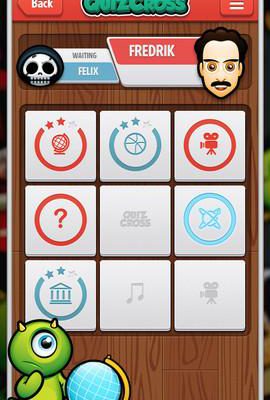 Hey! Someone got their trivia in my… Tic-Tac-Toe?

Trivia is one of those kinds of games that just about anyone can enjoy. So long as they aren’t terrible at remembering random facts, anyway. The problem with being a universally enjoyed game is that it can be difficult to capture any attention amidst the sea of titles on offer. This has a lot to do with why I’m so impressed with QuizCross; it changes up the formula quite effectively.

In a basic sense, QuizCross is a lot like other social trivia games, especially on iOS. Players get matched up against their friends or a random person, then they each take turns answering a series of questions within a number of different categories ranging from Entertainment to Politics and beyond. It’s fairly typical of the genre but one major difference here is the strategy that’s involved. See, unlike other trivia games players get to chose their categories from a 9-square grid. Each “tile” has three questions, and when a player answers any correctly they take control of that tile. Of course, unless they get each answer right their opponent can try to commandeer their spot. The first player to create a line of three tiles going horizontal, vertical, or diagonal is declared the winner.

QuizCross seems to have come out of nowhere, but it’s sporting some very polished visuals. I don’t feel particularly attached to the super cute avatars but overall it’s got a nice clean look to it and it’s very easy to set up a game. The interface is full of little touches like highlighting the correct answer in green or displaying how many questions a player has right on a given tile with simple iconography. Even without the tutorial it’d be fairly easy to piece together. But what I’ve really been enjoying is the added layer the tic-tac-toe end of the game brings to each match. It’s no longer a game about getting more correct answers but about trying to dominate the board. Tiles can change ownership and the tide can turn within moments. It adds a surprising amount of strategy to everything. Oh, and there’s a timer that can’t be paused for each question just in case anyone was worried about cheaters looking up facts on Google.

The only real complaint I have about QuizCross is the vagueness of what’s in store for premium users. Yes, as with a number of free-to-play games it’s possible to pay (in this case it’s $2.99) to turn off ads and access special features. This in itself isn’t the problem but rather the fact that, aside from being able to read player statistics, there’s no clear in-game indication of what other “special features” are hiding behind this paywall. Is it special avatars? An increase in the number of simultaneous games a user can have running at once? Does it remove the 72-hour time limit for turns? I honestly couldn’t say. 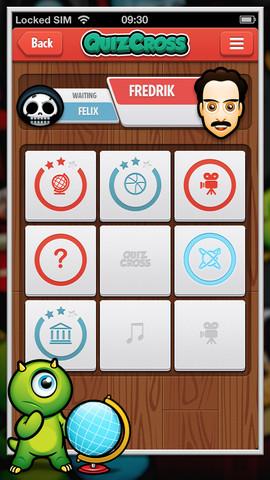 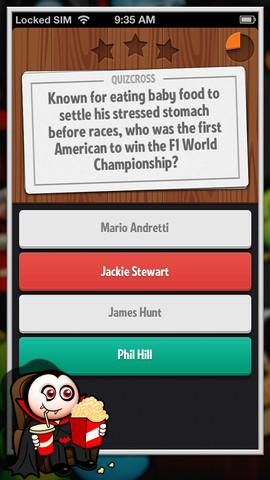 Overall I think it’s safe to say I’ve been having a lot more fun with QuizCross than I expected. It’s super easy to get started, almost as easy to learn, rather elegant in its simplicity, and a bit more cerebral than a typical trivia game. The $2.99 price tag to remove the ads might seem a little steep, especially considering how unobtrusive they are, but I’d say it’s worth it if for no other reason than to show the developers some love. That and possibly to figure out exactly what’s hiding behind that curtain.