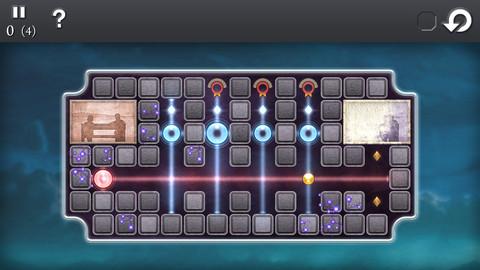 I can’t Quell my enthusiasm.

Beautiful, surprising, challenging, and subtle, Quell Memento runs the player through a gauntlet of puzzles that range from elementary to devilish, but it’s the game’s emotional undercurrent that you’ll ultimately remember. Snippets of exposition trickle out as you guide your rain drops through stages and memories. This is Braid as a marble maze.

Quell Memento’s infrequent narrator is prone to reflection and reminiscence. It’s not so much what he says, but how he says it, and when. Like Braid, story informs gameplay to create a singular experience: an accomplishment as rare as the pearls you’ll be collecting in Memento’s 150 or so levels.

Your only input is to send your ball in a cardinal direction, choosing the next one once it hits a wall. You have an infinite number of moves and no timer. It’s not even possible to die in most stages, and when it is, the only penalty is a restart. The level ends when all pearls are collected, and an optional challenge is created by attempting to complete each stage in as few moves as possible (the par being displayed for you at all times).

Each board also has at least one hidden gem, and some even boast a secret portal to a bonus level. The number of gems (or bonus entrances) is both displayed on your world map and while you’re playing a stage, and you don’t have to complete the level again to bank the collectible items.

Memento’s art and sound match the title’s gameplay and exposition. Serene but compelling classical tracks play as you navigate the glass stages being overrun by autumnal foliage, with the whole thing taking place over perpetually rain-soaked window panes. 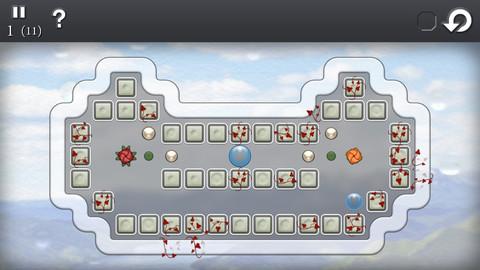 There’s no question that the game has more than enough stages to satisfy, but Quell Memento justifies its breadth not just with its style and substance, but with a steady rollout of new gameplay mechanics. You won’t be getting a new power only to have to use it ad nauseum for an entire world here, and elements ranging from ice to teleportation will eventually serve as tool or obstacle on your introspective adventure.

Quell Memento is an easy recommendation, if not a must play, for fans of puzzles, indie-style games, art games, people who want their games to take story more seriously, and anyone with an iDevice in need of a new relaxing distraction. Quell Memento is ideally suited for mobile play, and exactly what I want from a mobile title, and games in general.