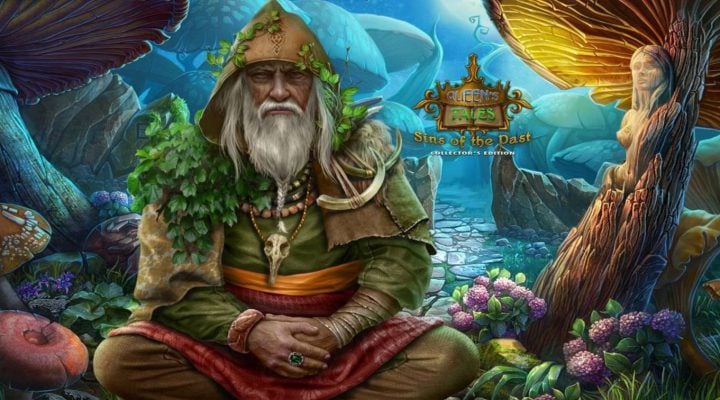 No real stand-out features to draw you in.

Throughout the history of fantasy storytelling there have really only been two types of mages: the wholesome, charitable ones, and the painfully evil ones. Queen’s Tales: Sins of the Past explores the latter with an imaginative story about the king’s personal mage going a bit insane and dragging you through an adventure of otherworldly proportions. Good thing you’ve got your trusty phoenix bird to keep you company.

Sins of the Past follows a basic casual adventure game setup that utilizes a lot of back and forth exploration and item manipulation. Stick your cursor into every nook and cranny to find new sections to investigate, then take those items and put them to use in a series of magic-inspired puzzles. The nature of the Queen’s Tales world means you rarely get ordinary objects with ordinary uses. Even a simple hammer is a two-part item that looks like human fists bound at the wrist. Creepy. 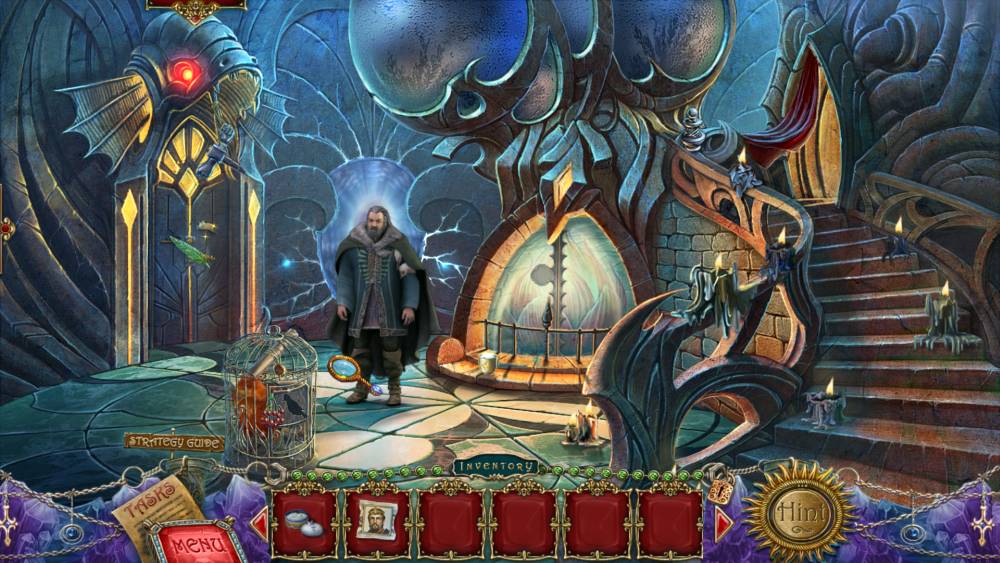 The story intrigue begins right away in Sins of the Past, but it takes the game’s puzzles a chapter or so to really warm up. Most of the early mini-games are well-illustrated but not all that unique. The first one, for example, has you finishing a piece of embroidery by clicking on tiny little squares one at a time. Later on these diversions do get better, but it’s tough struggling through the first few.

Hidden object scenes keep it simple with a list of items at the bottom and a crowded room of random stuff up top. Sins of the Past uses an old school style of HOG design where screens are absolutely packed with distractions, everything from scaled-up objects to tiny, nearly camouflaged ones. The difficulty doesn’t really throw you for a loop, so if you’re prepared for a few interactive items and don’t mind the occasional pixel hunt, you’re good to go. 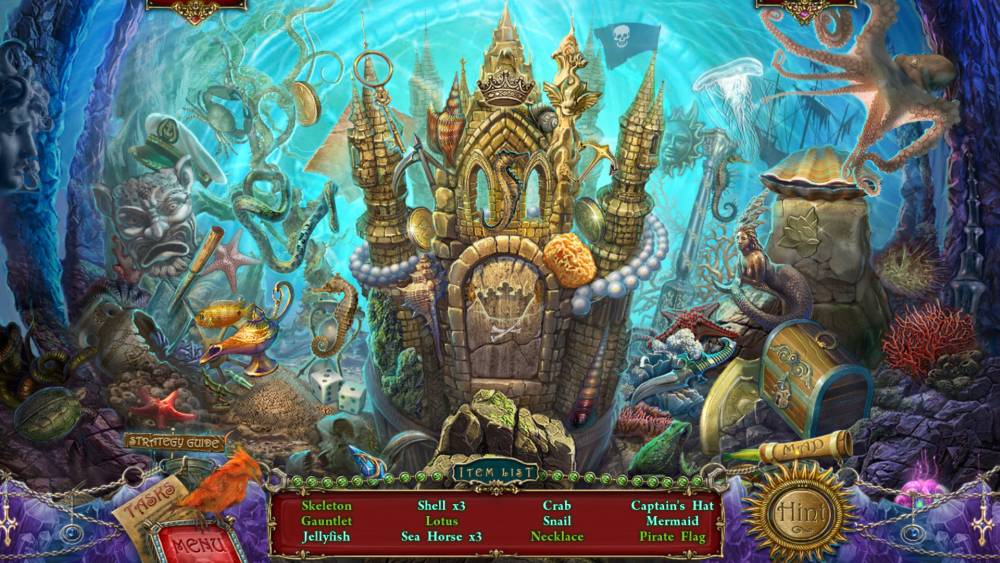 A high point of the Queen’s Tales experience is definitely the art and the world design. A tremendous amount of creativity went into illustrating this game. You can feel it in the gentle shading of the static backgrounds as well as the dramatic flair thrown into some of the animations. This gives the game an amazing epic fantasy feel, the kind where you wouldn’t be too surprised if a dragon swooped down and ate the top of the castle in a single bite.

For the most part Queen’s Tales: Sins of the Past plays things safe. The puzzles and mini-games don’t take any changes, the hidden object scenes are on the average side of ordinary, and the story progression is largely predictable. There are a few fun extras that keep you entertained along the way, including hidden chess pieces and other stashed secrets. Overall it’s an enjoyable game that will leave you with a satisfied smile on your face.