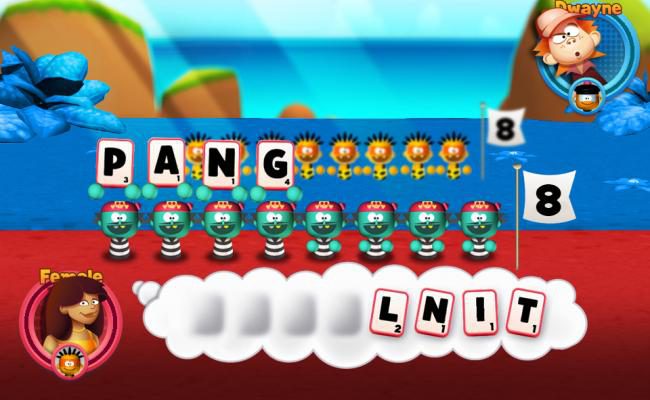 There is no shortage of mobile games out there that are centered on words. From Zynga’s Words with Friends to Popcap’s Bookworm Adventures and all their variants in between, you’ve got plenty to choose from in the genre. With Quarrel Deluxe, however, UTV Ignition and Denki have mixed speed and strategy to the genre in an addictive, challenging title that you might never master.

The game is a mixture of Scrabble with a dash of Risk. The game is set up on a game board where player’s “armies” occupy tiles on the board. The strategy of the game is to completely own all of the game tiles, and you do this by battling neighboring tiles by constructing words from eight letters. Each tile is assigned with a numerical amount of soldiers, which refers to how many letters you can use to construct your words. 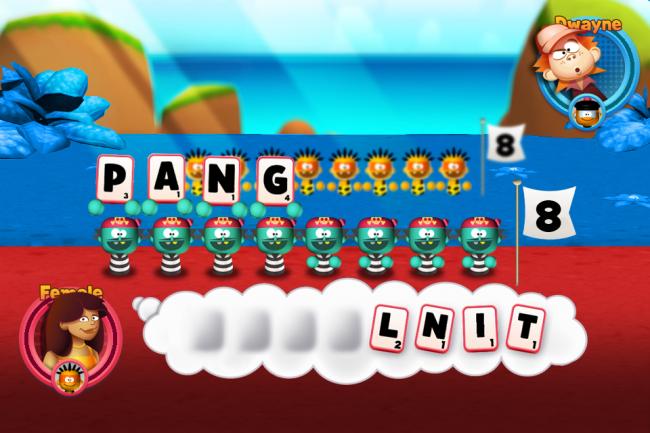 Both you and the AI get the same letters to choose from in the battles, and each letter has a corresponding point value. In every match you play of Quarrel Deluxe you’ll be placed in a scenario where you’ll be outnumbered by your opponent’s army. Besting them must be done by exploiting higher value letters to construct words. If your constructed words have a higher point value than the AI opponent that you are attacking, you will take over that player’s tile and be able to attack with that tile immediately.

Because you are not constrained to one battle or defense per turn, players can sweep across the board quickly if you stumble on a particular battle and do not evenly distribute your armies across your controlled tiles. However, one constraint against this aggressive sweep is that your attacking tile is reduced to one soldier, while the tile that you attack only adds one soldier. Losing one matchup can reverse all your work very quickly, so you must choose your attacks wisely.

Battles can either be timed or not, depending on the mode that you choose to play. In certain modes such as “Domination”, all battles are timed. Timed battles are much more difficult, especially if you’re like me and are prone to brainfarts or generally choke under pressure. If so, it is quite likely that you will hit a wall in terms of ability to progress in the Domination. AI opponents get extremely good, bringing out words that you might have seen if you had enough time (I tell myself that to cover my feelings of inadequacy). Also, because the tiebreakers go to the player that tapped out their word the fastest, it adds to the sense of urgency to get your word out as fast as possible.

The mode that will likely suit people the best is the Daily Challenge. Once you have peaked in Domination, cursing the AI for its superior intellect (I’ll get you one day, Malik…), getting a new scenario to play through during the morning commute on the bus or when you have some spare time at lunch is ideal. The game includes a pause screen and you can jump in and out of the game as you please. 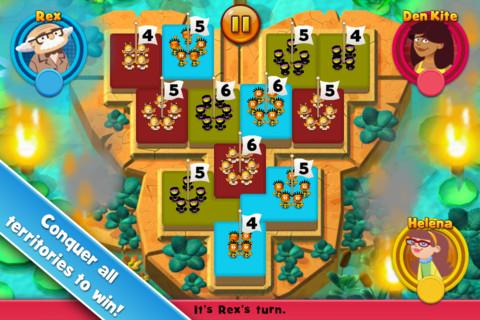 Aside from the perhaps steep difficulty at later modes of Domination, the only gripe I can place at Quarrel Deluxe’s doorsteps is the lack of multiplayer support. With some four player matches getting up into the 20-30 minute range, it is understandable that there would be some concern with players dropping out, but even a one-on-one option would have been sublime.

While the lack of Game Center multiplayer support is devastating, the core game and modes will last your average word nerd for hours on end. The Domination mode will always give you something to shoot for, while the Daily Challenge will give your brain a taxing workout.