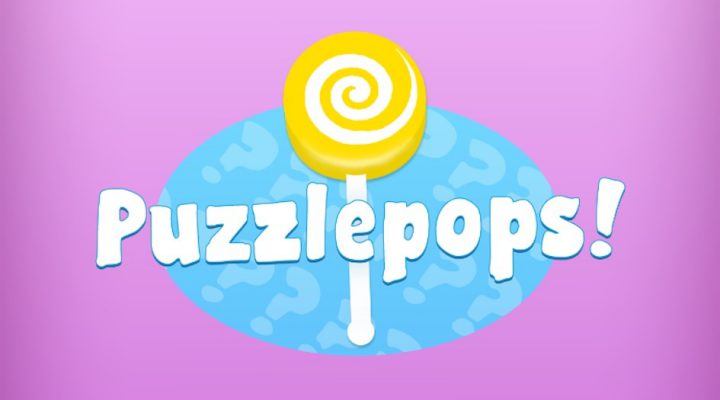 Lots of colorful and crunchy candy

Increasingly complex mechanics that keep you on your toes

Let’s get the obvious out of the way: yes, Puzzlepops! does indeed involve swiping pieces of candy around the screen. It’s a different kind of candy puzzler though, in which you usually want to avoid crushing as much as possible. I don’t know about you, but I’m already on board just because it’s a reprieve from the usual match-3 shenanigans.

The candy in Puzzlepops! moves along a track whenever you swipe it and will continue until it reaches the end or bumps into a different sugary treat. Getting these pieces of candy to line up with each levels’ dotted outlines is the goal — and it’s also where things get tricky. Oh sure, at first you just have to swipe a couple of times and everything goes right where you need it, but eventually you’ll need to carefully move each piece around so that you can reach spots in the middle of a given track or other complicated maneuvers. Moving like-candy into like-candy also causes the two pieces to combine, creating an even larger piece of candy that might be too big for the goal if you’re not careful. Or if could end up being just right, depending on the candy outline. 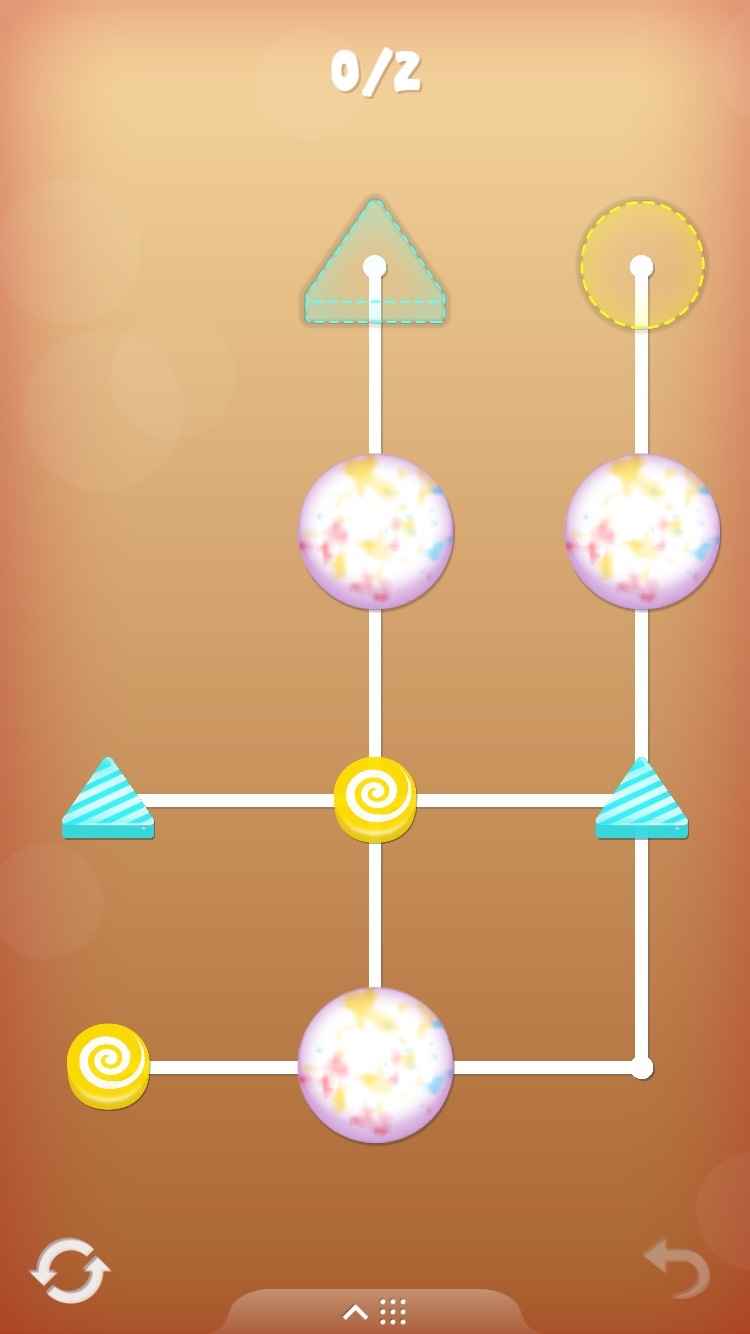 Things get even more complex as more elements are introduced. Jawbreakers, unlike regular candy, won’t stop when they run into non-matching pieces – they simply plow through everything until they reach the end of the track, smashing everything in their way that isn’t another jawbreaker. On the other hand, chocolate can only be moved by double-tapping the screen or shaking your device, and it will only ever move along a single track (i.e no turning).

The list of complexities goes on, and each new mechanic helps to keep Puzzlepops! from feeling like it’s passed its expiration date (Ha! Candy jokes!) 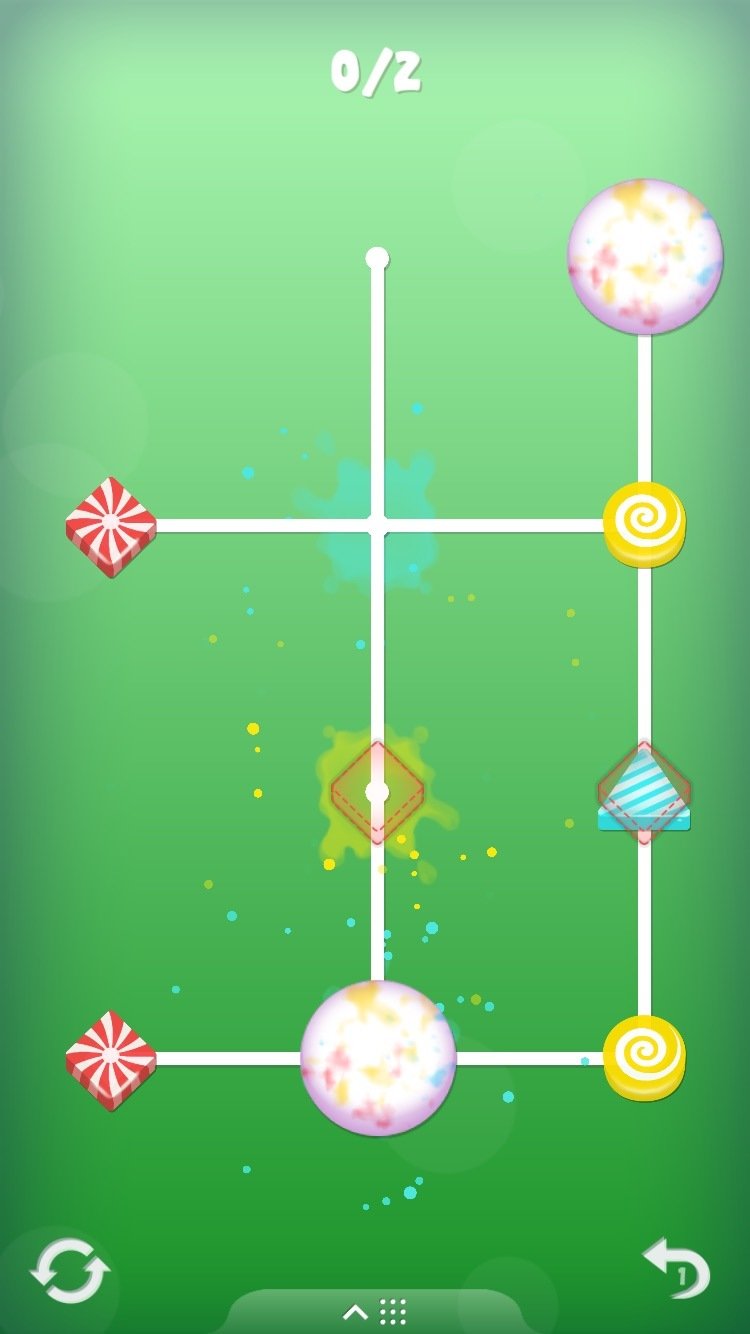 While Puzzlepops! does make for an enjoyable puzzler overall, I’m not too crazy about the presentation. The candy itself is fine – each piece is distinct and easy to identify, and the crunching sound they make when you smash them with a jawbreaker is oddly satisfying – but the simple gradient backgrounds make everything feel somewhat flat and lifeless. I’m not saying a super-busy background would help, because it wouldn’t (then everything would just be confusing), but “candy floating in a void” isn’t particularly interesting to look at.

A far less nitpicky but relevant issue I have is that screen swipes don’t always register correctly. Sometimes more than one candy will move at a time. Sometimes a piece will shoot down the wrong track. With the extremely forgiving lack of turn limits, and the ability to undo up to five moves, this isn’t a huge problem. In fact I quite like the fact that all you have to do to complete a level is complete it, rather than stress over earning three stars or whatever. The iffy swiping is still a fairly annoying quirk, though.

Puzzlepops! may not draw anyone in with its simple visual approach, but the gameplay is interesting enough to deserve a look. The candy shuffling creates some cool conundrums, and sometimes it’s fun to just crush everything (thank goodness for fast restarts).

If you’re sick of matching three of a kind but still want some candy in your puzzle game, Puzzlepops! is well worth checking out.