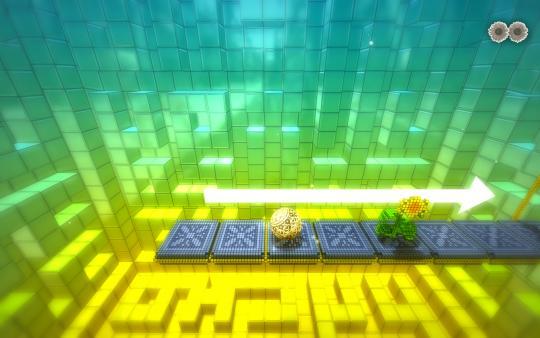 Games are a funny business. Pop down your local zoo and attempt to cram a load of monkeys in a series of perspex balls, and chances are you’re going to raise more than a few eyebrows. Make such activities the subject of a game, however, and all of a sudden you’ve got a best-seller on your hands. The success of the aforementioned Super Monkey Ball has naturally lead to a number of clones, but Puzzle Dimension – despite obvious similarities – isn’t one of them. In truth, what’s on offer here is more akin to Marble Madness.

There are more than a few elements from Monkey Ball that do make the crossover, however. Puzzle Dimension, like Sega’s monkey roller before it, focuses on your ability to guide a ball around a series of maze-like levels without letting it tip off the edge and fall into the abyss.

What makes Puzzle Dimension distinctly different, however, is the fact that it’s far less focused on balance. Instead, play relies on your ability to plan ahead, surveying the landscape that surrounds you and working out how you can make your way to each stage’s exit without running into trouble.

Not before you’ve picked up some flowers along the way, however. Though essentially nothing more than signposts that force you to explore rather than head straight for the exit, said floral targets can be picked up in the order of your choosing, but pick them all up you must.

Though constantly surrounded by the threat of falling off the edge as you go, doing so is less a hazard to fill you with peril and more a simple way of getting you to play by the games rules. Your main input is to roll the ball over a series of grid squares lofted up on high, using your keyboard’s arrow keys to send it rolling forward, backwards, left or right. 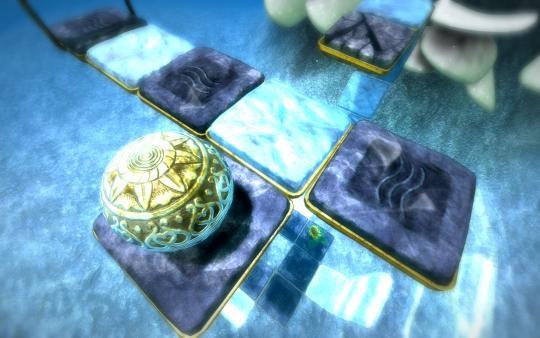 You can also tap the space bar to make the ball jump over grid squares as you go, its limited range of just one square meaning surveying the area and working out just which leaps you can manage and which will lead to your demise a vital part of play.

The only problem is, many of said grid squares that are there have a mind of their own. Some crumble on contact, disappearing from play as you roll on. Other ice covered squares send you slipping on by without hesitation, the only way to stop your motion being to land on a solidified, more stable square.

It’s a trend that only increases, with each new level that passes populated with more and more squares that effect your progress. As such, successful navigation relies on what amounts to the cracking of Puzzle Dimension’s code – in other words, using each square’s properties to your advantage and avoiding falling into the trap of leaving yourself with no way to go.

It’s a setup that only gets more complex as you play on, the beautifully pixelated levels – complete with a soundtrack that would sound out of place blaring out of a SNES of Genesis release – truly grasping the 3D mantel and adding in the ability to roll up walls and tip the level as you go.

What makes this especially difficult is that there’s usually only one route to glory, meaning spotting the right path – an often lengthy process, given the growing size and intricacy of each stage – is a major undertaking in itself, often only solved by trial and error. 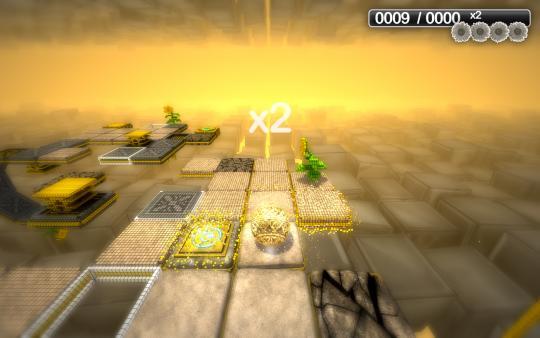 Even once you’ve determined just what’s required to get you from A to B, actually pulling off the jumps and turns needed to see it through is no easier, simple mistakes creeping into play as you race to beat the clock and pick up the points needed to make it worth your while.

Indeed, it’s the game’s difficulty – though thrilling for those able to tackle its lubricious labyrinths – that may be the one element that prevents Puzzle Dimension from reaching the wide, expansive audience it deserves.

For those who are able to curb the frustration that meets repeated failure and learn from their mistakes, however, Puzzle Dimension is the kind of addictive encounter that sends your brain into overdrive – foxing you while you’re actually playing it, and dominating your thoughts while you’re not.