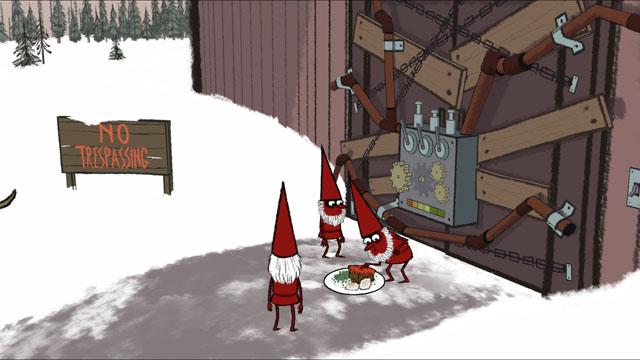 Telltale Games is best known for its episodic point and click adventure game series, like Tales of Monkey Island and Sam & Max. But with Puzzle Agent, the developer is going in a distinctly different direction. And that’s a good thing. The game itself feels like a mashup of a David Lynch film and the Professor Layton games, with just enough quirky humor to make it feel like a Telltale production. It’s short and somewhat simplistic, but Puzzle Agent provides a great atmosphere and a solid dose of brainteasing puzzles.

Nelson Tethers is a federal agent with the FBI. But he doesn’t investigate drug imports or terrorists, instead he works for the Department of Puzzle Research. After a bizarre dream in which he’s visited by an eerily prophetic astronaut, Nelson gets assigned his first bit of field work. Soon enough he’s on his way to the sleepy town of Scoggins, Minnesota to investigate an accident that occurred at the town’s eraser factory. Of course, as is often the case with small towns, Scoggins is full of mystery.

The story is surprisingly dark, but this is offset somewhat by the game’s sense of humor. When your main enemy is a group of mysterious garden gnomes it’s hard to take things too seriously. That being said, Puzzle Agent does an incredible job of creating a chilling atmosphere. Though the various residents of of Scoggins all seem friendly, it always feels like there’s a dark secret hiding in the background just waiting to come out. Overall, Nelson’s investigation and the town of Scoggins serve as a great setting for the actual gameplay.

Puzzle Agent is set-up almost identically to the Professor Layton series on the Nintendo DS. Though it features some light adventure game elements, where you can talk to the various residents of the town, the bulk of the game consists of solving numerous brainteasers. Everything you’ll do in the game will require you to solve a puzzle of some sort, whether you need to get some important information out of a witness or open up a locked door. The residents of Scoggins are obsessed with puzzles and the only way Nelson can get anywhere is by beating them at their own game.

The puzzles range greatly in terms of both type and difficulty, but every one is set up in the same way. You’re given a brief description of the problem at hand — and in some cases a set of rules you need to follow — and then you’re presented with the puzzle. You can choose to solve it right away or utilize the game’s built-in hint system, which provides three progressively more helpful different hints for each puzzle. The hints aren’t unlimited, however. To start you’re given just a few hints, but you can collect additional ones by finding scraps of paper and pieces of discarded gum, which are scattered throughout the town. If you spend even a small amount of time searching for extra hints you’ll have more than enough. 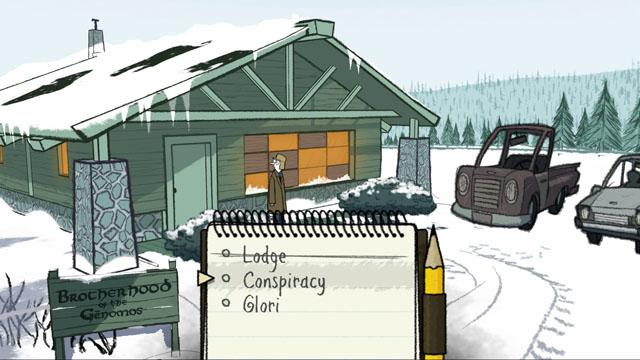 If you’re stuck on a particular puzzle, you also have the option of stopping and coming back to it later. There are some optional puzzles hidden throughout the game that you can discover by exploring different areas and talking to every character you come across, while the rest are mandatory. These puzzles have to be completed before you can move on.

The game features the artwork of artist Graham Annable, arguably best known for the indie comic book series Grickle. For those familiar with Annable’s work, Puzzle Agent will be instantly recognizable. It features the same seemingly simple yet exceedingly charming and expressive character designs and muted color palette. The game really looks and feels like an animated comic book. Zoomed out everything looks crisp and clear, but when the camera moves in closer you can see the imperfections and pen strokes, which really gives the game a unique sense of style that is utterly endearing.

It might not be what fans of Telltale’s previous games are expecting, but Puzzle Agent is a wonderful experience nonetheless. Though the story and setting essentially serve as window dressing for a large collection of puzzles, they’re both so well done that this is easy to overlook. And it doesn’t hurt that the puzzles themselves are challenging and addictive. It’s the kind of game you don’t realize you’re looking for until you actually play it, and then you can’t get enough. Just beware of the gnomes.

The Battle of Shogun Review