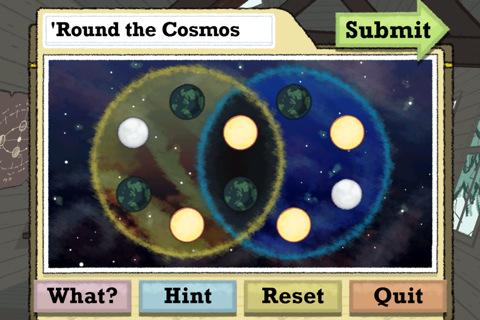 Puzzle Agent 2 brings some much needed closure to the strange happenings in Scoggins, Minnesota

Telltale Games have become a big name in point and click adventures over the last few years, but in 2010 they decided to release something decidedly different from their mainstay formula. Puzzle Agent may have offered the great narrative and adventure framework that the company is known for, but the gameplay revolved not around collecting and using items, but solving logic puzzles. Now they’ve brought that formula back for a second go round with Puzzle Agent 2, a game that offers everything fans of the first could want in a sequel.

When last we left Agent Nelson Tethers of the FBI’s Puzzle Research Division, he was investigating some strange happenings in the town of Scoggins, Minnesota. Off the beaten path and seemingly buried in snow 12 months of the year, Scoggins plays a key role in the operation of the US government: specifically, they produce all of the erasers used by the White House. But the eraser factory had shut down production, the foreman Issac Davner was missing, and there was whispered talk about the possible existence of the Hidden People, a group of forest gnomes that may or may not exist in the woods of Scoggins.

Puzzle Agent told a strange tale, but the game’s odd personality and well told story made it an instant win for fans of all things quirky. The whole experience played like Twin Peaks meets Professor Layton, and as a fan of both series, it was hard not to fall in love.

But like Twin Peaks, the original Puzzle Agent managed to leave us wanting more. While the story was great, it didn’t feel like it had wrapped up in any significant way. There were a lot of unanswered questions, and with no promise of a sequel at the time, it seemed like they might have stayed unanswered. Thankfully Puzzle Agent 2 picks up right where Puzzle Agent left off. The case may be closed and the eraser factory open, but Agent Tethers is more than happy to book some vacation time to take a trip back to Scoggins and tie up some loose ends.

As it turns out, there may not even have been an Issac Davner, and even if there was, he certainly wasn’t the first (or last) missing persons case in Scoggins. Were they all connected? What role do the Hidden People have in all of this? And why is there a dead astronaut in the woods?

Puzzle Agent 2 not only manages to answer all of the unanswered questions from the first game, but manages to raise and answer new mysteries, all in the span of about three or four hours. The only heart-breaking thing is that, by the end of the game, there’s literally nothing left to bring Agent Tethers back to Scoggins for a third go-round. As someone who likes every loose end in a mystery tied up, this isn’t really a complaint.

Because this is a game that requires you to solve logic puzzles to advance, you’ll want to make sure there’s a good variety of puzzle types as well as an approachable level of challenge. For the most part, Puzzle Agent 2 succeeds on both counts. Some puzzle types tend to repeat with new thematic elements, but for the most part every puzzle you’ll encounter feels fresh and original. And if you do find yourself stuck, there’s a pretty helpful hint system that can be abused fairly regularly (it’s powered by gum that you find stuck to things, and there’s gum everywhere.)

It’s a good thing that hint system is in place, too, because this time around there were a few puzzles that simply didn’t give you the information needed to solve them without using hints. One puzzle asks you to list the next two numbers in the sequence, but it turns out the number in question was Pi – so there was no way to solve the puzzle logically – you simply needed to know Pi (or, as in my case, search it out on the internet). Another puzzle had you sorting pictures in chronological order, but the instructions weren’t clear about what the starting or ending picture should be, which left us trying to solve the puzzle in both possible directions before getting it right.

Thankfully incidents like this were few and far between.

In terms of art production, Puzzle Agent 2 features the same quirky Graham Annable art that was featured in the first game, and it’s a perfect fit for the quirky nature of the story. On the technical side of things though, the presentation could get a little sticky. For review purposes we found ourselves playing Puzzle Agent 2 on the iPad. And while we can’t speak for every platform the game is playable on, in our experience the game sometimes looked sharp and fantastic, but other times the art assets looked fuzzy and low res. Likewise, there were one or two audio hiccups that shook us from the game’s otherwise outstanding sound production. Every character in the game is fully voiced, and as is par for the course with Telltale Games, the acting is superb. 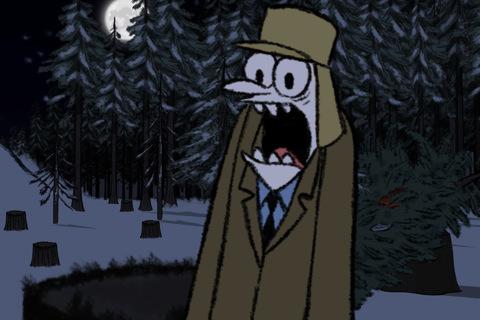 We wouldn’t recommend playing Puzzle Agent 2 without having first played Puzzle Agent. Conceivably it could be done, but we’re really talking about two halves of the same story. It would be like showing up for Hamlet during intermission. Sure you could probably piece together what’s happening, but why deprive yourself of such a great story?

Puzzle Agent 2 delivers everything fans of the original were looking for – more puzzles, more Scoggins strangeness, and some proper answers to a mystery that was only half solved in the first game. If you’ve already played and enjoyed Puzzle Agent, this one is an easy buy. If you haven’t… well, Puzzle Agent is pure gold for fans of quirky stories and head-scratching logic puzzles, so pick up the original first, and then dive into Puzzle Agent 2 the moment that game ends.

Ascension: Chronicle of the Godslayer Review