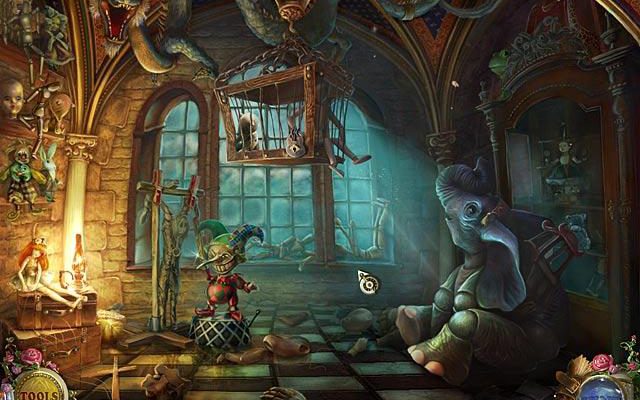 PuppetShow: Return to Joyville feels a little too much like past efforts

In Puppet Show: Return to Joyville, you once again play a detective investigating sinister events in the titular town of Joyville. In a previous Puppet Show titles you worked against Felicia, the vengeful daughter of the town’s master puppet maker; this time, you work to help her. Having been terribly burned in the fire that killed her father, Felicia wants you to go back in time and prevent the horrific fire from ever happening. You agree and set to scouring the abandoned town for clues to the arsonist’s identity. 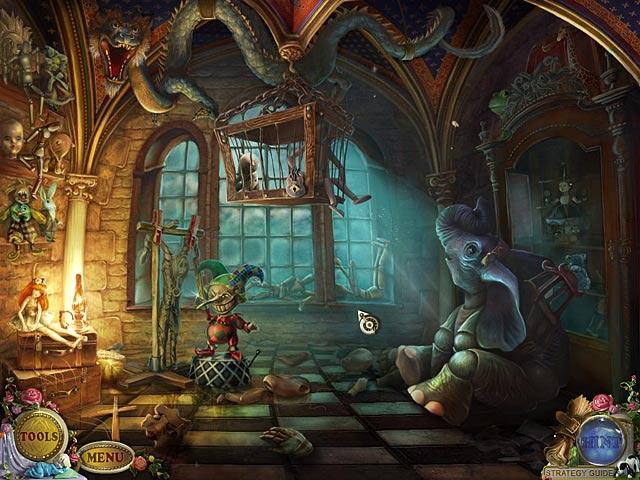 Fans of the Puppet Show series will feel instantly at home in Return to Joyville. There appears to be a lot of reuse here—of both graphics and music. Even if the scenes aren’t exact duplicates of those used in previous games, they definitely feel the same, and this diminishes significantly the excitement most of us feel at the prospect of exploring the unknown. The game’s interface also feels extremely familiar, from the way the journal is presented, to the fan-shaped inventory. When the first Puppet Show came out, it had some of the most detailed and beautiful interface elements ever seen; since then, other game companies have caught onto the idea and improved upon it. The result is that the reused interface here feels a bit dated.

I know—it’s crazy to talk about something becoming dated in such a short space of time, but hey, that’s games for you. I, for one, loved the fan inventory in the first couple of games. In this one, I found myself getting annoyed with it because the trend in the genre lately is to allow you to lock the inventory. Return to Joyville doesn’t have that option, so every time you need to see what you’re carrying or use a tool, you have to wait for the inventory to fan itself open. Perhaps that doesn’t sound like a big deal to some people, but try doing it twenty times and then tell me it isn’t tedious. 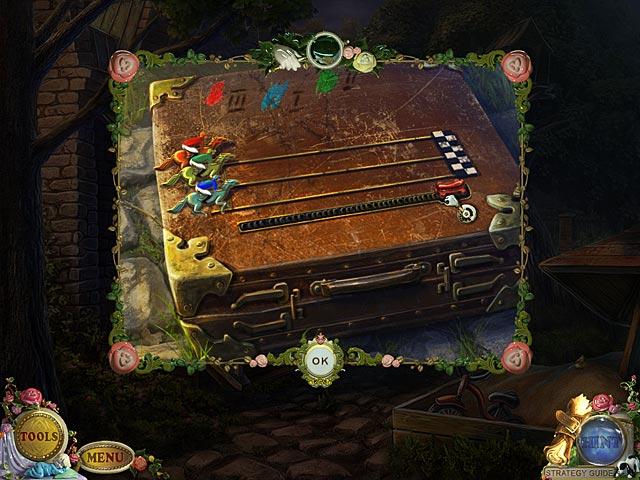 This “old school” feel extends beyond the interface and inventory, to affect every aspect of the game. There’s a lot of backwards logic at work here, where you walk around picking things up “just in case” you need them later. Where more recent games try to balance that out with instances of “need first, solution/tool after”, Return to Joyville thinks nothing of asking you to carry things like vacuum cleaners around until you find some place to use them. Further, the game relies heavily on hidden object scenes. Recent adventures have been creating more streamlined experiences, minimizing hidden object scenes in favor of more creative puzzles and mini-games. The pace of Return to Joyville by comparison is somewhat plodding, with a steady alternation between exploration and hidden object hunts. Moreover, the game’s hidden object scenes feel fairly basic after the hidden object variants seen in newer games we’ve seen by both other game companies and ERS Games itself.

All told, Puppet Show: Return to Joyville isn’t a bad game. Far from it. For any other company it would represent a solid offering, but coming as it does from a developer of ERS Games’ stature, it can’t help but feel like a disappointment. The best thing it has going for it are its puzzles, which on occasion are really interesting and unusual – flashes of inspiration in a game that for the most part, feels like a lifeless retread.

It might sound like I’m being hard on ERS, but it’s their high-quality games that are largely responsible for hidden object gamers’ high expectations. It’s not to say that the nostalgic approach is inherently bad. It’s just that here it creates a distinct feeling that ERS is “phoning it in,” and makes you feel like you’ve played (and paid for) this game before. Being a big fan of ERS Games, I hate to say it, but the only reason you should play Puppet Show: Return to Joyville is if you haven’t played the other Puppet Show games. If you have, there’s really no reason to spend time or money on this one.