Home / Reviews / Punch Club Review: You Can Talk About This Club

Punch Club Review: You Can Talk About This Club 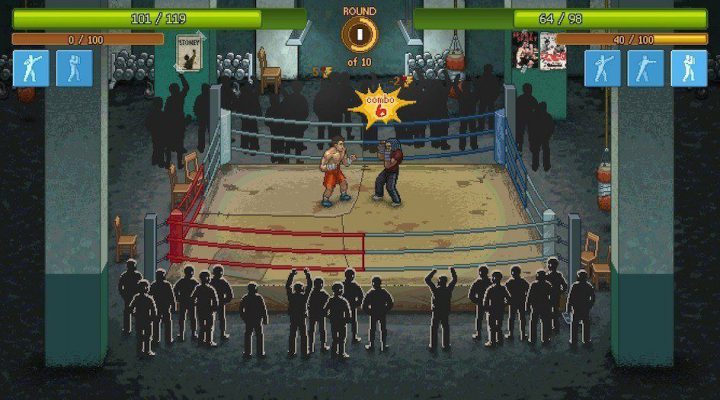 Addictive to say the least

Nice twist on a familiar format

Sometimes lacks its own personality

A little like life, Punch Club is sometimes samey, sometimes tough, but never less than pretty compelling to stick with. Think of it as like Rocky: The Game, except I’ve not seen Rocky, so I might well be very wrong. Ok, it’s a boxing/life simulator with more of a focus on life than there is on boxing. It’ll soon get under your skin.

You’re a young fighter, keen to wreak revenge on the person who killed your father. It sounds bleak, but you do it through training plenty, eating well, and working your way up the Punch Club rankings. That means a ton of completing the same activities over and over again. 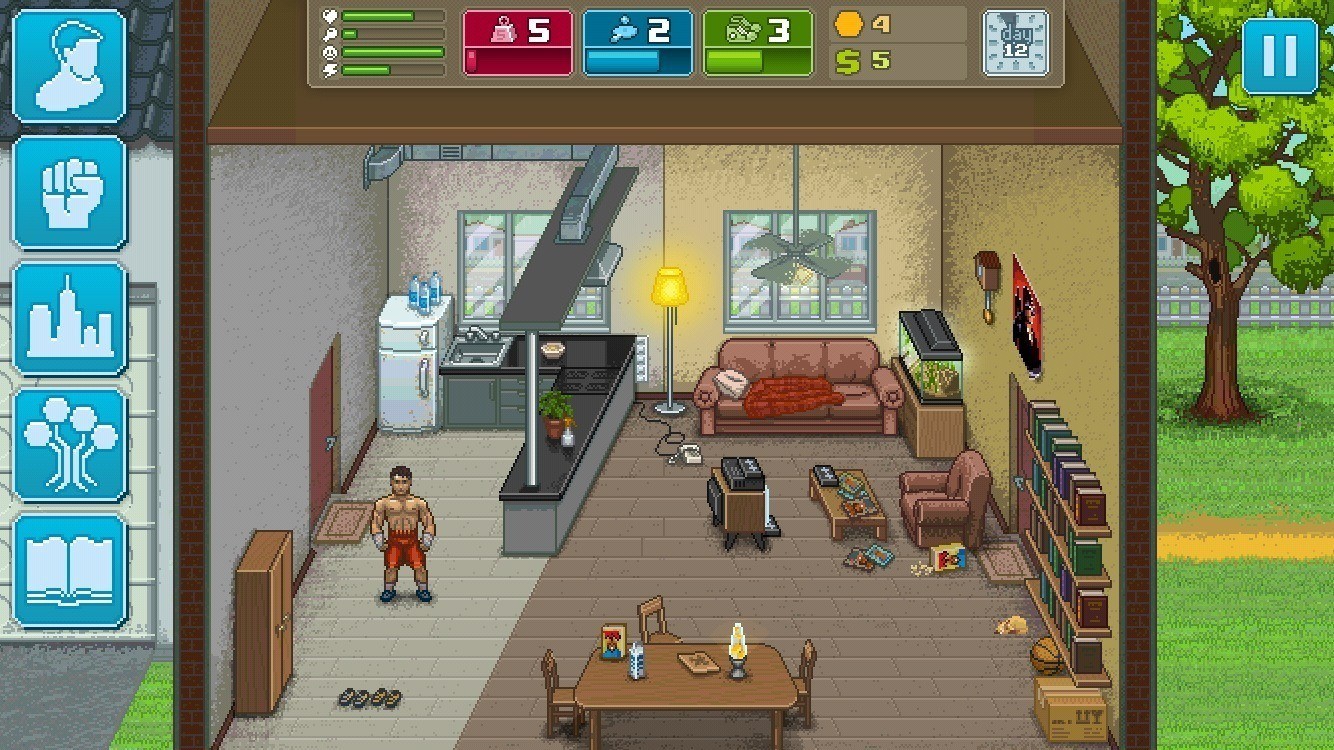 You have your home to rest in, as well as eat meals at, but you also have a series of jobs that you can complete in order to buy food so that you have the energy to do other things. You get the idea. As well as that, you can visit the gym and workout, watching as your stats increase steadily. Oh, and there are side missions and fights as you get to know others in the city, and uncover more to do with the surprisingly varied storyline. There’s a lot going on and, much like life, you’re going to need to prioritize.

You’ll want to max out those stats, but you can’t really. Punch Club is all about maintaining balance. While you can work towards boosting your strength, agility, and stamina, the best fighters are particularly adept at only two at most of those things. Similarly, you’re probably not going to be the best at every job you do because guess what? You need to sleep. That’s just scratching the surface too, given you can develop friendships, relationships, and a general social life on top of that. A story tree demonstrates what paths you have yet to explore, enticing you into getting to know more about the grocery store owner or the seedy world of underground fighting, all for the sake of more options. There’s a nice amount of nostalgia in there too with some sharp references from 1980s and 1990s pop culture, even if that is to the detriment of the game having its own original take on things. 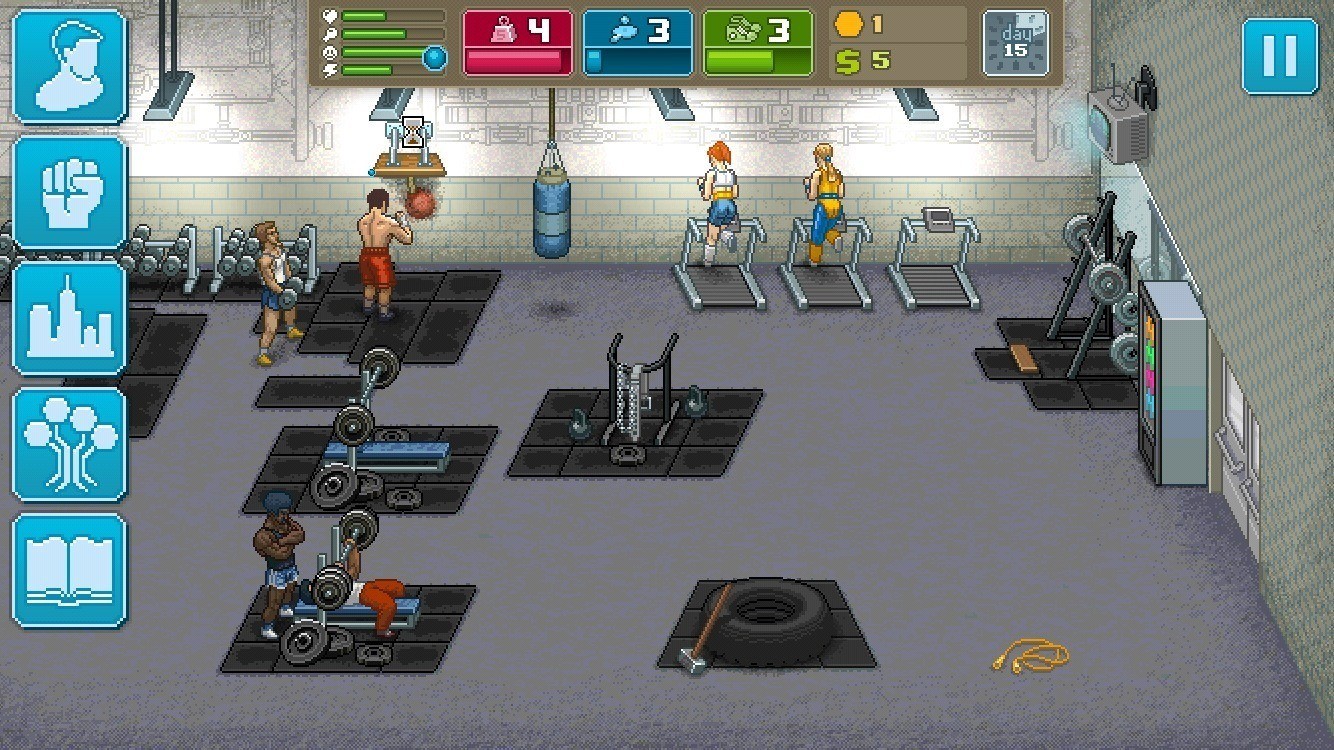 Punch Club is clever in that it offers plenty of variety to ensure you don’t notice how relatively monotonous it is. Some days are very samey with you sleeping well, training at the gym, before eating a steak, and heading back to bed. But you always feel like you’re getting somewhere at least. It’s just that like life, not every day is fascinating.

Notice I haven’t mentioned the boxing side of things? That’s because, despite the name, Punch Club doesn’t offer as much fighting as you’d expect. At regular points, you can participate in fights in order to work your way up the rankings, but it’s not hands-on. Much like a regular RPG, you pick out certain skills you want to use then Punch Club does the rest – leaving you to hope that you’ve trained sufficiently beforehand to stand a chance. Don’t train regularly enough and your stats reduce, just like in life.

It’s a shame that Punch Club isn’t more hands-on in combat, but for the most part, it’s a pretty compelling concept. You can easily dip into it for five minutes and accomplish something, but it’s likely that those five minutes turn into an hour or more. It’s that kind of game. Like so many sims, it might turn samey, but you’ll be consistently itching to do ‘just one more thing’ before you switch off.