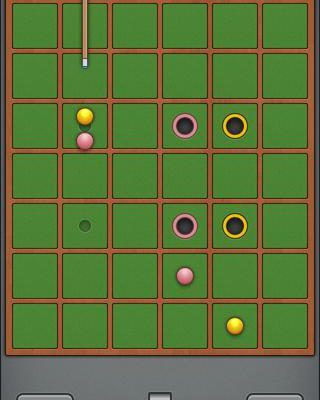 There’s something oddly satisfying about literal titles for games. They cut through the cheekiness of trying to be cute and witty and just get to the point. You know what you’re buying from title alone. Don’t get me wrong – I love games like Canabalt and Solipskier, but seriously, what the heck do those titles tell you about what’s going on? With so many dense/funny/obscure names for games out there, you gotta love the simplicity of puzzle game Punch a Hole.

The setup is simple. You’re trying to knock colored billiard balls into like-colored holes on a grid. You’ll maneuver the balls around by striking them with a cue like in pool., yet the holes aren’t in the corners of the table but placed in various locations each level. You’ll be able to stop the balls by tapping a square in the grid to punch a hole in the table wherever you like. This will let you stop and turn the balls to get them where they need to go.

As time goes on, the game will introduce multiple balls of different colors that you’ll need to work with, as well as obstacles like pipelines that toss the balls around. You even get into situations where you’ll have access to a painter to change the colors of some of the balls.

Each puzzle scores you from between 1-3 stars depending on your solution, and that’s based on how few holes you punch in each board. So if you want to do well you can’t just go punching holes left and right to get where you want to go, just the absolute minimum in order to get the solution done. What that means is that there are many solutions, but only one “right one,” which is aggravating sometimes.

The central issue with Punch a Hole is that it’s far too easy for far too long, and when the difficulty does ramp up it’s entirely too inconsistent. You’ll waltz through the first huge chunk of levels with perfect scores, since the only way to earn less is to play the game by sliding the screen around on your face. The solutions are obvious, simple, and not at all rewarding to complete. This is true for the first 20 out of 80 levels at least, so a full 25% of the game is dead simple. That’s a problem. 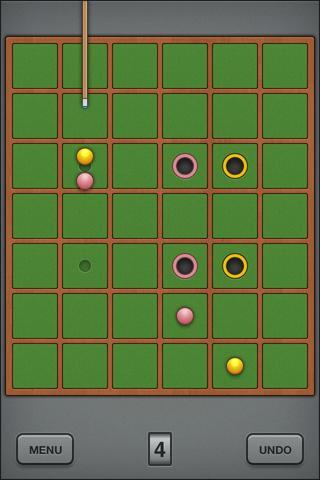 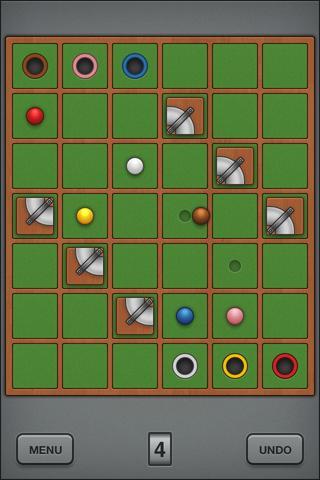 The trend continues because as the game starts to add obstacles and puzzles where you need to pause for more than a split second to determine the solution, it’s not a smooth curve upwards. You’ll bump into a few puzzles where you’ll struggle to get that 3 star rating, and then hit a few that seem like they escaped the tutorial playpen and wandered into the older kids area.

So yea, it’s far from perfect. Yet despite its warts, I generally enjoyed Punch a Hole, and while I wouldn’t recommend it outright and with vigor if people expressed an interest, I’d probably say they could do far worse. It shows promise, and I’ll be interested to see what the developer does next.