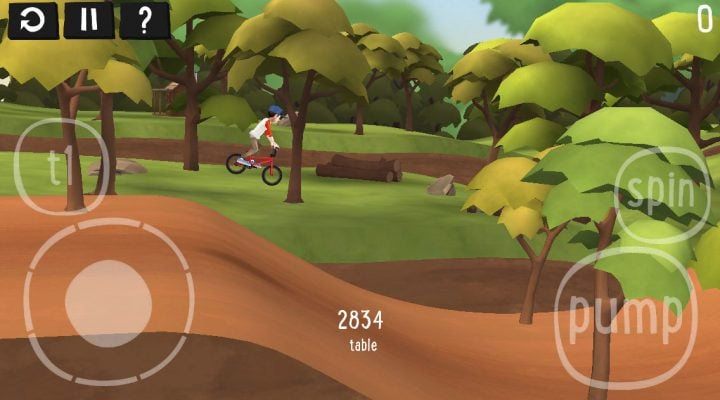 Tricks are fun to pull off.

Character designs and graphics are a bit dull.

I had a BMX bike growing up, but I wasn’t brave enough to pull off stunts beyond throwing my arms up while in transit and screaming “WOO!”. Folklore dictates God looks after little children (and fools), but even then I knew well enough I was not exempt to gravity’s ironclad rules.

That’s why it’s nice to have a game like Yeah Us!’s Pumped BMX 2. It’s well put-together, which makes it fun to play – but it also makes a goof out of gravity, so you can accurately (and safely) try out all those tricks that would have landed you in the back of an ambulance if you’d tried them as a kid. 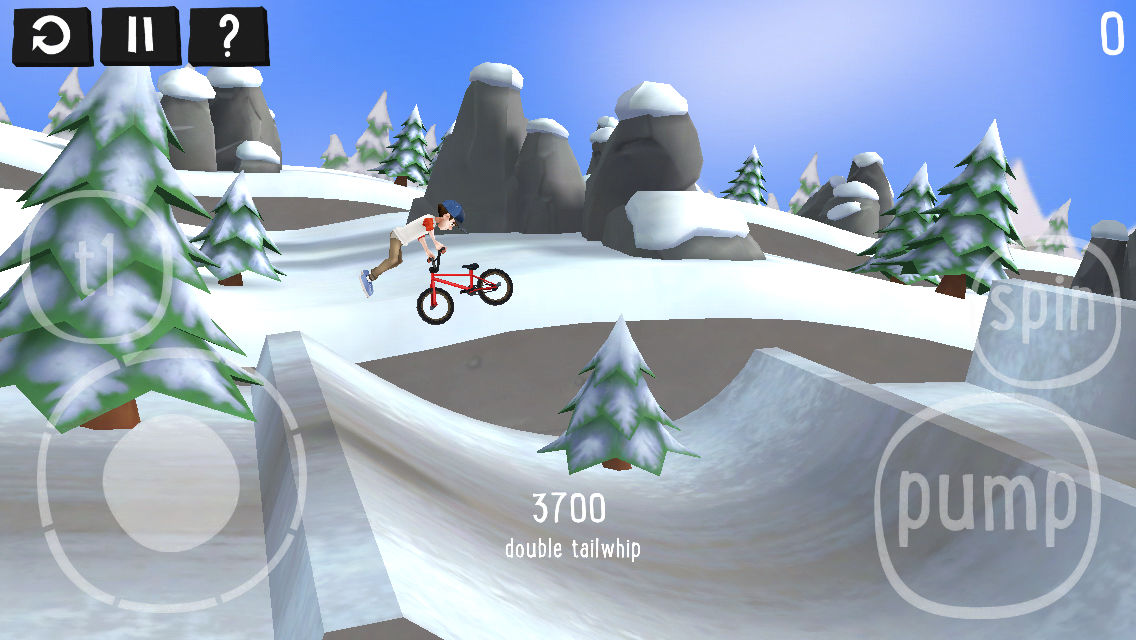 Each course in Pumped BMX 2 has lists of goals that are divided between “Easy,” “Medium,” and “Hard.” Goals range from “Finish the course” to “Perform a triple-kick hokey-pokey while grooming a billy goat” (I might’ve made that one up).

Completing a certain number of goals opens up new courses. This is a nice way of doing things, as you’re never forced to live out the rest of your life on a course you get stuck on, or bored with. Truthfully, stages in Pumped BMX 2 occasionally contain some pretty tricky jumps that make it difficult to clear the level by itself, let alone with several thousand points worth of tricks under your belt. Being allowed to move freely between courses goes a long way to lending Pumped BMX 2 its longevity.

Its butter-smooth controls are a huge help, too. Tricks and moves are executed with a combination of tilting and button presses. Tiling your device executes flips and aligns your bike (which is especially important for smooth, safe landings), while flicking the virtual control stick and / or tapping on-screen  buttons pulls off specific tricks.

In order to meet the goals presented in some courses, you need to rack up tons of points. Scoring big time usually means chaining together moves. Doing so takes some practice, but you’re never hindered by poor response time. Everything moves beautifully in Pumped BMX 2, and every trick you perform has weight, and lends you a real sense of accomplishment. 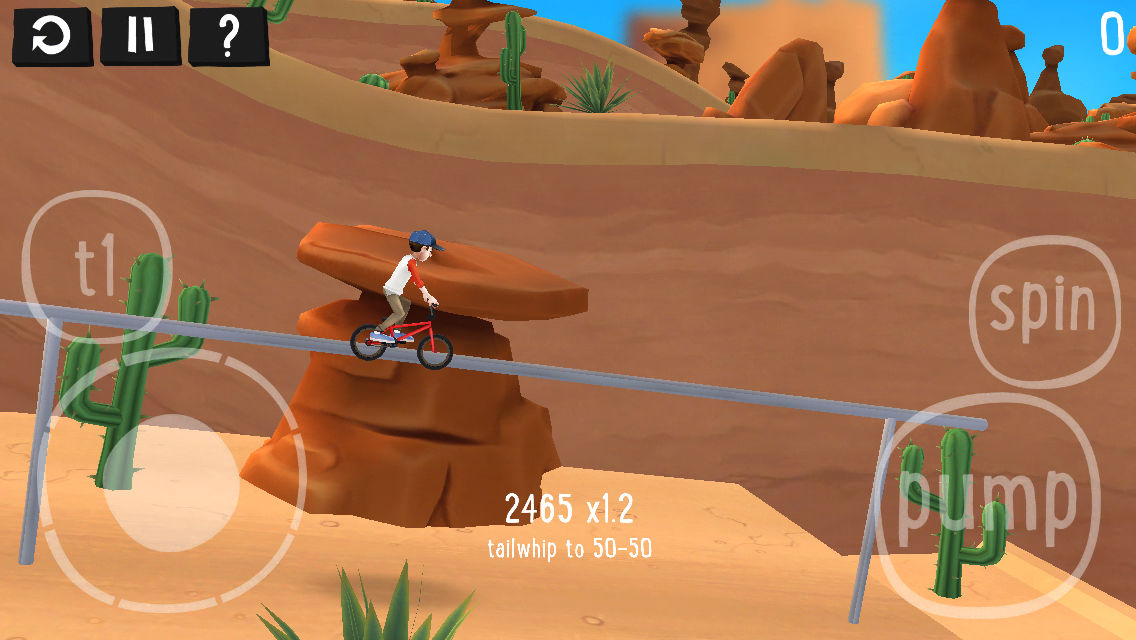 If Pumped BMX 2 has a flaw, it’s the game’s plain graphics. The character designs aren’t particularly interesting, and customization options are lackluster. But the game’s framerate moves swiftly and never stutters, which is far more important than the ability to slap a bunch of silly stuff on your bike (which BMX purists probably wouldn’t want to do, anyway).

Pumped BMX 2 is a sharp, clean biking game. Its goals are simple and presented well, making for one of the most fun and addictive stunt games on mobile. Go for it; it’s a nice day for a ride.