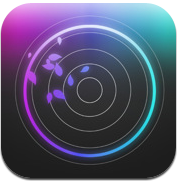 Pulse: Volume One is music to our ears

While music games have certainly had their share of the limelight on the App Store over the last few years, few of them have felt like they were tailor-made for the platform. Pulse bucks this trend, offering an interactive musical experience that could only be accomplished on the massive touch screen that is the iPad.

Created by Cipher Prime, the same studio responsible for the sublime Auditorium and equally delectable Fractal, Pulse is a rhythm game that involves a great deal of touching. Players are presented with a series of concentric rings. Keeping in time with the beat of a song, a “pulse” emanates from those rings. It starts in the center, works its way towards the edges, and starts in the center again on an endless loop. As the player, it’s your job to tap dots that appear on the rings at the very moment the pulse passes through them.

It sounds like a simple premise, and for the first few levels it is. You’ll be tapping along like a pro at the beginning – but the songs progressively get more difficult. A few songs in you’ll start seeing two dots appear on the same ring, for example, which then requires you to break out another finger. Then you’ll see three. Then the speed of the pulse will vary from one song to the next. By the time you reach track 8 you’ll be tapping up a frenzy and barely keeping your head above water.

Yet while the game may get gruellingly difficult by the end, it’s also incredibly forgiving in that it doesn’t penalize you for bad performance in any real way. In fact, the only measure of progress is a bar that pops up at the end of each song to tell you what percentage of notes you hit. This provides you tons of incentive to try again to improve your score, but it doesn’t sully the experience by locking songs away until the end or shutting the song down early if you perform too poorly.

Speaking of the songs, Pulse: Volume One is one of those rare music games that not only offer original music, but offers incredible original music. It’s so good that you’ll wish you could buy it on iTunes (good news – you can). It’s tasteful, hypnotic, and an absolutely perfect fit for what’s on offer here.

The only downside to the entire offering is how small it is. With only eight songs, some of them under 2 minutes in length, it should take music fans less than 20 minutes to blast through this offering. The replay value here is huge, but the audiophile in me would have loved some more music. Considering that the official name of the game is Pulse: Volume One, here’s to hoping we get a Volume Two sooner rather than later.

As short as it is though, Pulse is an absolute treat for the ears. The gameplay, while derivative of the “tap in time to the song/falling notes” gameplay that most rhythm games offer, still manages to feel fresh and unique – and wholly dependent on the iPad’s large touch screen, making it a great addition to the iPad’s catalogue. Music gamers take note: Pulse: Volume One is music to our ears.