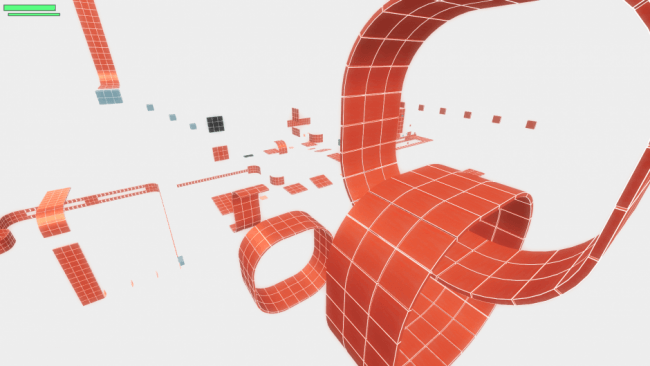 Who doesn’t love a good old first-person puzzler to whittle a Sunday afternoon away, hey? Pulse Shift promises literal twists and turns, as you make your way around a variety of platforms and obstacles, all simply by rotating your view 90 degrees at a time, and in turn changing the direction in which gravity is pulling.

It’s a neat concept, and one that shows great potential. Unfortunately Pulse Shift completely wastes the opportunity due to floaty controls, buggy collision detection, a rewind feature that is more trouble that it’s worth, and pretty dull scenery to boot. It’s such a shame too, because there’s real potential here.

Essentially, you’re running around a series of mazes that, rather than being stuck together, are bent around corners and pulled apart all over the place. By clicking left or right mouse button, you’re able to turn the entire world in such a way that what was originally the wall is now the floor.

By using this simple concept, you’re able to navigate vast levels, rotating the world back and forth and bounding across gaps. There are some interesting puzzles later into the game that require you begin to rotate the world, then jump and land so that you’ve moved 90 degrees through the air.

Unfortunately, this is but a mere glimpse of what the game could have been. Instead it’s all a bit of a mess, and not much fun to play at all.

For one, simple movement is severely lacking. As you rotate the world, if you attempt to walk while the camera is still panning, you’ll sometimes slide awkwardly against the wall, and every now and again even go through it! Other weird stuff can occur too, such as suddenly being catapulted across the level at high speeds, or being burned by fire that is on the other side of a wall that you’re stood against.

The main issue with the controls, however, is that they are far too floaty, and not at all tight enough for this sort of experience. Your character slightly bounces whenever you land after a jump, which is hugely annoying and leads to numerous deaths. Why this has been included is anyone’s guess.

But it’s not just the bounce. More often that not I’d believe that a jump was made with great precision, only to see my character slip off the edge and tumble to his death. Other times I’d glide through the air, perfectly sure that I’d make a jump spot-on, only to overshoot it at the last second.

There’s a rewind feature which attempts to rectify these issues, by allowing you to go back several seconds and repeat a jump or maneuver – but this is borked too. You can’t control how far back your rewind, and it’s stuck as a specific number of seconds. This means that whenever you rewind, it may well give back control as you’re part way through a jump, or on a platform which is in the middle of disappearing – clearly not useful at all.

Then there are problems with the core gameplay. While the level design can be sort of clever at times, for the most part it’s very trial and error. Rather than looking around the world and trying to work out where you need to go, you end up simply trying each route one by one until you manage to reach the end. 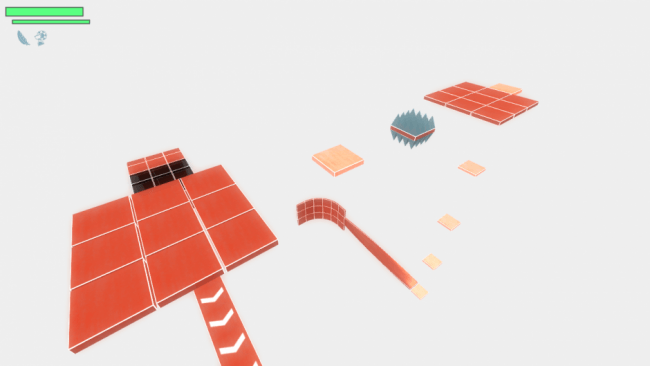 There are plenty of boring levels too, with a huge amount of waiting around to do, such as when you have to tackle platforms that keep disappearing, or falling down stacks of platforms that are breaking underneath your feet. Truth be told, Pulse Shift is more dull than puzzling.

What’s crazy is that the game does in fact introduce interesting elements and powers later in the game, such as the ability to freeze time, or to flip low gravity on. But by the time you actually reach these good bits, the damage has already been done and you’ve most likely already turned the game off.

Pulse Shift‘s core concept is definitely worth exploring, but the way in which it has been presented here leaves a lot to be desired. Perhaps one day “the next big indie puzzler” will be all about rotating the world and diving across platforms – but for now, it’s looking better on paper than in motion.