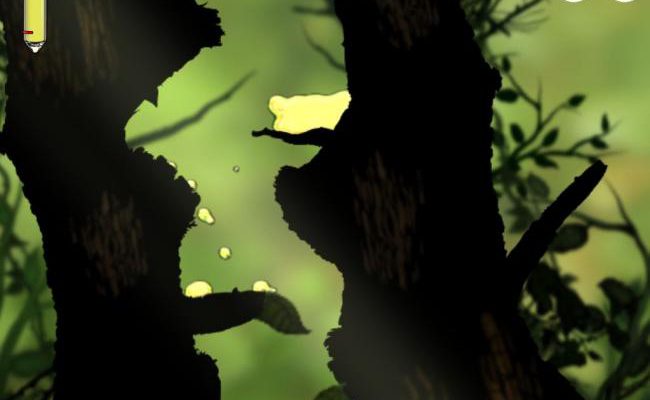 Certainly not a puddle of liquid gold

After mopping up on Xbox Live Arcade and the PlayStation Network last year, the water-based physics platformer Puddle is now looking to cause a big splash on iOS: or at least just make everything slightly damp. In the game, players are put in control of a number of different puddles of liquid, from water to Nitroglycerin, where they have to tilt the world around them to guide each puddle through a challenging platform environment. But while the game earns points for variety and creativity in design, the overwhelming mundaneness of the whole thing begs the question: is it really that much fun to be a puddle?

There’s a lot that’s unclear right off the bat about Puddle, and the game never manages to correct this vagueness at any point thereafter. For instance, even after hours of playing it, I still have no idea which factor constitutes the earning of a gold medal (or more appropriately, gold metal) rating: how fast you complete a level, or how much of your fluid you manage to save at the end. The controls are also a bit iffy, at that. Players are told to tilt their screen to the left or right in order to make their puddle slide along down the track, but most of the time you’ll need to tap and hold on either side of the screen to tilt the game environment accordingly. This adds up to even further confusion, as I never truly felt that I was actually playing the game correctly, in the way that I was supposed to. 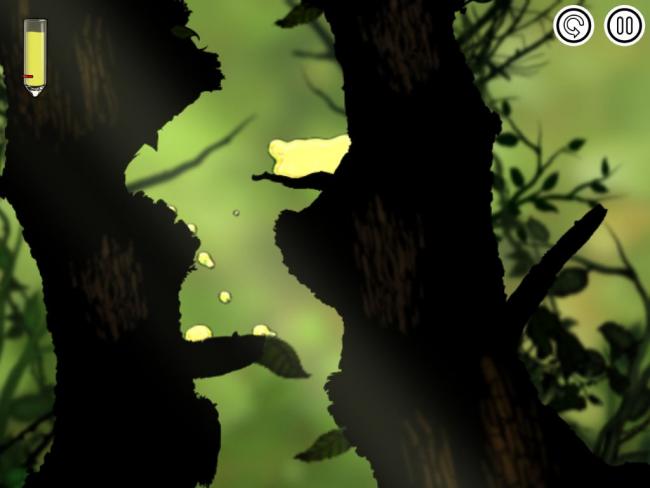 I’ll admit I really didn’t care for the game at first, but after I hit the halfway mark, I did start to see a sort of addictive quality begin to emerge. I think a lot of this has to do with the nice variety that’s found in the game, where every handful of levels has you taking over a different fluid with its own unique properties. For instance, in one level you’ll be sliding a puddle of fertilizer fluid through an outdoor environment and planting seeds to open up new pathways; and the next, you’ll find yourself controlling technetium solution, as you race through a person’s bloodstream and try to outrun a dissolving aspirin that follows you closely behind. Granted, it’s all extremely weird and unnecessary, but it does always manage to keep things interesting in the game.

But while Puddle might be a grower for most gamers, one thing that’s for sure is that the game certainly isn’t a looker. Pretty much every instance of visuals in the game are well below average: from the blurry, inexact backgrounds, to the fuzzy borders on your puddle and the foreground objects themselves. It’s kind of hard to believe that this game was first released on every major home video game console, unless something got horribly botched here in the iOS port that I’m not aware of. It’s not that Puddle suffers from a lot of missed opportunities in this area: the game itself is just ugly. 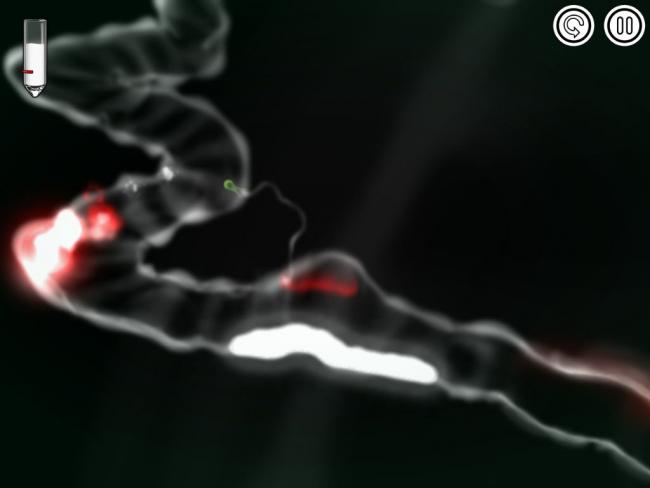 Perhaps even worse is the fact that Puddle has absolutely zero personality. There’s no rhyme or reason for why you’re tasked with moving these various fluids through all sorts of obstacle courses, let alone why you would even want to in the first place. When you fail a level, the game presents you with a crying sad face, along with the option to “whine and skip,” in order to move on to the next one without having to tear your hair out over some of the more frustrating scenarios. But telling players they are whiny babies for failing to complete a level with imprecise objectives and even less exact controls certainly doesn’t help Puddle find its sense of questionable charm.

Even after all the time I spent with the game, I’m still having trouble trying to put my finger on what sort of appeal a title like Puddle can have on the mobile community. If you’re a real enthusiast of tiny bodies of water and other types of liquid, then by all means, you should give this one a try. But if it’s a quality physics-based puzzle experience with an actual sense of purpose and riveting gameplay that you’re after, then Puddle is more likely to make a tiny PLOP! instead of a triumphant splash.