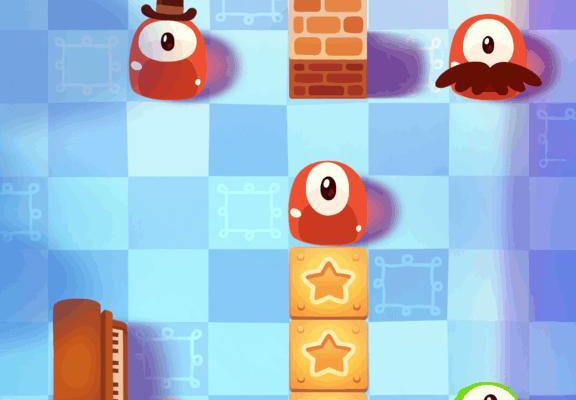 Pudding Monsters might just be the tastiest sliding puzzle on the App Store.

I hate to write a review that compares one game to another, but when the game in question is Pudding Monsters – the first new IP from developer ZeptoLab since their mega-hit Cut the Rope­ – it’s hard to not look at it without asking the bigger questions that we’re all thinking. “Is it the next Cut the Rope?”  “Were ZeptoLab just a one trick pony?”  “Do I want a Pudding Monsters plush doll/t-shirt/board game/Slurpee cup?”

The answers are no, no, and probably.

Remove all the bells, whistles, and expectations, and you’ll find that Pudding Monsters is little more than a sliding puzzle.  Having said that, it’s one of the most polished, interesting, and smile-inducing sliding puzzles we’ve seen on the App Store – but it’s a sliding puzzle nonetheless.

Players will be introduced to a bunch of lonely pudding blobs in each stage that want to be friends with each other.  More to the point, they want to snuggle up together so that they can morph into a singular, multi-eyed, blob-like entity; possibly hell-bent on destroying the world, possibly delicious with whip cream.  We’re honestly not sure on either count. 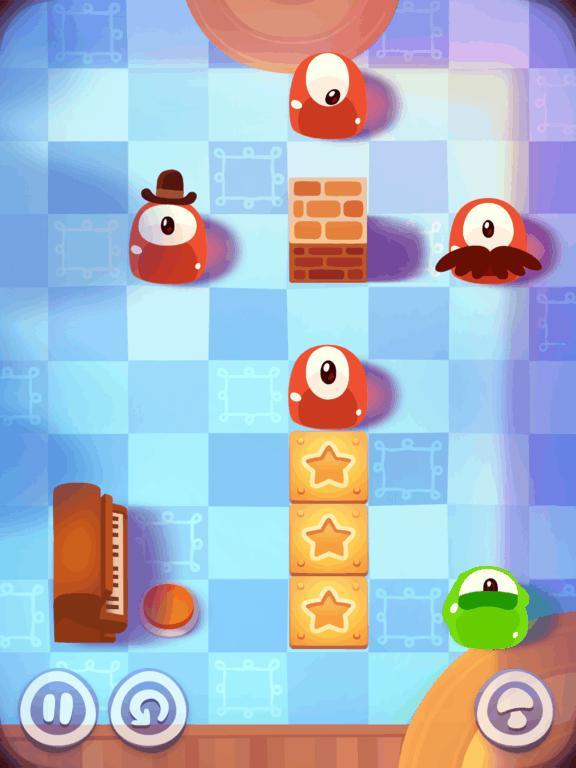 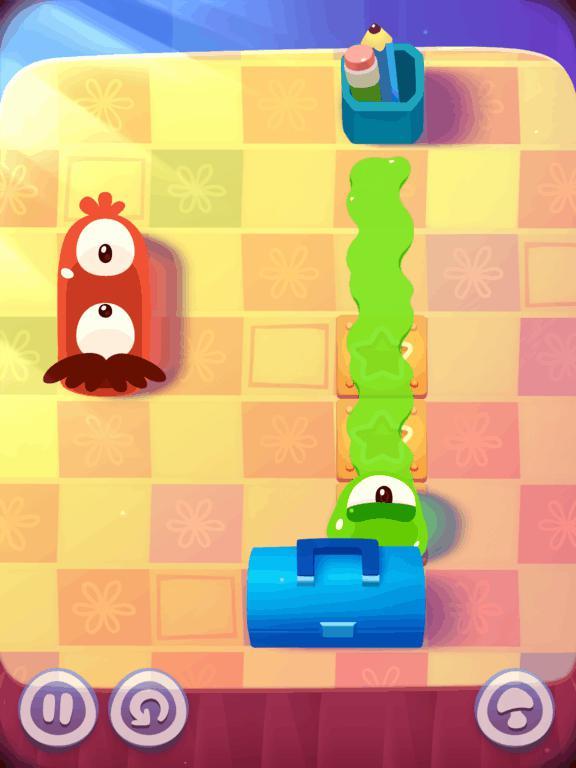 New elements are introduced constantly in Pudding Monsters, helping things remain fresh from beginning to end.  You’ll meet slime monsters that leave a trail for other monsters to stop on, a cloning machine that can make more monsters, zombie monsters that move as a group – the list goes on and on.  In fact, if there’s one complaint to be had about Pudding Monsters, it’s that it can sometimes feel like they tried to cram too much game into such a small package.  With only 72 levels at launch (75 with the bonus stages you can unlock), the game ends up feeling like one long tutorial.

This constant introduction of new elements also means that the level of difficulty is pretty low for most of the game.  Pudding Monsters spends so much time with training wheels on as it teaches you that it fails to provide too many levels with a serious challenge.

That being said, even if the puzzles aren’t too hard to solve, they’re still a blast to play through.  The art style is charming, with happily animated puddings blinking their eyes and bouncing to the music.  And the level design (despite its ease) still feels fairly smart.  You’ll always need to use some amount of brain power to solve these puzzles – maybe just not as much as we’d have liked. 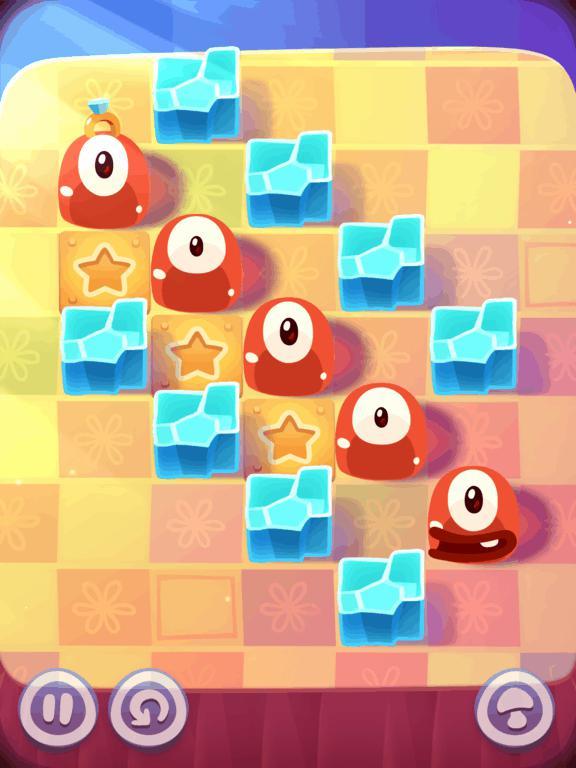 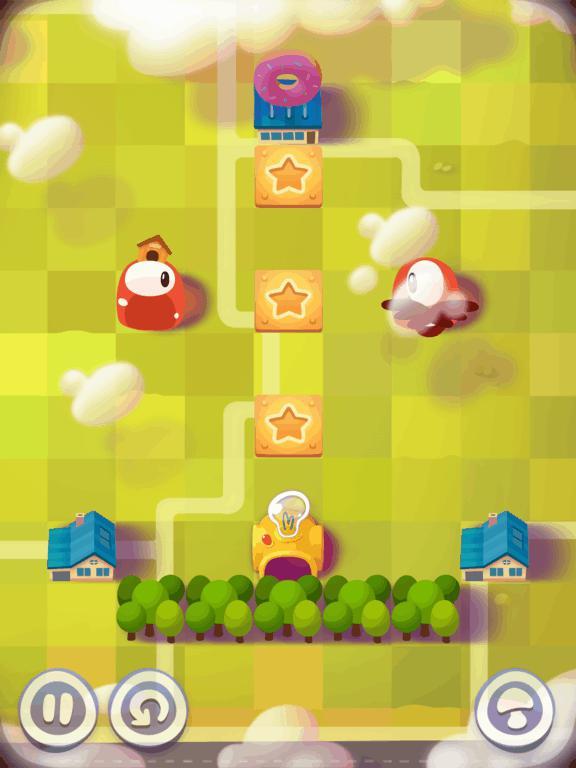 If you’re not worried about getting three stars on every stage, you should be able to see everything Pudding Monsters has to offer in about 40 minutes.  That said, getting three stars in a game like this (or Angry Birds, or Cut the Rope) is really where most of the fun can be found – and here it’s accomplished in a fairly neat manner. You’ll need to complete your pudding monster in a way that places him over the stars on the ground in each level if you want to earn them, so it stops being about “how do I make a monster using all of the pieces” and it becomes “how do I use all the pieces and finish my monster in the perfect position to net all three stars?”

Don’t let our slight concerns over the difficulty dissuade you – Pudding Monsters is a great little game.  It might not be the next Cut the Rope (sliding puzzles are too familiar to provide that “WOW!” moment that a unique experience like Cut did) – but it doesn’t need to be the next Cut the Rope.  It just needs to be a fun little puzzle game that’s well worth the price of admission.  And when looked at in that light, Pudding Monsters is downright delicious.