Prize-O-Rama is a casino slot machine without the inevitable ache in your pocket book. Unfortunately, its presentation can be repetitive and the payout not very worthwhile.

If you’ve ever been to a casino with digital slot machines, you have an idea how the game is set up, only with a monster motif. There is a giant monster screen with four slots. The first three slots are the game slots and contain the fruits, game and trivia icons. The fourth spins with your friends pictures so whatever you win with the main three slots, one of your friends has the opportunity win as well.

When you spin, you can earn in-game coins by getting any number of cherries or three fruits in a row. The coins can be used to purchase pieces of postcards you can complete to open up more cards. Yeah, I was a little let down as well.

If you get question marks, you are taken to a trivia game that is a mix of standard trivia questions like “Who played Ethel Mertz on I Love Lucy” and questions where you have to figure which of your friends has a particular status. If you answer correctly, then you win coins. 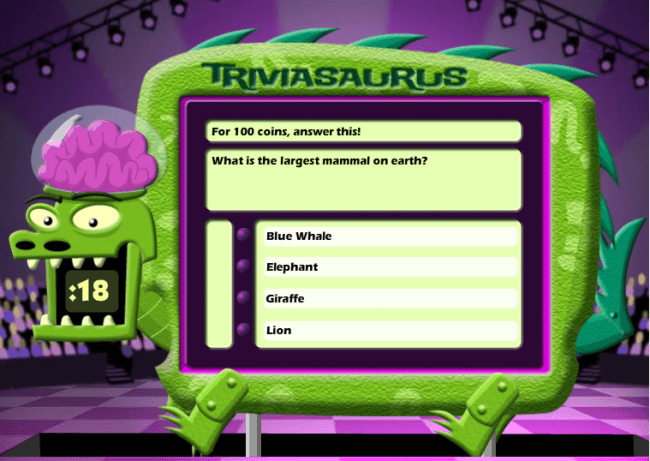 The meat and potatoes of the game is in the form of game blasts. These icons are common on the main slot game and open up mini-games where you can win postcard pieces directly. If you get more than one game blast on the wheel, there is a possibility of a combination game blast where you play two or three different mini-games.

Examples of some of the mini-games in Prize-O-Rama include a bejeweled clone called Lucky Stars, a memory game called Combo Meal, where players remember the food and avoid the insects and Harbored Pearls, a game where players have to remember which of the identical shells has the pearl after they have been shuffled. 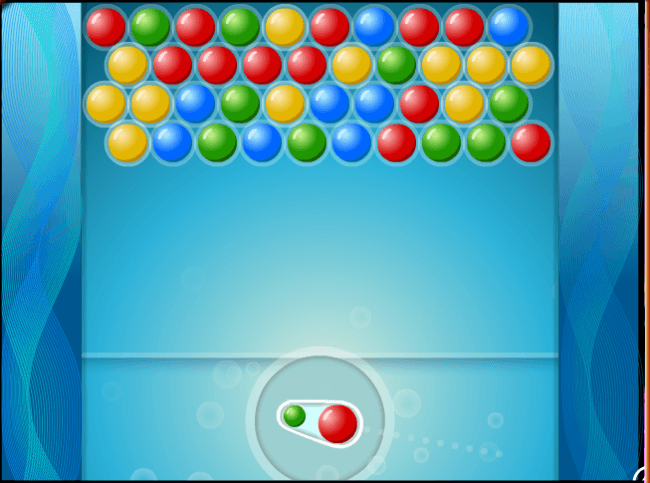 When you win the mini-games, you earn a postcard piece and little-by-little earn all the pieces to complete the cards. You then have the ability to see the completed card any time you want. Once a postcard is completed, you still earn pieces to create the same postcard up to six times. Yes, the same postcard…six times. It’s like doing the same math problem over and over again. While the virtual prizes are a little underwhelming, there is the opportunity to win real-world prizes. Each day you are given the chance to enter a random drawing for a prize such as an Amazon gift card. I know they have announced their first winners, but I am unsure as to how often the drawings are spaced.

Prize-O-Rama does a great job of offering several different types of games for players. They’re simple to play, but also increase in difficulty from level one to five. The games run smooth and provide easy, quick entertainment if you only have a few minutes to spare. One unique aspect is the ability to gain spins by watching a 30-second video of a sponsor. You can choose to wait 5 minutes for a spin to generate or gain 5 spins by watching a video. You be the judge.

While the mini-games are fun, the main slot machine game isn’t so exciting. The spins are predictable and if you get one lemon or watermelon nine times out of 10, the other two will follow. I played it so much, I could almost guess what the spins were going to be. 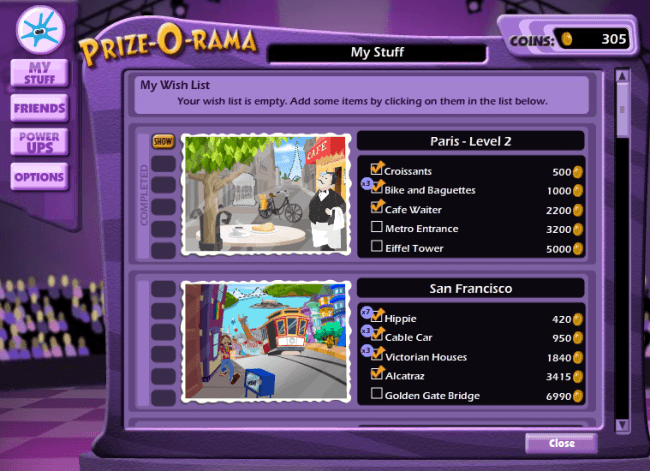 Also, I am all for friend-recruiting on games, but when one of every 3 or 4 spins requires you to decide whether or not to notify a random friend that they just won 25 coins slows down the game play and grows increasingly annoying.

Prize-O-Rama is fun for those who like classic mini-games and don’t have a lot of time to play or gamblers a little down on their luck, but still want to press that spin button. It’s a great diversion and won’t break the bank.