Home / Reviews / Prince of Persia: The Warrior Within Review

Prince of Persia: The Warrior Within Review 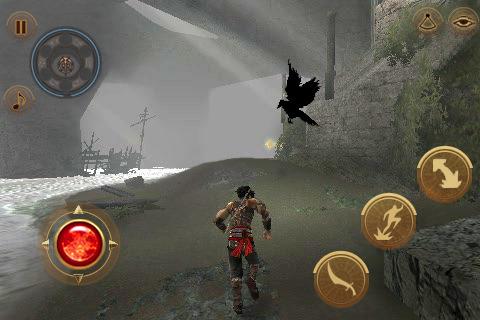 Prince of Persia: The Warrior Within Review

The Prince of Persia: The Sands of Time trilogy is well regarded thanks to its unique middle eastern setting and high-flying, platforming action. So Gameloft has decided to revisit the series on the iPhone by…releasing the second game in the series? It’s a strange decision, releasing the excellent but controversial Warrior Within before the universally loved Sands of Time. And while the idea of having one of the best platforming games around in your pocket may sound like a good idea, the transition to the iPhone is nowhere near as smooth as one of the Prince’s signature back flips.

The game takes place several years after The Sands of Time, and begins with the titular Prince being chased by a wolf. But not just any wolf, it’s the Dahaka: guardian of the timeline. Because of his actions in the first game, the Prince managed to escape his destiny, which, unfortunately for him, was to die. So the Dahaka is hunting him to set things right again. In an attempt to escape his fate, the Prince ventures back in time in order to destroy the sands of time, which where what got him into all this trouble to begin with.

Like the rest of the games in the series, Warrior Within features a combination of weapon-based combat and precision platforming. Unfortunately, thanks to the game’s unresponsive controls, the platforming segments have gone from being the highlight of the experience to the most frustrating part. The game uses a control scheme that will be familiar to most iPhone gamers, with virtual buttons overlaid on the screen to attack, jump, block, and perform other actions, as well as a virtual analog stick for controlling the Prince’s movement. You can also control the camera by moving your finger around the screen to switch the angle.

The problem with this set-up is it doesn’t offer up anywhere near the precision necessary for Warrior Within‘s tricky jumping sequences. The analog stick is just plain awkward to use and the buttons — which will occasionally change depending on the situation — are frequently unresponsive. And when you put these two factors together, you’re left with a game that is much more difficult than it should be. Expect to fall off of more than a few cliffs and miss quite a few jumps along the way. On the plus side, these control issues don’t have as large an impact of the combat sequences, though they do make pulling off some of the combos a little trickier. 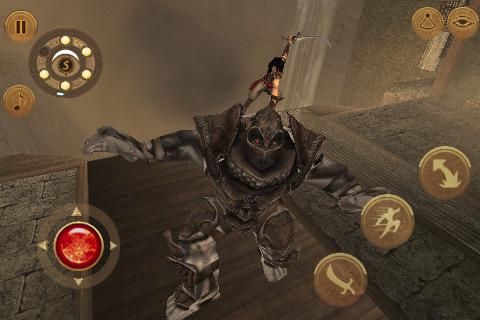 The one place where the iPhone edition of Warrior Within does match its console counterparts is visually. Despite the fact that the game is over five years old, it still looks great, especially when it comes to the CG cut-scenes. These scenes look absolutely gorgeous and maintain all of the voice acting of the original game. The rest of Warrior Within looks great as well, with smooth 3D characters and locations. The only real issue with the game visually is that the combination of dark colors and a small screen can often make it difficult see everything on screen, which sometimes makes it hard to figure out just what you need to do or where you need to go.

It’s hard not to be disappointed by Prince of Persia: Warrior Within. Setting aside the fact that the developers decided to skip over the first game in the series, it’s a great looking port of a solid game. But the control issues really hold it back. There’s nothing worse than having to replay the same part of a game over and over again thanks to a shoddy control scheme. And that’s something you’ll end up doing in Warrior Within. A lot. Unless you’re a huge fan of the original game and can overlook this glaring flaw, you’re probably better off skipping this adventure.