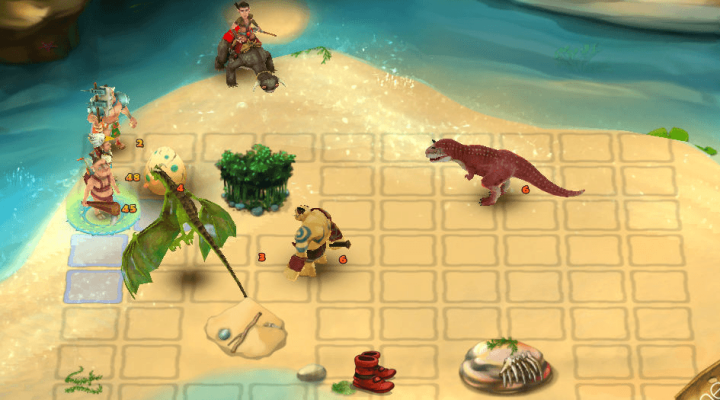 A great blend of management-sim and turn-based combat.

Difficult to tell if you have any idle workers.

Long ago, in a fictitious time where man lived alongside dinosaurs and goblins, civilization came under siege by an unknown threat. Prehistoric Times begins with a young man watching all the warriors in his village set sail to defend a neighboring island civilization who has asked for aide. With all the warriors gone, the village is now left exposed for new threats to move in and attempt to take over the land. Salvation comes in the form of a mysterious stranger, who shows up equipped with the knowledge needed to save the village and not only hold the foul creatures at bay, but push them back and ultimately eliminate them completely.

As that stranger, players take control of Prehistoric Tales and set out to rebuild and retrain a small tribe into a formidable force, capable of dealing with the daily threats of prehistoric life infused with some fantasy elements like goblins and magic. 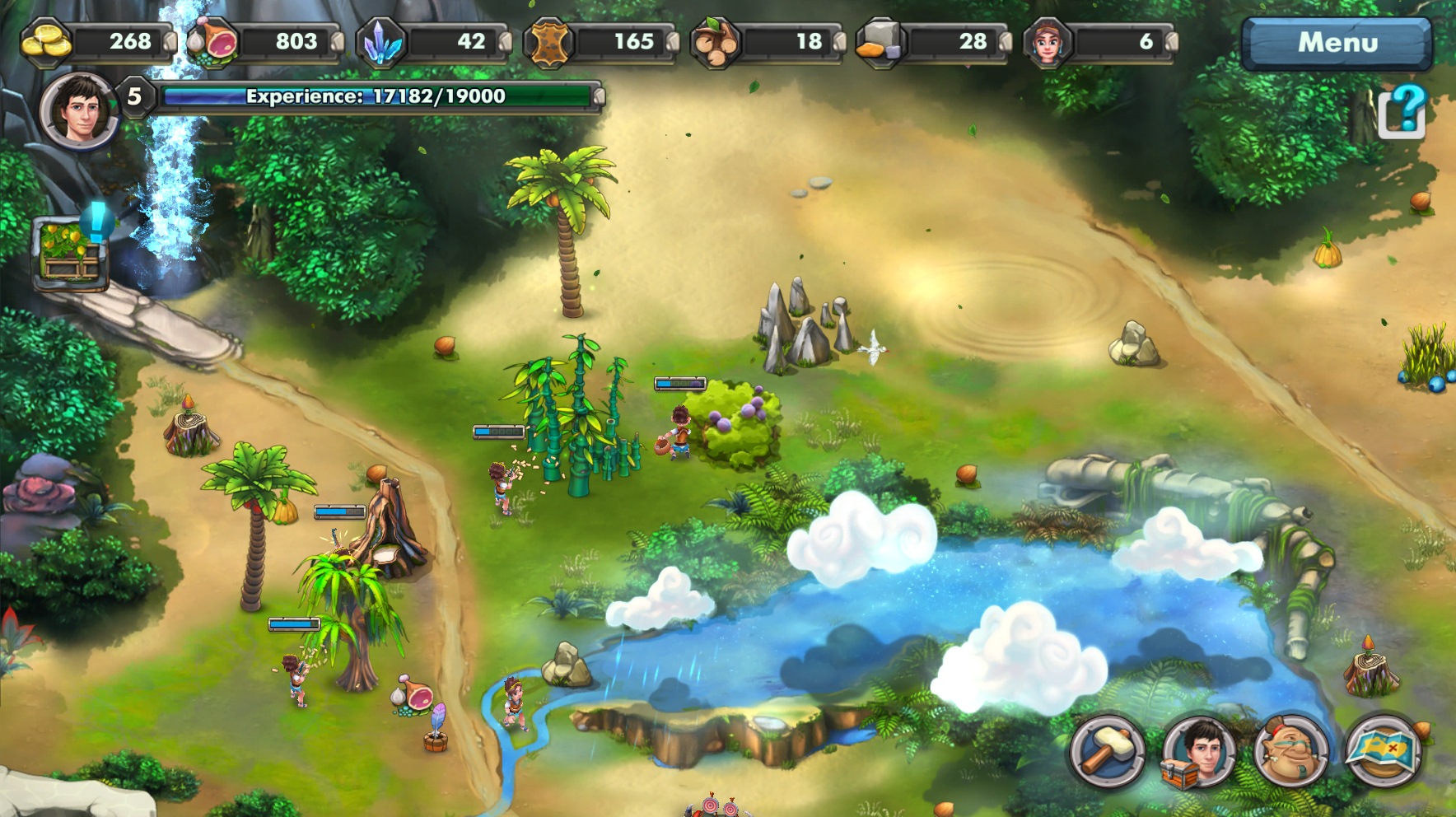 Prehistoric Tales initially starts out as many time management games do, a quick tutorial on sending villages around a small area, clearing debris and gathering resources. The game kept piling on gameplay elements though, and soon I realized that what I thought was the first level was actually just a launching pad for the rest of the game. I found myself building and placing permanent structures that I could use to set up a little renewable resource economy. I plopped small farm fields among huts that gradually yielded food, which I could use to expand my village beyond the meager huts that I quickly built along the coastline where the game began.

More villagers allowed me to clear and collect resources faster, making way for faster production of the military units I needed to keep my village safe from dangerous creatures.

To my surprise, when conflict became unavoidable, the game shifted to turn-based RPG-style fights in which I controlled myself (the hero) and any of the military units I had trained up to that point. Combat takes place upon a moderately-sized grid, and players have the option to move or attack for each of their units in the rotation.

Prehistoric Tales keeps combat casual by visually representing all of your certain types of units into one unit, with a total number count attached. So, for example, if you go into battle with 10 warriors, only one warrior will appear on the battle grid, but he will have a 10 attached to himself. That total number count represents that unit’s health; when it reaches 0, that unit is wiped out and eliminated from the grid.

The hero (the player) is present during these battles, but is restricted to a safe, stationary position where he can periodically pelt the enemy units with arrows and magical abilities like freeze blasts and fireballs. The hero can only engage from a distance, and will flee the battle once all other friendly units die, forfeiting the match. 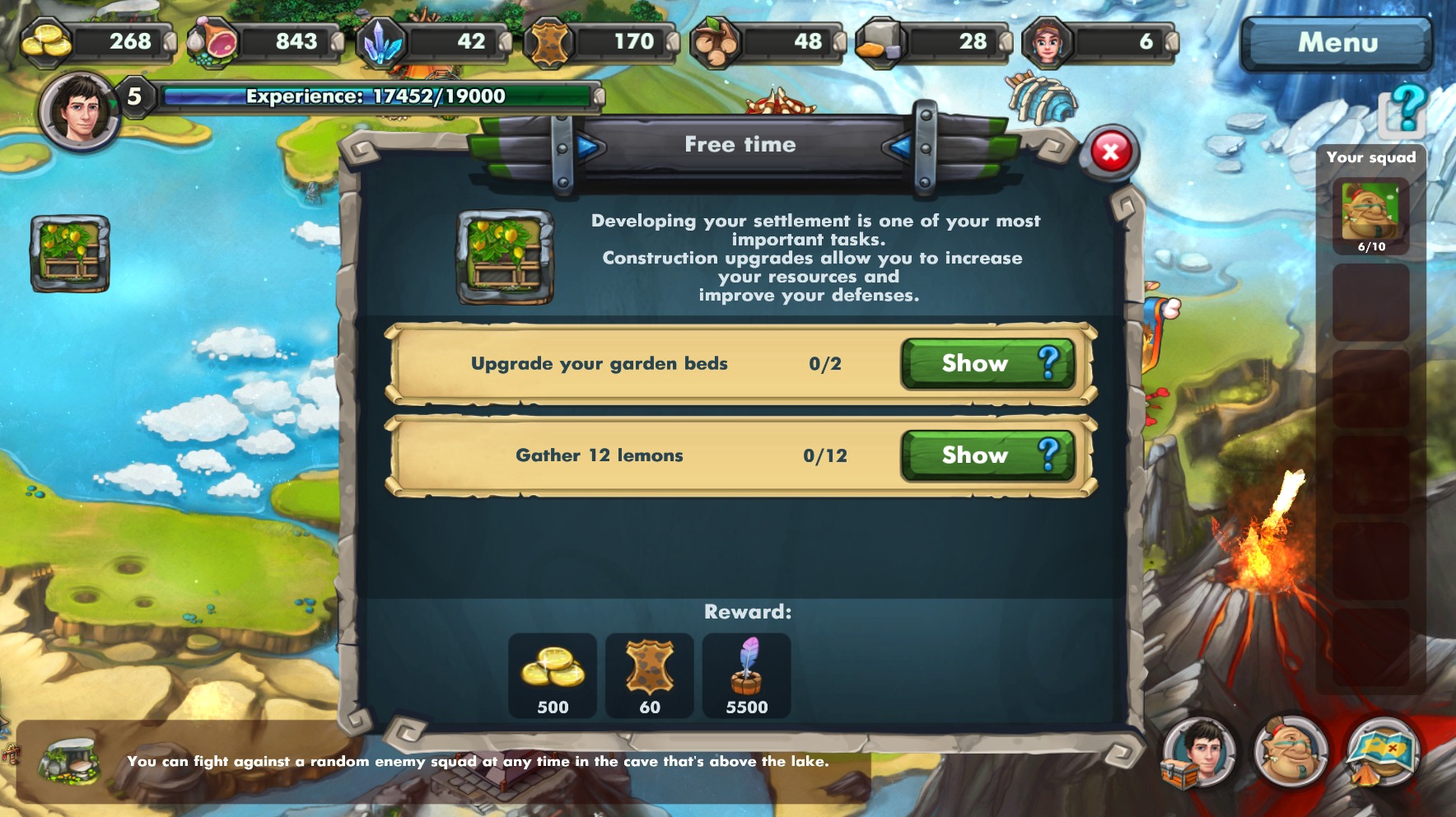 If the whole turn-based RPG element of Prehistoric Tales sounds like something you’re not keen on, know that an auto-battle button exists and it can accelerate the battle for players who are more interested in the village-building aspects of the game.

Prehistoric Tales surprised me by continuing to evolve the gameplay experience beyond what I was initially expecting. The transitions between village managing and combat are seamless, and a steady sense of progression marks each victory. I always felt like I was moving forward without being rushed. Fans of time management looking for something a little different will be delighted by what they find in Prehistoric Tales.

Godfinger 2 Review: Worth Giving a Poke?