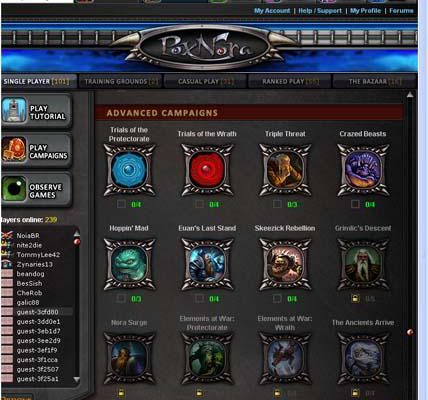 Right now the game serves a community of about 600,000 MAU. PoxNora is a game that will probably live or die based on the size and quality of its community, since the gameplay is fundamentally competitive and real-time. While there are plenty of single-player campaigns to play, eventually you will exhaust this content and need to battle against other humans if you want to keep playing. Players can chat with each other, including players who aren’t Facebook friends. 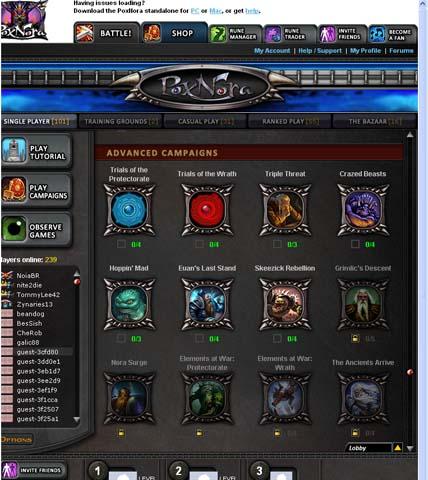 PoxNora doesn’t ask players to spam their friends with game invites in order to advance. In fact, you never have to play this game with your friends at all. The trade-off for this, though, is that PoxNora is very expensive. Expanding your army and upgrading existing units requires a player spend a lot of real money buying things like booster packs, starter decks, and tokens. The game doesn’t seem to offer many ways to obtain these things for free.

Since the Facebook version of PoxNora is essentially a port, it launches with a lot more content than your average social game. There are thousands of Runes in the game, split among eight factions and sundry other cards like spells and equipment. There are dozens of single-player campaigns to play through and finding human opponents to duel is not difficult for either ranked or casual play. The game is even well-balanced, if very complicated.

PoxNora would have an enormous advantage over competing games if only the Facebook port was better-implemented. PoxNora suffered tremendous and persistent problems with downtime throughout the two-and-a-half week period spent playing the game. On some days the game remained down so long that it simply couldn’t be played, or the game would suffer severe problems with loading or freezing.

In addition to the problems with downtime, PoxNora also suffered persistent problems with running correctly in virtually any browser. Currently PoxNora on Facebook will not run at all in Firefox or Safari. It runs poorly in Internet Explorer and is most playable in Google Chrome, where it suffers minor display issues. It seems unlikely that these browser issues will be fixed anytime soon, as the Facebook client displays a message telling you to download the online client if you have problems.

If SOE could fix the stability and browser compatibility problems in PoxNora, then it could blossom into a very vibrant niche title. The community is unusually friendly for this sort of game and the fantasy visuals are enjoyable, if very much the stuff of heavy metal album covers. Right now PoxNora‘s usability issues are so severe, though, that it’s hard to cope with the game’s steep learning curve and high price tag.