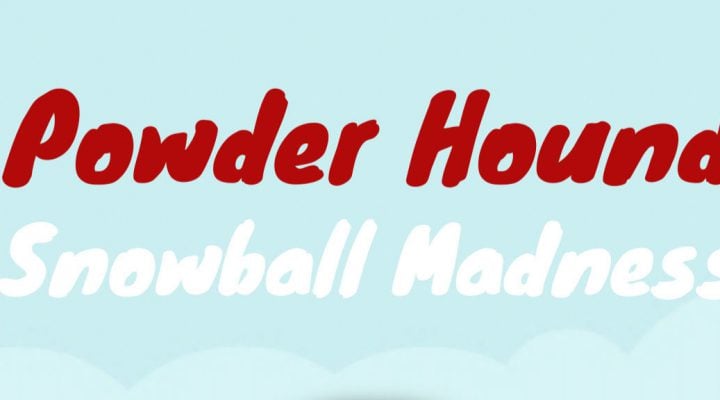 Challenging, but not infuriatingly so

Powder Hound: Snowball Madness looks for all the world like a lighthearted one-touch skiing game, but it could just as easily be a dystopian satire. Why else would the titular hound, Rocket, be skiing for his life while a snowball machine with an evil AI named Dred tries to wipe him off his skis with giant snowballs?

Dystopian or not, there’s really no need for story in a game like this, so the fact that developer Tim Holmgren added a little character is just a bonus. It’s nice to have a motivation beyond chasing your high score.

The controls literally couldn’t be simpler. Rocket automatically skis downhill at a slant, and tapping anywhere on the screen instantly flips his orientation. Holding down on the screen gives you a speed burst, but only after you’ve picked up a special bronze-colored star. 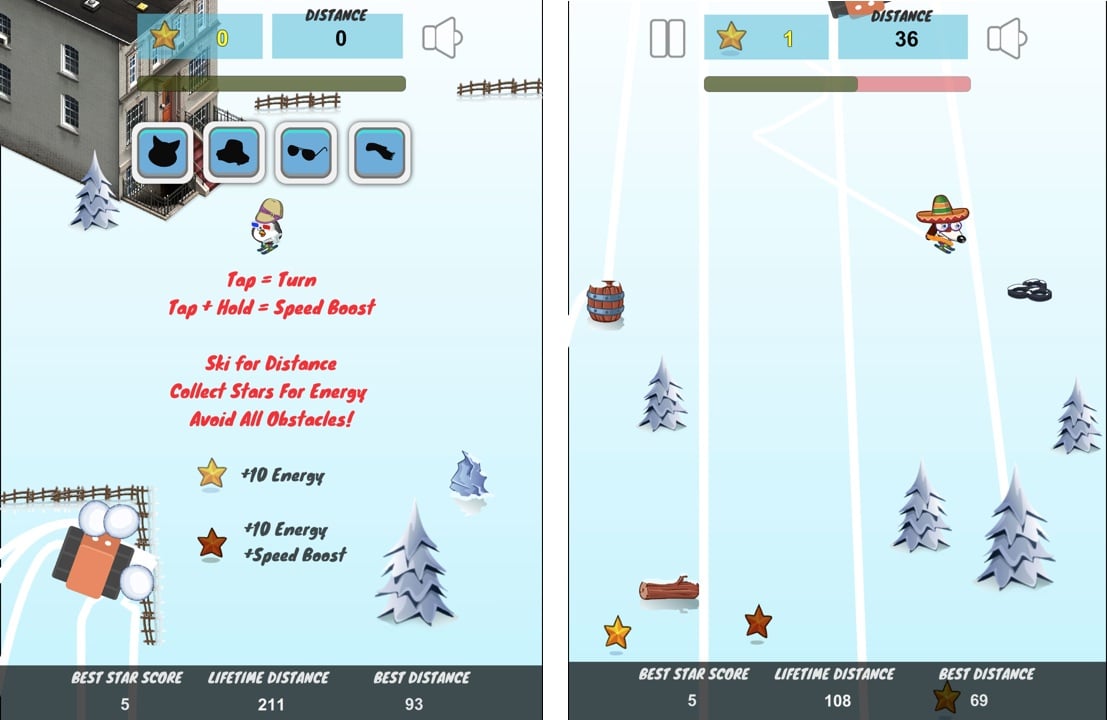 By tapping quickly, you can make Rocket weave back and forth and squeeze through narrower spaces than you might think possible. Let’s just say that if Rocket was a competitive skier, slalom would definitely be his specialty.

Of course, athletes don’t generally have to worry about being clobbered by snowballs. The random, unpredictable nature of Dred’s snowball-rolling makes the game a slightly different challenge every time, as does the random layout of the obstacles.

Smashing into a tree will end your run just as surely as it would in real life, and the same goes for hitting the sides of the screen. Like many other one-touch mobile games, the difficulty of Powder Hound: Snowball Madness is a feature, not a bug.

Not to say there aren’t a few of those as well — though none of them is game-breaking. The collision detection feels just a tad off at times, with the result that you sometimes wrongly believe you’ve collided with something, take your eyes off the ball assuming it’s game over, and actually collide with something a moment later.

The same is true for picking up the stars you need to collect to replace the energy you use up whenever you change direction. You have to hit them just right to collect them, and it takes some practice to get it right. The other minor irritant is pop-up ads that arrive at the end of every few trips downhill, but thankfully there’s an option to turn them off forever by paying $1.99.

There’s nothing overly complicated about the visuals in Powder Hound: Snowball Madness, but that’s just fine in a game of this kind. Both Rocket and the snowballs crisscrossing his path make satisfying tracks through the powder, and all the other environmental elements are pleasant enough. You’ll even spy birds flapping across the mountain at times — one of the few things that won’t knock you out of your bindings. 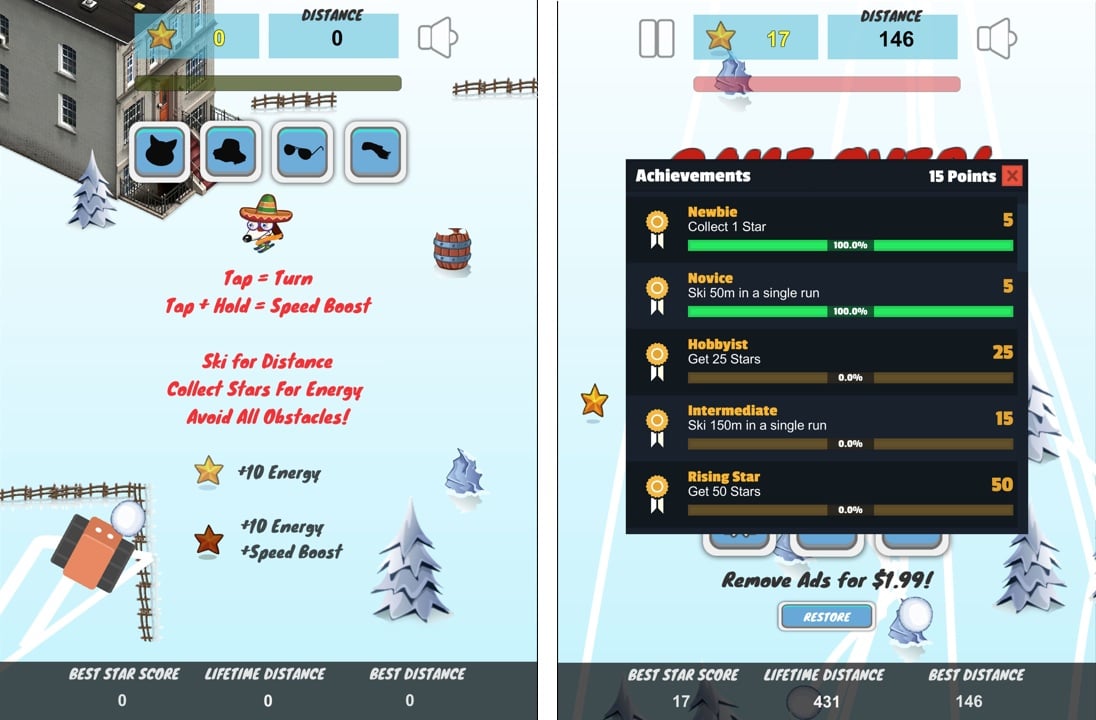 Not a dog person? You can swap Rocket for a cat, panda, or penguin with just a few taps before you head for the slope, and you can easily change your hat, glasses, and scarf the same way. There’s an obvious opportunity for some unlockables here, but it’s pretty cool that you have a bunch of visual options right away.

For those who can’t handle enemies in their games there’s also the Casual Mode, where the snowballs are removed. This option has its own Leaderboard and set of achievements for you to work your way through.

In the end, we may never find out what made Dred run amok and weaponize the snow around him in a bid to neutralize a harmless skiing dog. That that’s okay. If you simply need to kill some idle minutes by putting your reflexes to the test, Powder Hound: Snowball Madness fits the bill.

You can download it right now via the App Store and Google Play.