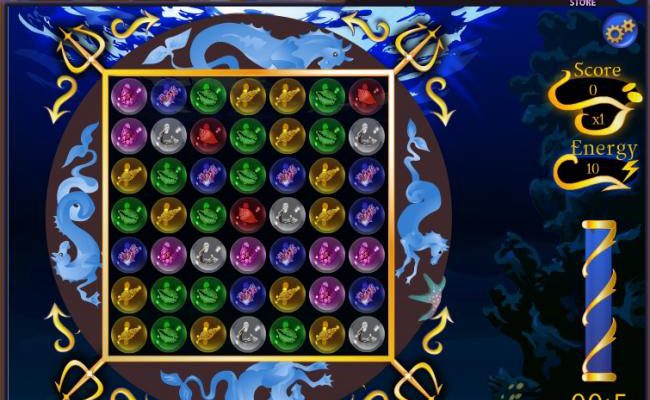 This may be hard to believe, but Poseidon’s Realm actually does something new and interesting with the well-trod match-3 puzzle formula. With a few twists the game manages to feel both fresh and familiar at the same time, which makes for an incredibly addictive experience.

The set-up is very familiar. You’re presented with a screen of colored bubbles and the goal is to match three or more of the same color. Creating matches causes the bubbles to pop, which in turn earns you points. Poseidon’s Realm uses the increasingly popular Bejeweled Blitz formula, which boils the gameplay down to one minute long intervals. You have just those 60 seconds to score as many points as you possibly can. 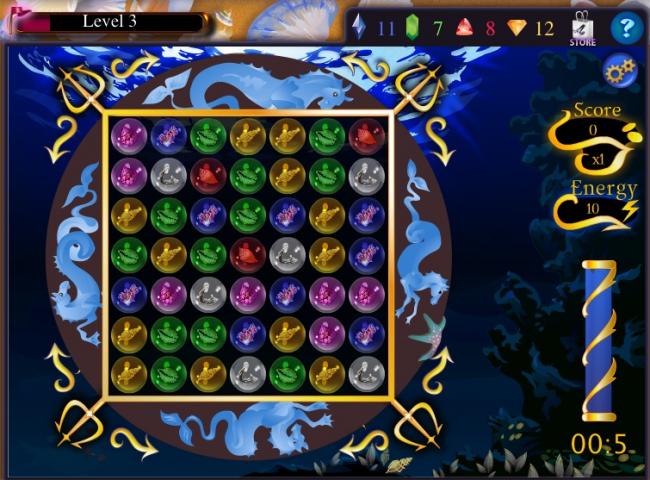 The twist is that you’re not swapping bubbles to make matches. Instead, you’re popping them. Popping a bubble causes the rest of the row to move up a spot, which is how you make your matches. This small change significantly changes the way you play, as does the ability to rotate the screen to help create better macthes. You can also create giant bubbles by matching four in a square to give an additional score boost. While the goal is the same as every other match-3 game the technique is different, which makes Poseidon’s Realm feel like a fresh new experience.

But as new as the core game feels, the overall structure is rather derivative. Not only is the 60 second time limit ripped straight from the Blitz series, but Poseidon’s Realm also includes a slate of features you’ve seen plenty of times before. There are power-ups that you can purchase with gems (the game’s premium currency), you can compare scores with your friends, and there’s an energy system that decreases each time you play but refreshes over time. In short, it’s like pretty much every other puzzle game on Facebook. 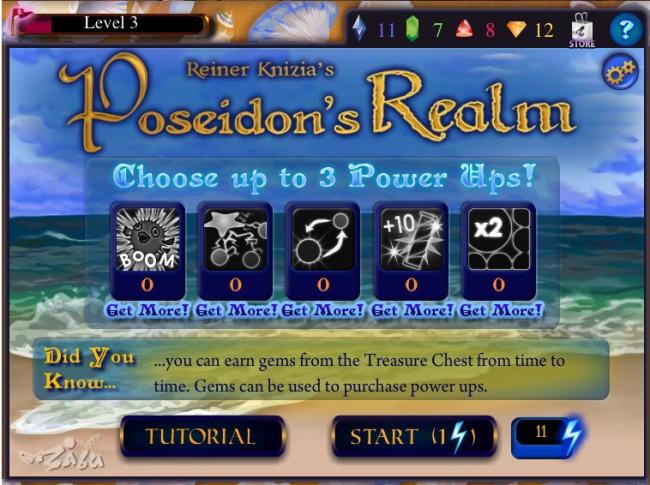 Poseidon’s Realm features an aquatic theme and an art style that’s in keeping with Zabu Studio’s previous work. The visuals are pleasant, though a bit bland, with the occasional 3D effect. It gets the job done but some visual variety would be much appreciated.

There’s a lot about Poseidon’s Realm that has been done before. Many, many times. But it’s still worth playing for fans of match-3 games who are looking for something a little bit different. The bubble popping mechanic adds a whole new dynamic, without ruining the familiar core that makes match-3 so addictive.