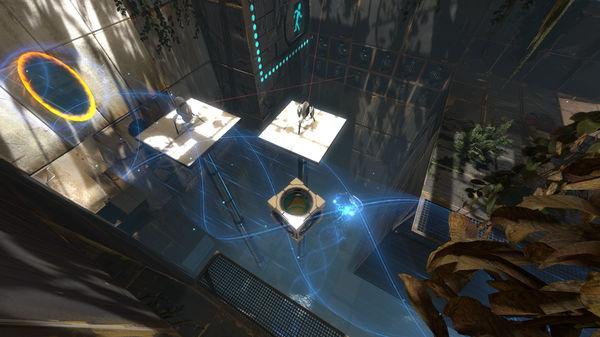 Portal 2 is quite possibly the greatest first-person puzzler ever.

Thinking with portals can be a difficult concept to wrap your head around. Spatially it’s a mind-bender, producing situations and scenarios that your brain says just aren’t possible at all. Once it’s all clicked into place, then the big guns come out to play, and you’re expected to zip around a room as if it were the preferable transport method of choice.

Portal 2 provides some of the most exhilarating and refreshing puzzles you will ever see in a video game. With each new room comes exciting new prospects, fantastically witty dialogue and the urge to explore and conquer. This is one of the greatest gaming releases of the last decade, and it’s both the perfect introduction into first-person shooter gaming and a lovingly crafted rush for more veteran players.

On paper, the concept sounds simple enough – the player has a Portal gun that can fire out two round portals, one orange, one blue. Stepping into one will cause you to come out of the other, and vice-versa. Once you begin to consider the implications, however, it’s a real eye-opener. Fire a portal onto the ceiling and one on the floor directly behind, and you can fall forever, passing through the two portals over and over again.

That’s just one example – what you can do with the concept is simply amazing. Momentum gathered from falling will continue to affect your character as you fall through a portal, potentially allowing you to soar over chasms and launch yourself onto platforms. Items can also be brought through the portals – in fact, if you don’t even need to pick them up, and can instead fire a portal on the floor underneath an item and watch it fall in.

Over the course of about nine hours, the puzzles become more and more exciting and challenging, introducing new concepts constantly that will really get your brain ticking. Dangerous gun turrets need dodging; See-through walkways can move through portals and create paths that were originally impossible; Coloured goo causes the walls, floor and ceiling to adopt different physical rules. The amount of creativity on show is astounding. 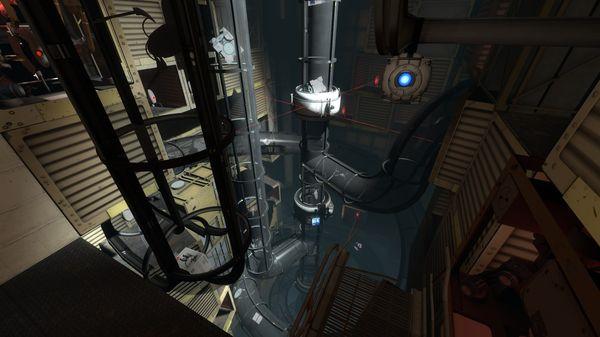 There’s not always a single solution either, and finding your own crazy method for completing a puzzle makes for some brilliant highlights. Along the way, there are a number of branching paths to take and sections in which you can disobey the rules and venture off in the wrong direction. For this reason, you’ll most definitely want to play Portal 2 through a second time to see everything you missed.

While the gameplay is next-to-perfect, it’s the storyline and voice acting that really make the experience. Stephen Merchant, Ricky Gervais’ comedy partner, voices a silly robot called Wheatley in what must be the performance of his career. J.K. Simmons, best known for his roles in the likes of Law and Order and Spiderman, plays the voice of Aperture Science founder Cave Johnston absolutely spot-on.

Finally, you have GLaDOS, the psychotic robot who has a thing for testing and killing. The personality seeping through the seams of every moment in Portal 2 makes for some of the most awe-inspiring moments ever seen in a video game, and the storyline itself takes more twists than a game of Bejeweled Twist.

Once you’ve seen everything the single-player has to offer, co-op missions will tide you over for another six hours. Grab a friend, and the two of you can think with portals together, each with your own two, for four in total. 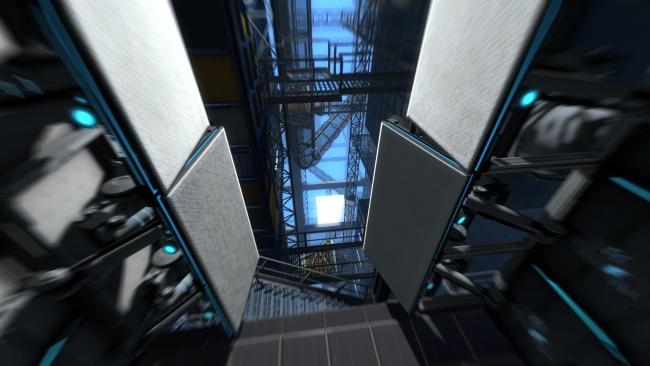 This opens up a whole new range of ideas that weren’t possible on your own. Duos will constantly have to think together to find the solution, splitting up to explore the surroundings and firing portals for each other to run through. You’re also able to pull off a number of silly ‘gestures’ that don’t do anything useful, but are great for messing about.

The co-op levels are just as brilliant as the single-player, although it’s notable that the story elements aren’t as great, with GLaDOS chiming in at the beginning and end of every test. Comparing it to one of the greatest narrative gaming experiences of all time is rather harsh, though.

Portal 2 is one of the greatest gaming releases of this generation, serving up mind-blowing puzzles, constantly humourous dialogue and a universe that we never want to leave. In fact, the only real gripe we have with this game is that is eventually ends.