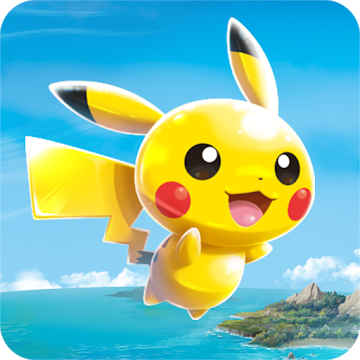 Uglier than your average PS1 game

Tournaments and the shop are closed on day one

Pokémon Rumble Rush is so unbelievably lazy, ugly, and dull that we’re genuinely baffled that The Pokémon Company gave it the go ahead. We know it’s been in development hell for some time but really it should have stayed there, as it offers absolutely nothing to anyone unfortunate enough to come across it.

The basic premise is that you’re exploring a series of islands looking for Pokémon. For some bizarre reason that involves dropping a feather onto a bunch of low-res trees to uncover a Pokémon. You’ll then send your own captured Pokémon to this area to beat up hordes of identical Pokémon, hoping to catch one.

Each Pokémon has a CP rating, which details how powerful they’ll be in combat. This is an important statistic to pay attention to, as you’ll need to beat a series of bosses to progress, and you can only face a boss when you’ve found a Pokémon with a sufficiently high CP rating.

Now, the only way to get feathers is to beat a boss level, so you’re going to have to go back and grind previous levels to find a sufficiently powerful Pokémon so that you can take on the boss. That wouldn’t be such a bad thing if the combat system wasn’t so painfully dull and repetitive.

Pokémon Rumble Rush is Bafflingly Lazy on Every Single Level

You simply tap on the screen to unleash an attack. Most of the time this instakills any Pokémon unfortunate enough to get in its path, so there’s no challenge there. You’ll face a mini-boss at the end of a stage that might take up to five hits to bring down, but there’s no real challenge as they do such low damage anyway.

Besides, you can swipe in any direction to dodge out of the way of attacks, which are all telegraphed. If you do end up failing a level, it’ll be because you put the phone down out of boredom/disgust/because you were busy – never because of any actual challenge.

As you complete levels you’ll also complete a series of incredibly simple challenges, which reward you with gems. We think this is the premium currency in Pokémon Rumble Rush, but can’t spend it right now because the in-game shop is permanently closed.

Aside from the laughable single player grind there’s a tournament system, which we presume is for PvP. We say presume as it’s not actually available right now. That begs the very real question: why has this game bothered to launch at all?

Not only is it dull, repetitive, and mind-numbingly easy but it’s clearly not even finished. Everything about it just screams “placeholder”. The low-res forest background, the not at all cute Pokémon design, and the awful PS1 era 3D visuals. It looks like a developer made a proof of concept for a Pokémon game.

We can only assume that The Pokémon Company has just chucked it out in an attempt to recoup development costs. Good luck with that!