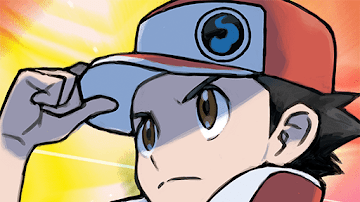 Pokémon Masters is the latest mobile game release by The Pokémon Company, who have partnered up with DeNA this time around. On paper, it appears to offer a more traditional Pokémon RPG experience than the many other Pokémon mobile games we’ve seen so far. You journey to the brand new location of Pasio, an island that’s hosting the Pokémon Masters League.

Your goal is to win that tournament but, as is typical of a Pokémon game, you actually end up doing more than just that. But before we dig too deep into the story, which is fairly involved in Pokémon Masters, let’s first take a look at what we’re dealing with here on a gameplay perspective.

Those of you familiar with mobile games will likely recognise almost instantaneously that Pokémon Masters is pretty much just another gacha RPG. When you’re not watching lengthy cutscenes, you’ll likely be participating in turn-based battles. These are different from the core Pokémon games, as they put three trainers versus three.

Each trainer brings a single Pokémon into battle, and you can level them up, unlock new skills for them to use in battle, and, eventually, evolve them into their more powerful forms. This is all pretty standard Pokémon, but the battles aim to shake things up a bit. It seems that Chrono Trigger was an inspiration here, as rather than take it in turns to fire moves at each other you wait for an energy bar to charge. When you’ve got enough bars, you can pull off a move on any of the Pokémon in your line-up, provided their moves aren’t in cool-down.

Once you’ve pulled off a certain number of moves, you can unleash a super powerful attack with any of your Pokémon. These are called Sync Attacks and use the element of your chosen Pokémon when dealing damage. In fact, elements play a huge role in Pokémon Masters. Before you head out into battle, you can check the elements of all Pokémon you’ll face, and form a team designed to beat, or defend, against them.

A big problem we’ve faced is that the battle system is rarely challenging – so much so that we just popped it on auto and sped up the battles to get through them. The auto system isn’t particularly smart either, with Pokémon regularly using abilities against Pokémon they’re not strong against while the Pokémon in your team that is strong against them just sits there.

All of the battles we’ve faced so far have taken place within the confines of the main story, which is made up of a series of chapters. This is where Pokémon Masters stands out from the many gacha RPG competitors, as the writing is solid, amusing, and endearing. We’ve found ourselves actually taking an interest in the plot and characters, while we usually just skip all of this faff in typical gacha RPGs.

It helps that the presentation is superb, looking every bit as detailed and gorgeous as Pokémon on the Switch. It’s extremely colourful, and pretty much looks like the cartoon come to life. You’ll visit a wide variety of locations and meet many new characters and Pokémon, and seeing everything come to life with this level of visual flourish is always welcome.

Let’s confront the elephant in the room though: the gacha system. It’s a pretty standard gacha, offering you the ability to unlock a new character at once, or pull 10 in a single go. There’s a “special offer” right now that provides you with a guaranteed five star character in exchange for pulling 10 Pokémon at once, and you can pull a single Pokémon every single day for 100 gems, which is a third of the usual price. The catch here is that you can only use paid gems – Pokémon Masters provides you with loads of free gems, but limits the ways you can spend them. Paid gems have no such restrictions.

Gachas aren’t know for their generosity, but it’s still a little alarming how expensive Pokémon Masters is given that it’s a Pokémon game aimed at a younger audience. In terms of costs, it’ll set you back $3 for a single summon and $30 for 10 summons. You can get a daily pull for $1, down from the usual cost of $3, and purchase gems at a discounted rate once per month. The discounted gems will provide you with 10 summons per month.

It’s a Potentially Very Greedy Prospect Though, With Hundreds of Dollars Worth of IAPs on Off

In terms of chances, you’ve got a 73% chance to summon a three star Pokémon (the lowest in the game), a 20% chance to summon a four star, and a measly 7% chance to summon the most powerful five star Pokémon. There are a possible 43 Pokémon to summon right now, which equates to $129 worth of spending provided that you’re insanely lucky and get every single possible trainer in those particular summons. That obviously wouldn’t happen, so you’re looking at spending a lot more if you want to unlock all of them.

That’s quite alarming, but there is some good news. You do get a trickle of free gems as you play: 10 for watching a cutscene and 30 for participating in a battle. You’ll also occasionally unlock new trainers as part of the story, and we’ve got a single five star that way so far. While we haven’t beaten the story yet, it’s possible that if we didn’t spend a penny and saved up our gems until we got to the end and spent them all, we might get close to having all of the trainers due to story unlocks and free summons.

However, here’s more bad news: it’s possible to summon multiple of the same Pokémon trainer combos, which improves their abilities. We’re not sure how important this is, as we haven’t experienced the later phase of the game. If it increases in challenge exponentially, it might be that the trainers you get as a part of the story aren’t feasible. At this point, we can’t detail how much you’d have to spend – if anything – to participate in all aspects of the game, but the potential expenses is quite alarming.

So is Pokémon Masters worth playing? We have mixed feelings. If you’re a fan of the franchise, you’ll get a kick out of seeing your favourite Pokémon and trainers in such stunning detail. The writing is also a joy, providing a genuinely engaging story that we didn’t feel the need to skip. Core Pokémon RPG fans will find the battle system too easy, with little challenge. Heck, even gacha RPG fans might find the poor AI baffling, as their Pokémon don’t use the elemental strengths to their advantage often.

There’s also a layer of greed here that we’re not used to seeing from The Pokémon Company. We haven’t managed to beat the game yet, so can’t comment on how much you need to spend to get through it, but it’s evident that you can sink hundreds of dollars into Pokémon Masters with ease.

Farm Punks Review: What is the Point in this Bafflingly Insane Game?