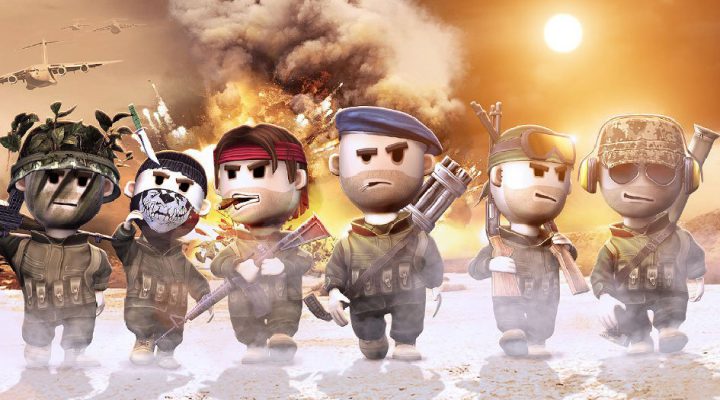 Easy to jump into

Extremely hands-off for the most part

Could use better soldier class explanations

Pocket Troops is the sort of bite-sized war game that makes for a good fit on a mobile platform. It’s involved enough to keep your attention, but hands-off enough that you don’t really feel like you have to hover over it at all times. Plus the tiny, angry army dudes are adorable!

There’s some weird backstory involving an evil badguy who’s plotting to take over the world in order to make everyone wear black – because “everyone looks good in black,” obviously – but you’ll probably be spending more time fighting against other players or random enemy encounters than you will progressing the story. Mostly because story missions ramp up in difficulty pretty quickly (and can’t be replayed), and because the map gets cluttered with these sorts of encounters all the time. 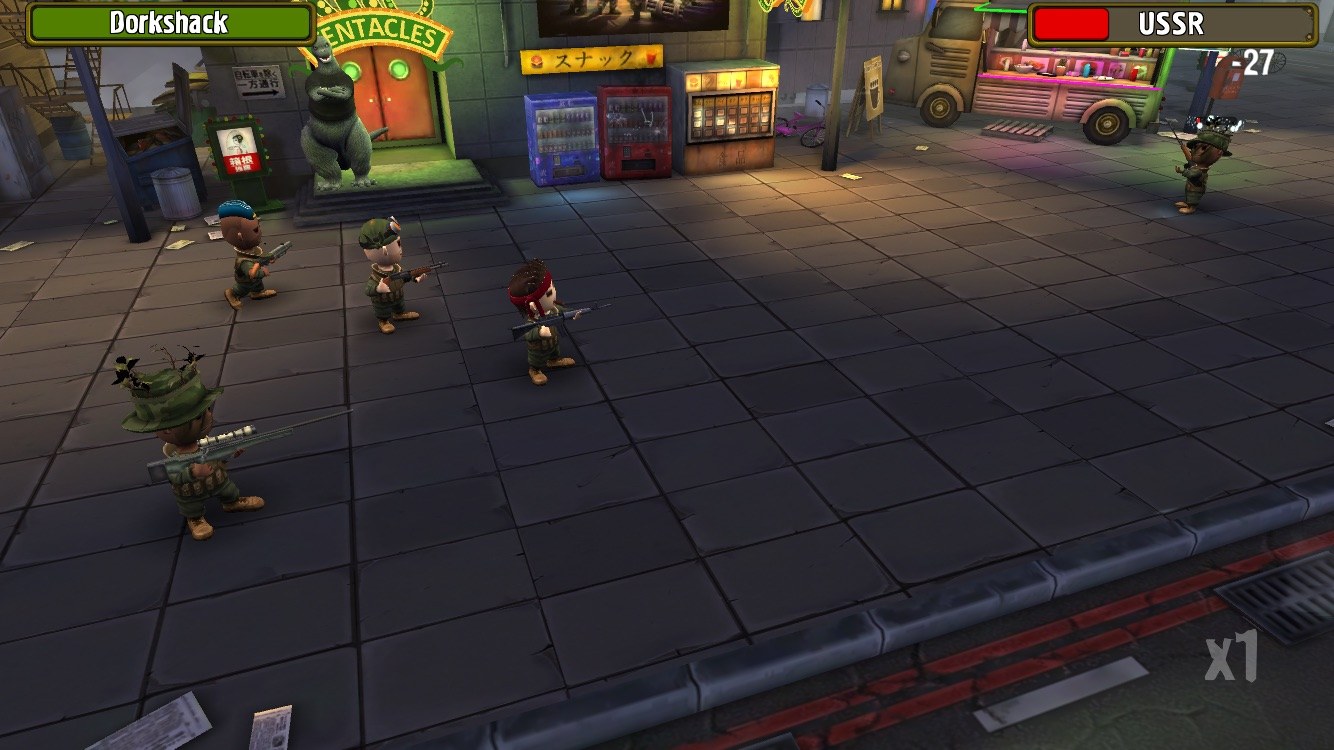 These fights are mostly hands-off, which can be both good and bad depending on what you’re looking for in a pick-up-and-play war game. When going up against enemy soldiers in story missions or random-ish encounters, you’re given a tiny bit of control – this amounts to things like calling in airstrikes, healing troops between battles, and designating targets before the start of a skirmish.

When it’s against other players’ forces you just sit back and watch. I don’t really have a problem with this, but if you’re looking for something more in-depth you’re probably going to be a bit disappointed. 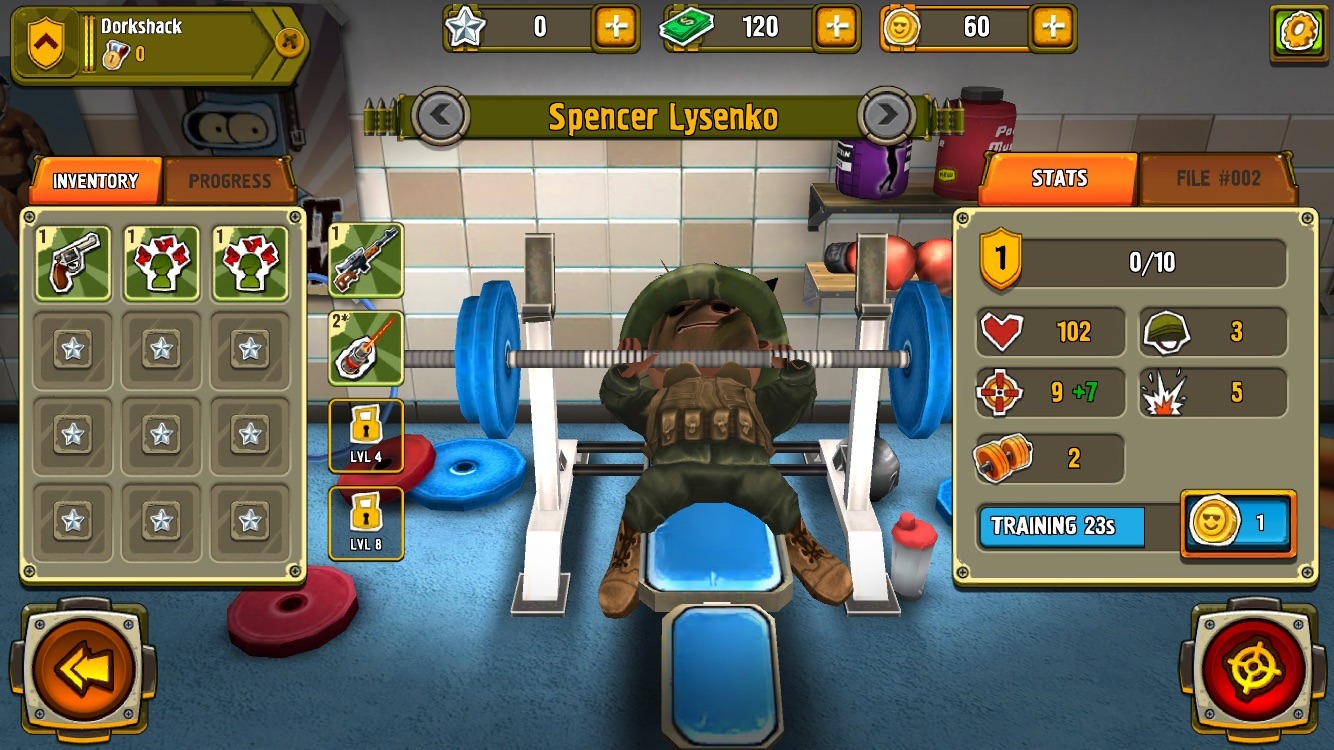 What actually has me coming back to Pocket Troops is the progression of my soldiers. Between being able to train them (i.e. bump up specific stats like health and accuracy by spending in-game cash and waiting progressively longer), level them up via regular fighting (which unlocks extra ability slots), and earning/combining/equipping various abilities (some of which can be shared with other soldiers), it creates a pretty satisfying sense of accomplishment. Granted, it can take some time when you have limited training slots available and a tiny armory, but it’s more fun for me than the actual combat. Which is kinda weird, actually.

I also really like how there’s no energy meter nonsense like in many other free mobile games. Instead, you can send your troops out on as many missions as you want but will have to wait for them to heal up back at base whenever they get knocked out. So theoretically, if you’re on a solid winning streak without any losses, you could just keep playing forever. Someone will inevitably get knocked out, of course, and the more powerful they are the longer it will take for them to get back on their feet, but the wait times are pretty manageable and you can still go on missions with your remaining soldiers. 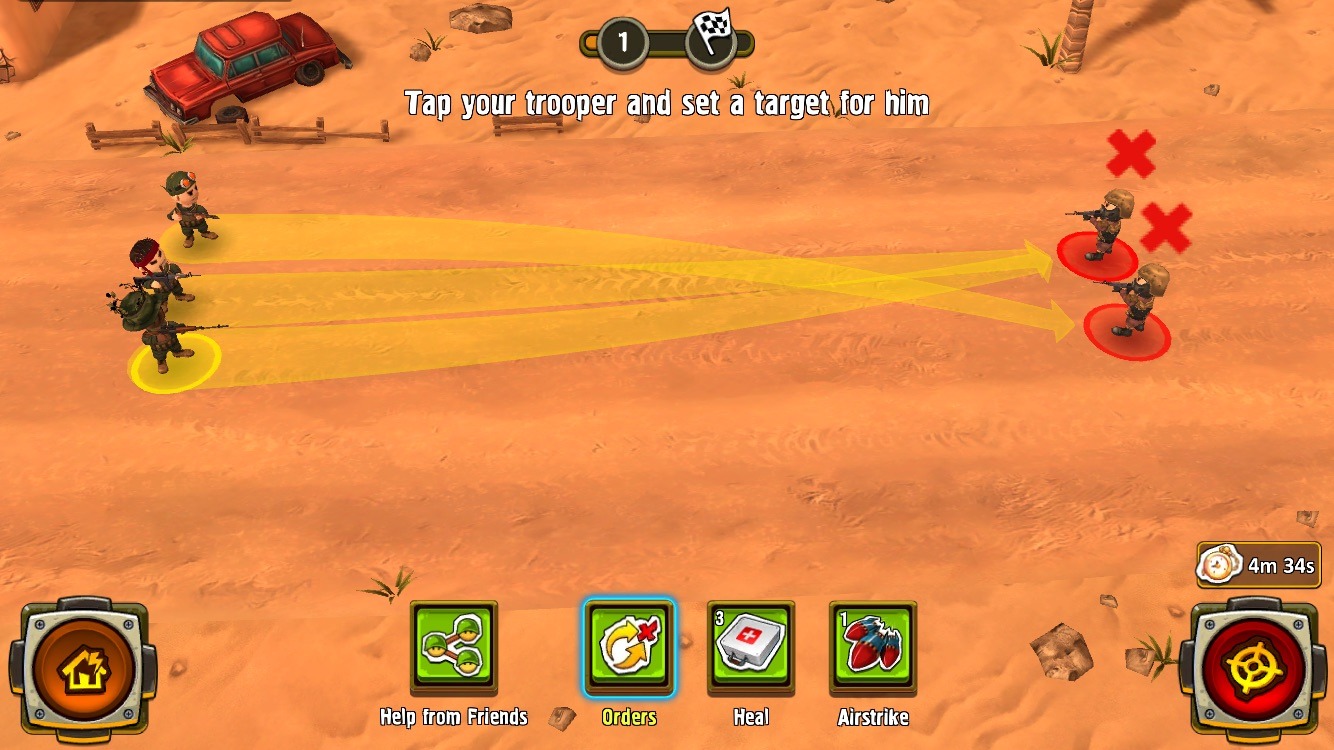 That said, I do wish there was a bit more explanation for the different soldier classes. You get a small preview of the potential abilities that they can unlock when you go to recruit them, but something a little more descriptive would be very helpful. Even if it’s something as basic as letting you know that the basic assault rifle troops are more adept at rushing straight at the enemy and getting in close, or that the soldiers with what look like grenade launchers (but are actually a kind of machine gun for some reason) can also learn to use rocket launchers. Currently it feels more like you’re left to muddle your way through the first several stages until you can figure all of that out on your own.

As simple as it is and as little direct interaction as there might be, I do think Pocket Troops is pretty enjoyable. It’s ideal for playing a few minutes at a time, whenever you have a spare moment and the desire to. And I do loves me some soldier training and upgrading. But it’s definitely not going to blow anyone away with its strategic depth.

Dominion Review: Worth the Wait, but Costly to Love

One Button Travel Review: Time to Take a Long Trip