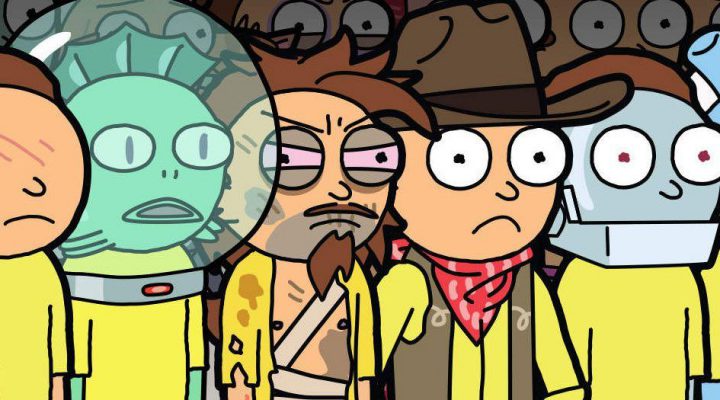 Lots of Mortys to collect and evolve

It wasn’t until Rick and Morty was well into its second season that a friend introduced me to it. Then, about a month, later I’d managed to marathon through every available episode. I wouldn’t say it makes me a diehard Rick and Morty lover, but I’m definitely a fan of this extremely twisted (but also very clever) cartoon.

Pocket Mortys takes the madcap weirdness of the show – minus the excessive blood, guts, and swearing – and shoehorns it into a creature collection RPG. Only in this case it’s about Rick collecting and training 80+ Mortys from alternate dimensions instead of a grade schooler enlisting wild animals in their own private army. 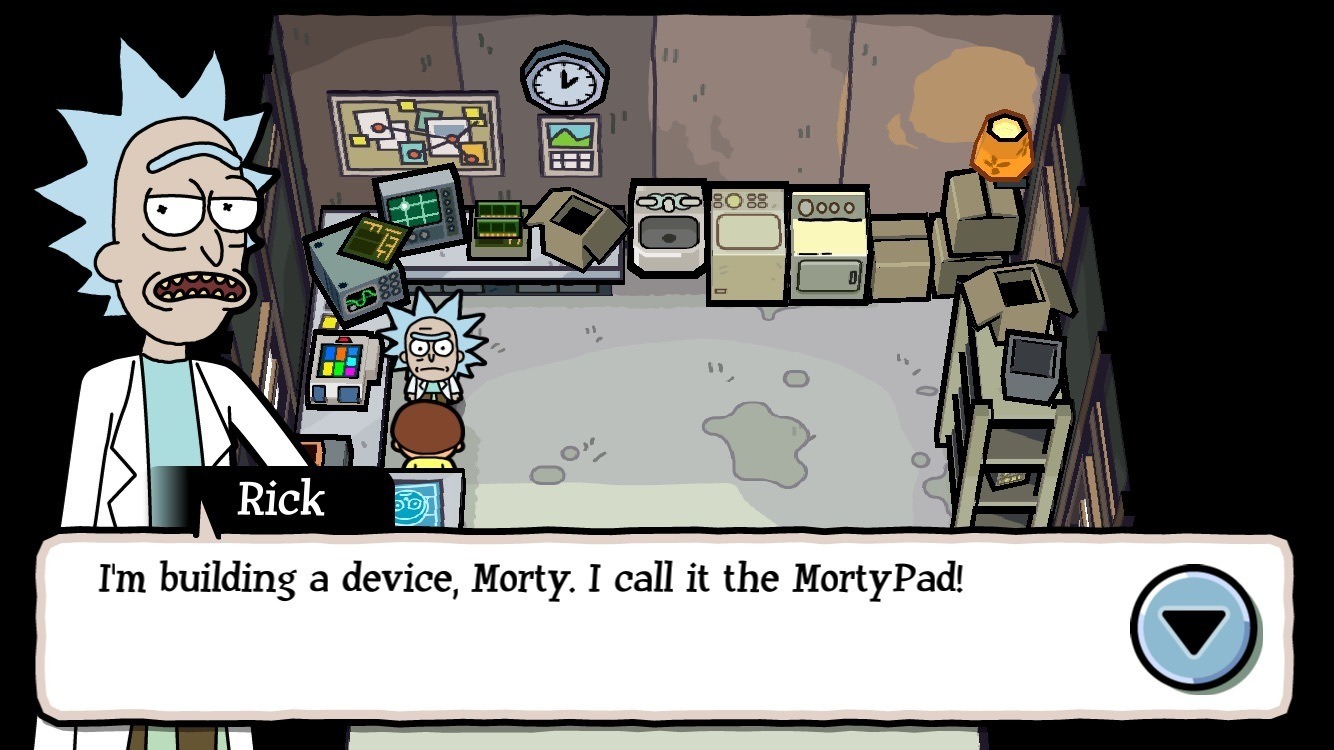 Rick Sanchez and his grandson Morty are working on a new invention in the garage one day when another Rick from an alternate reality busts in and tries to capture Morty. Rick, after much pleading from Morty, finally steps in and together they send the invading Rick packing. Of course, Rick isn’t the kind of guy to take that from anyone — not even another Rick — so they give chase. After another brief showdown, the duo end up in front of The Council of Ricks. They’re informed that they won’t be able to return home until they manage to best each member in a battle of Mortys. If you’re not familiar with the cartoon then you won’t get most of these references or jokes, but it’s basically Pokémon.

It took me a while to get a feel for Pocket Mortys flow, since the game just sort of dumps you into the wilderness after The Council of Ricks get their swagger on. The gist of it is that the Citadel acts as a sort of hub world where you can buy items, heal up, take on quests, and manage your Morty team. From there you can hop in a portal to visit one of a seemingly endless number of randomly generated worlds, each with its own Rick to best in Morty-on-Morty combat. Once you defeat a Rick you earn a badge, and earning a certain number of badges allows you to challenge one of the members of The Council of Ricks. Defeat The Council and you can go back home. 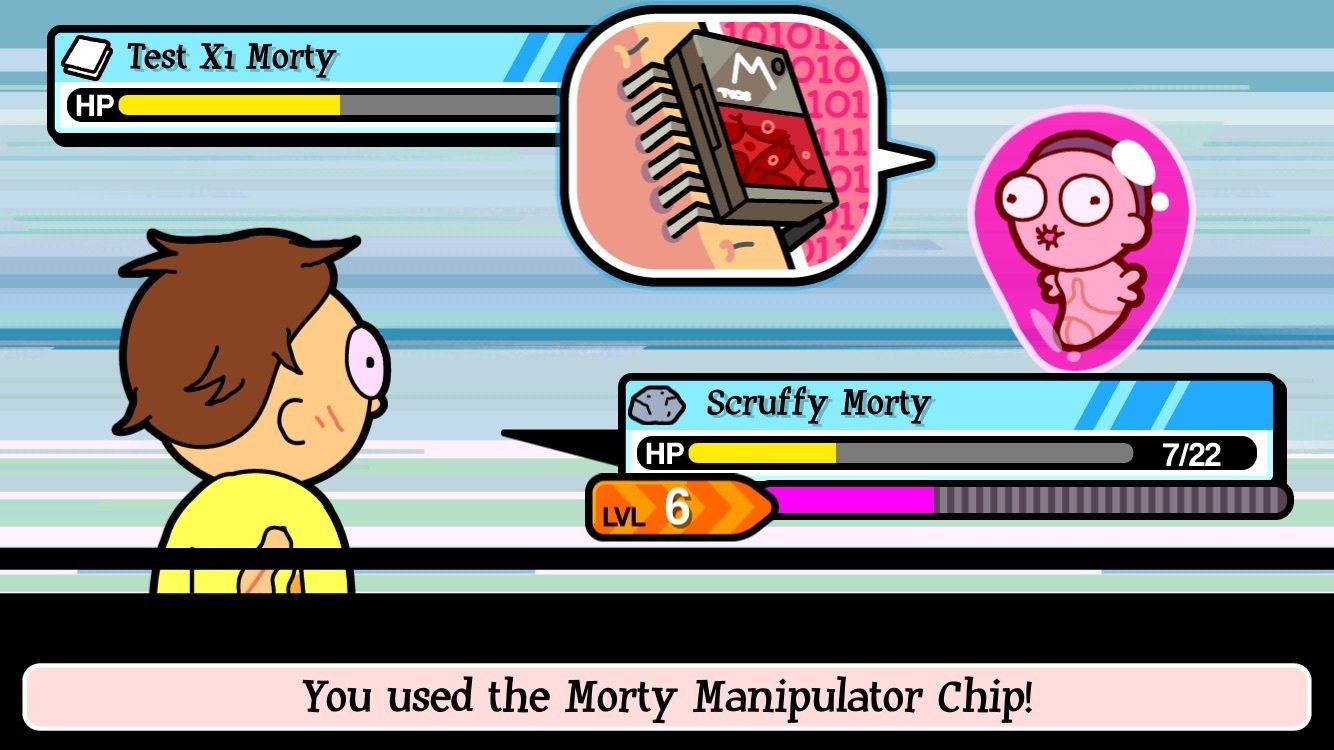 Once I managed to get my head around the stuff the game wasn’t telling me, I ended up enjoying Pocket Mortys tremendously. Anyone familiar with Pokémon will be able to get a feel for the combat pretty quickly. There aren’t 150 Mortys to collect, sadly, but there are over 80 in total and they can be evolved into stronger forms. This is pretty much just as compelling as it was back when we were first introduced to Red and Blue, and there are a lot of really creative looking Mortys to find – even if there’s a lot of overlap in their attack techniques.

They also use a literal Rocks, Paper, Scissors attack triangle where scissor attacks do more damage to paper, but scissor Mortys take more damage from rock attacks and so on. In a way it’s disappointing that it’s so simple, but it could’ve been a real mess if they tried to include more “elements.” The only real problem I have with this approach is that it’s not always that easy to figure out what a given Morty is. Sometimes it makes some degree of sense, like Rabbit Morty being a scissors type (because rabbit teeth, I guess), but other times you just have to try and remember. And since everything you fight in this game is a Morty, that can be kind of tough. Not so bad that it ruins the fun, but enough to annoy from time to time. 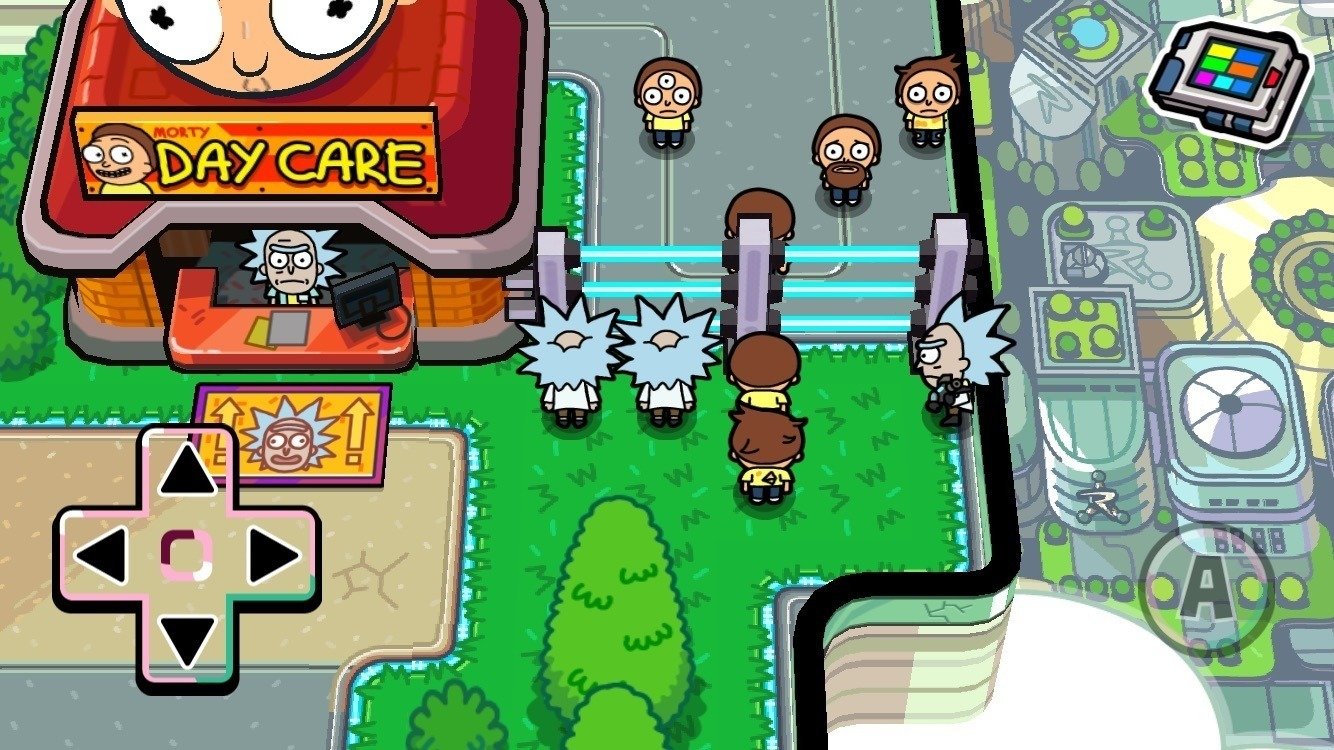 What’s more irritating are the character voices. Don’t misunderstand me, I love that they have the actual voices for Rick, Morty, Birdperson, and so on in the game. What bugs me is that there isn’t much variety in what they say, so a lot gets repeated. It starts to lose its appeal after hearing Rick say the same thing about farting several times in one minute.

As a fan (not super fan, but a fan) of Rick and Morty, as well as a long-time enjoyer of Pokémon, I’ve been having a lot of fun with Pocket Mortys. It strikes a nice balance between making references to the show and being a somewhat simplified “Gotta Cath ‘Em All!” homage. You gotta try this, broh.