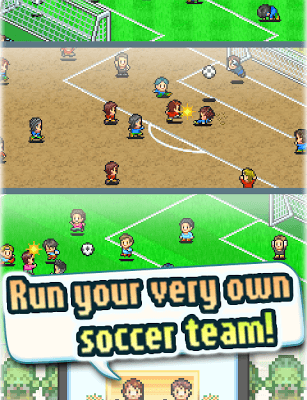 I should be absolutely sick of Kairosoft games. After recent releases Pocket Stables and Dream House Days, along with a few years of other titles, the Japanese developer should have been deemed a one trick pony. Fortunately, they do their one trick so well that any flaws and lack of originality are overshadowed by charm and fun. Pocket League Story 2 is no exception.

The sequel to a 2011 release, Pocket League Story 2 puts you in charge of a brand new soccer team. The small, but charming customization Kairosoft is known for is apparent from the start. You’ll be able to customize team names and jerseys, as well as build your team captain from scratch, including stat allocation. There’s not a ton of this customization found throughout the game, but what’s present at the start is more than enough to get the ball rolling and set the tone for the rest of the game. 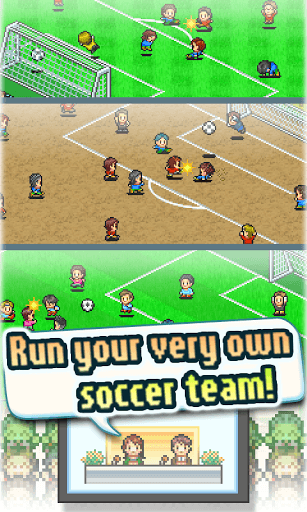 Once the team is formed, the pacing and gameplay start to resemble just about every other Kairosoft title. The majority of vital gameplay is accessed through the detailed menu system; understanding the menu layout is important, and Pocket League Story 2 does a fine job at keeping everything wisely organized. The first order of business is to meet the coach and hire new players. You can direct the coach to run the team how he sees fit, or follow your direction. Strong players can be recruited, but it costs money to initiate negotiation and it won’t guarantee they’ll sign.

As it often is with other games, currency management is one of the most important areas in the game. Fortunately, it’s much easier to make money in the early stages of Pocket League Story 2. Adding on to the practice facility and negotiating with free agents will eat up your money quickly. Playing in league or exhibition matches gives you a chance to turn a profit. Every player who plays will be paid a salary, but picking up sponsors, selling merchandise, and getting team fans to attend games will help counter salary costs. Winning matches, which is easy early on, will result in big gains. 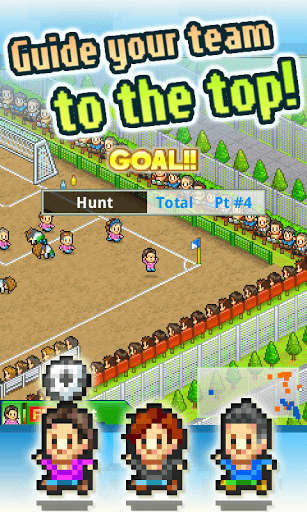 Playing a match is one of the most hands-off areas of Pocket League Story 2, but it’s also exciting. Before the match, you can confirm your lineup, formation, and general strategy. Between halves and during timeouts, the same options can be applied, along with up to three substitutions per game. Substitutions need to be used wisely. As players commit fouls or get worn down, they may need to be subbed out for the benefit of the team. The on-the-field action is mostly automated, but the offensive strategy can be changed at any time, time out can be called during a dead ball, and “aura” can occasionally be activated, giving a player extra ability.

Players level up and increase stats after matches. Extra training can be performed during practice to help increase certain stats and quickly make certain players into a formidable threat on the field. Certain items can be consumed that either boost stats or teach skills. More of these items can be purchased from in-game shops, but they’re often expensive and need to be used wisely. Because Pocket League Story 2 is a free-to-play title, Kairosoft also sells in-game coins that help with certain projects. Coins are hardly a necessity to enjoy and excel in the game, but they’re nice to have in some situations. 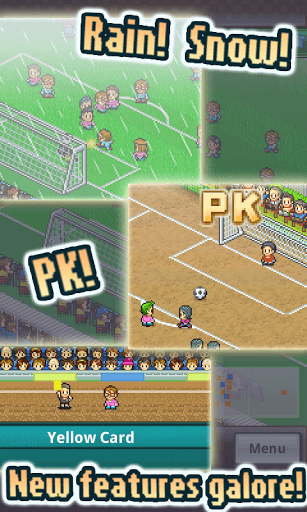 Like almost every Kairosoft title before it, there’s always one goal, but plenty of ways to get there. Building a top-level soccer team is a bit easier than developing a best-selling game or raising a Triple Crown racehorse, but the challenge is still present. By now, most Kairosoft games lack a sense of individuality, but Pocket League Story 2 doesn’t care, and neither should you. If you really hate soccer, this game may not be for you, but the sport itself is such a minor part of the experience. Would it be cool to see Kairosoft try something drastically different? Sure, but this game is proof that it doesn’t need to happen right now.

Jack Keane 2 – The Fire Within Review